Family of brutal stabbing victim say: 'We cannot begin to move on until we get justice for Calvin' 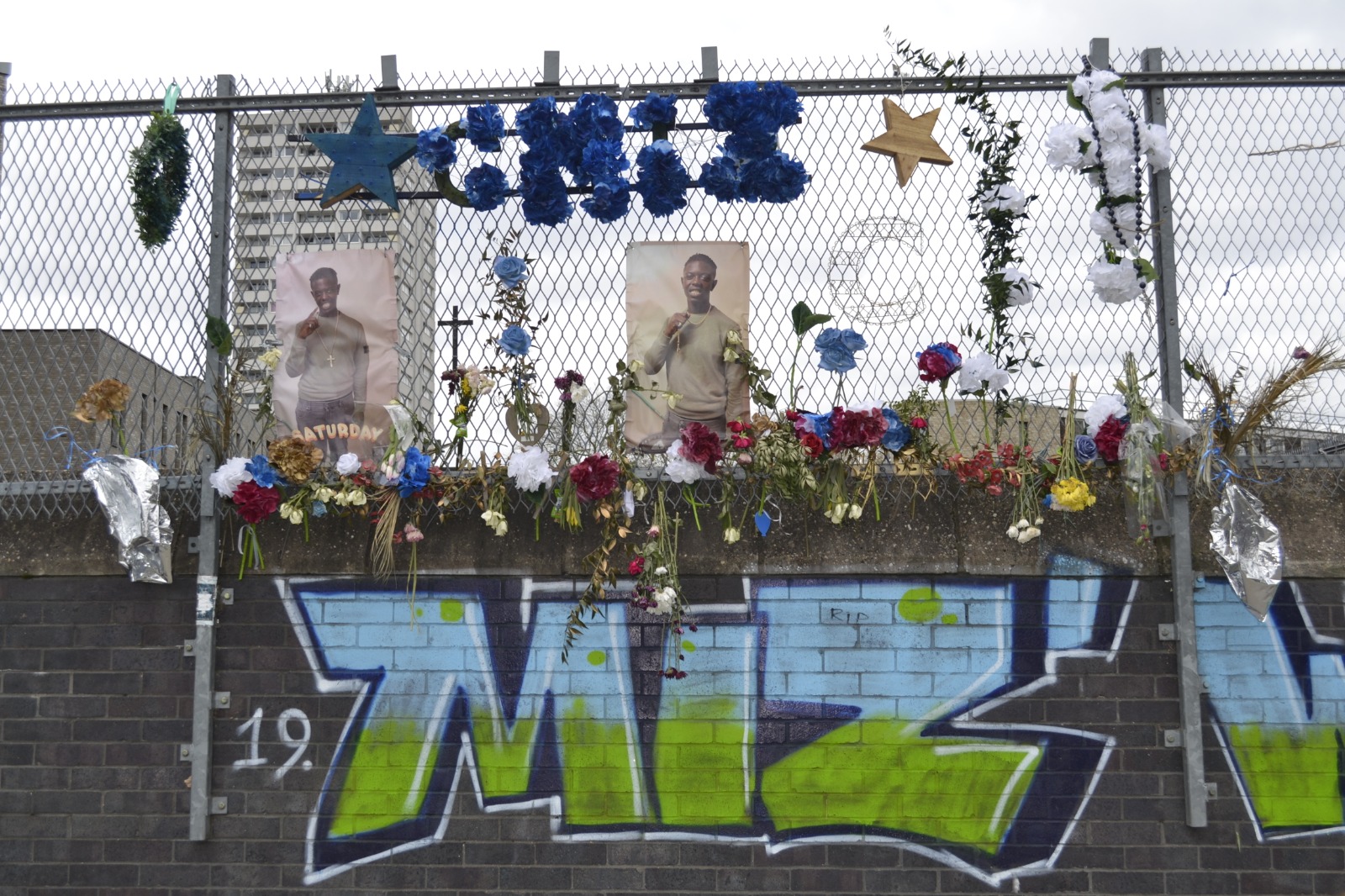 POLICE issued a new plea for help in their search for the killers of a young man ambushed by knifemen in Gospel Oak two years ago.

Friends, meanwhile, restored the shrine to Calvin Bungisa, which stands close to the spot where he was attacked.

In what is considered one of Camden’s most brutal stab killings in recent years, the 22-year-old was chased down in the street by a group of masked men on April 1 2019.

He was stabbed multiple times in Grafton Road just before 8.30pm and died shortly afterwards despite paramedics’ attempts to save his life.

Video footage of the attack and the getaway car was captured on the dashcam of a nearby car but police have been unable to identify the assailants who were dressed head-to-toe in black and had covered their faces.

The short clip of the attack itself, which has been shown to a coroner and seen by detectives, shows four males run out of Vicars Road and down Grafton Road where the killing took place.

The suspects then ran back into Vicars Road and got into a dark-coloured VW Bora car to escape. It drove off in the direction of Weedington Road. Hours later the car was found burnt out in Court Gardens, Highbury.

It is believed Mr Bungisa, who lived on the Ampthill Square Estate, could have been a victim of a conflict between two rival gangs in the borough.

A few hours before the attack he had received a phone call with what has been described as disturbing news, but police have not been able to discover what the call was about.

No one has yet been charged with crimes relating to Mr Bungisa’s death.

Mr Bungisa’s family said in a statement: “We are, as a family, still devastated after Calvin’s murder two years ago. Calvin’s mother is in constant pain and feels like she is living in a nightmare. We cannot begin to move on until justice is brought to those who committed this brutal crime. We appeal to anyone who knows anything to come forward to the police.”

Detective Chief Inspector Mark Cranwell, who leads the investigation, said: “I am hoping that with the passing of two years, people who didn’t feel able to come forward at the time of Calvin’s murder may now feel that they can be of assistance.”

Speaking directly to Calvin’s friends, DCI Cranwell said: “Please do the right thing by your friend, let us know what happened that night, do it anonymously if you need to, but please do get in touch and help us to bring some peace to Calvin’s grieving family. Remember, Crimestoppers do not work for the police, they don’t keep a record of your IP address and they won’t even ask for your name.”

He added: “Time has not dulled our commitment to establish the facts relating to this murder and identify and apprehend those responsible for taking Calvin away from his loved ones.”

Police say they are still committed to finding Calvin’s killers

Police say the investigation remains live and enquiries are ongoing and there is still an unclaimed Crimestoppers reward of up to £10,000 for information leading to the conviction of Calvin’s murderers.

Alternatively, call Crimestoppers anonymously on 0800 555 111 – they will not ask your name or trace your call.

Any young people who have information about violence or knife crime, can visit www.fearless.org, where they can pass on information anonymously. Fearless, like Crimestoppers, is also independent of the police.