Two arrests over disappearance of teenager who went missing in 2007

Andrew Gosden had bought a one-way ticket from Doncaster 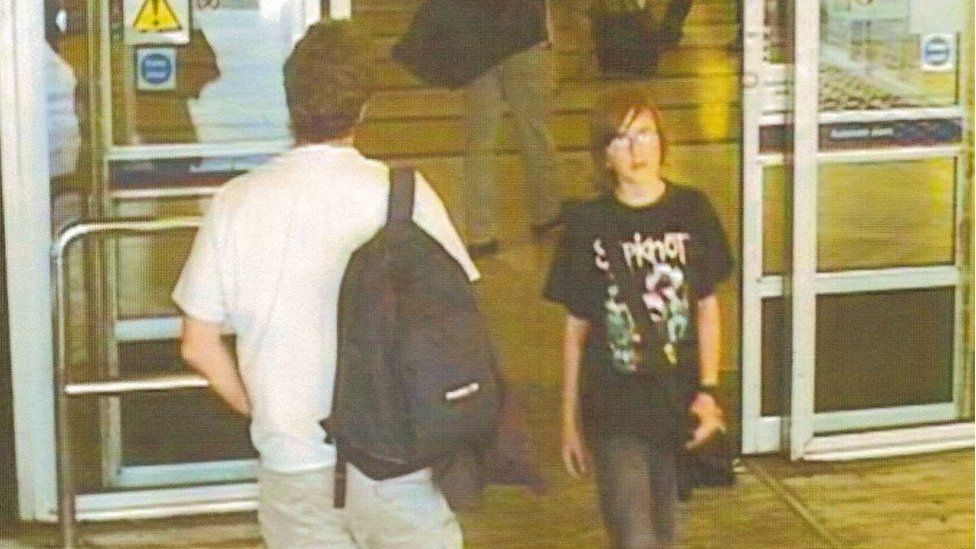 Andrew Gosden on CCTY in King’s Cross in 2007

DETECTIVES have made two arrests in relation to the disappearance of a teenager who has been missing for nearly 15 years.

Andrew Gosden could not be traced beyond CCTV footage at King’s Cross station in 2007.

He had travelled from his home town of Doncaster when he was 14.

Over the years, his family have released age-processed images of how he could look now as an adult and made television appeals for help.

Detective Inspector Andy Knowles said: “Our priority at this time is supporting Andrew’s family while we work through this new line of inquiry in the investigation.

“We have made numerous appeals over the years to find out where Andrew is and what happened to him when he disappeared.

“I would encourage anyone with any information they have not yet reported to come forward.”

Police have now said men aged 38 and 45 had been arrested in London last month on suspicion of kidnap and human trafficking.

The older man was also arrested on suspicion of possessing indecent images of children.

Both have since been released under investigation.

His route from there could not be traced; possible sightings were registered in Oxford Street, Covent Garden and Brighton.

He was pictured wearing a black Slipknot band T-shirt, having returned home early from school and changed out of his uniform.

Records showed he removed £200 from his bank account and bought a one-way rail ticket. On the train, he had been seen playing with a portable games console.