Twell lights up the track at 10k PBs 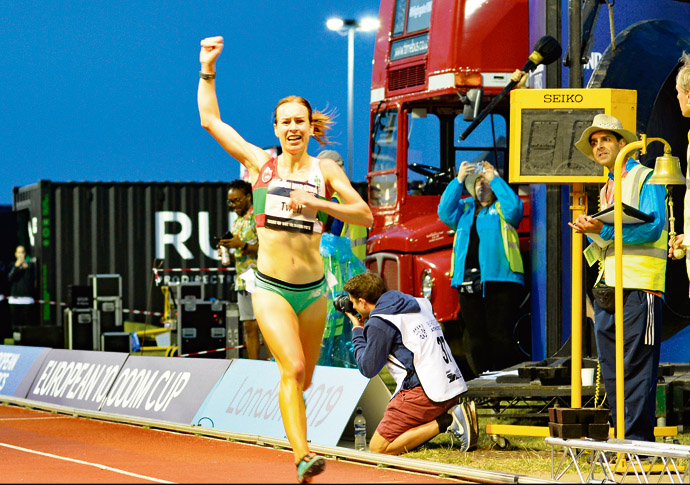 THE 25-lap party that is Highgate Harriers’ Night of the 10,000m PBs returned on Saturday with thousands of spectators flocking to Parliament Hill to celebrate athletics in all its glory.

There were fireworks both off and on the track as the much-loved showpiece – led by volunteers – which is 100 per cent free to spectators, returned for a seventh year.

With PBs falling at a canter, one of the highlights of the night saw Steph Twell overhaul European champion Lonah Chemtai Salpeter to win the British title with a superb time of 31 minutes, 08.13 seconds.

“A few months ago, in my head, I would probably have let her go,” said Twell after her race success.

“On the back straight, I just thought, I could still see her heels, I’m not letting her go. I didn’t even think about her as European champion, she was just another girl in the race, and that was important to me to think she wasn’t out of reach.”

Fellow Scot Eilish McColgan also put in a stunning performance to clock a time of 31:16.76 and take an individual silver medal in the European 10,000m Cup and lead GB and NI to the team golds overall.

The event wasn’t just about top class running, however. There was also a whole host of family entertainment, including live music, circus performers, pyrotechnic dancers and food and drink.