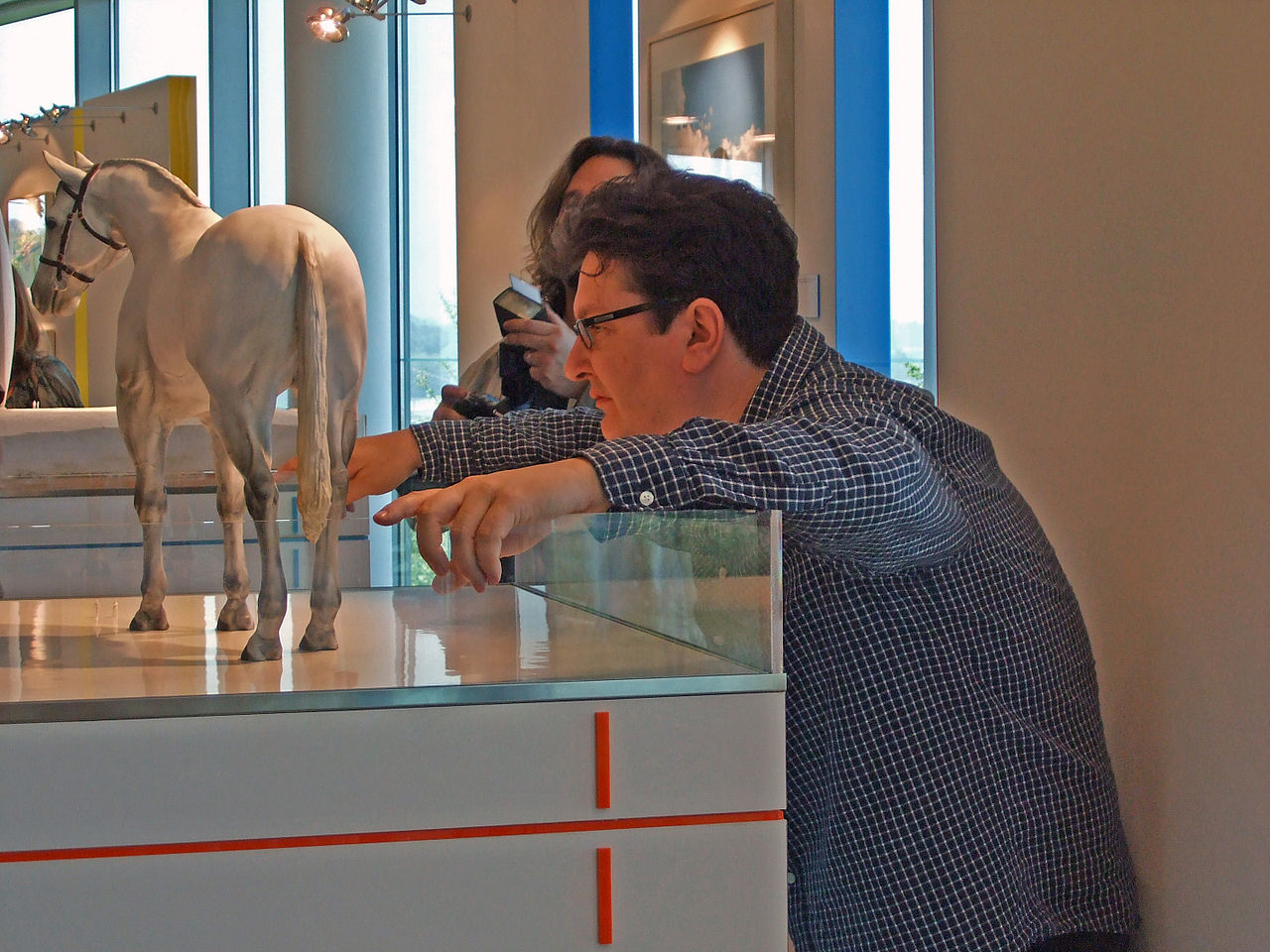 HE is the Turner Prize-winning artist who filled the empty plinth in Trafalgar Square with the celebrated piece Ecce Homo, a depiction of Christ with a fairly tubby tummy that was also displayed at St Paul’s Cathedral.

Now Mark Wallinger’s artistic adventures have led him to a Tufnell Park secondary school where he has taken up a post as an artist in residence working alongside students.

To mark his arrival, Acland Burghley School, which has had a celebrated arts department over the decades, is holding a special art auction tonight (Thursday).

Funds raised will go towards improving an assembly hall in the Grade-II listed school. Mr Wallinger, who has a studio in Archway, joined the school as part of a Londonwide programme established by art teacher Andria Zafirakou, who is originally from Camden Town and won the Global Teacher Prize last year. She used her £1m prize money to pay for the project across the city.

Mr Wallinger told the New Journal: “I am going to work with students through to the summer. I am passionate about art in the public realm and I want to look at how, in the last few decades, this has become somehow tamed. I want work for everyone to experience, without having to go into a gallery.”

He will draw on his work for London Underground called the Labyrinth project, which was commissioned to mark the service’s 150th birthday, and has other ideas to develop with students which are currently being kept under wraps.

Mr Wallinger, whose past work includes a re-creation of peace protester Brain Haw’s camp outside Parliament for an installation at Tate Britain, said: “I have been so impressed with the school, the art space and the dance studios. It has much potential.”

And he called on the government and policy-makers to recognise the impact the arts have on schools – and not to relegate their importance in the curriculum.

“Creativity should be at the heart of education. We are going through some strange and frightening times in education. The creative industries in Britain are a great success. They inspire people,” said Mr Wallinger. “It can’t be learning by rote – students need to be inspired to fulfil their potential. And you need to look at education holistically – you need to be able to think creatively if you are going to be a scientist – and the arts are all about finding out about yourself, and Acland Burghley is a great example of that.”

Headmaster Nicholas John said: “Acland Burghley has a proud history of being a very creative school, and having our first ever artist in residence builds on that tradition. “We are absolutely delighted that an artist as esteemed as Mark Wallinger has chosen to work at Acland Burghley for the next academic year. We can’t wait to start working with him.”