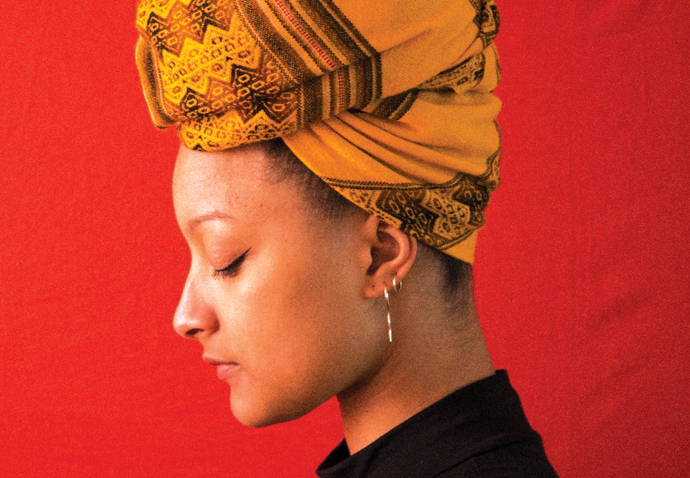 THERE is a hoary old New York City joke about a lost tourist who seeks directions from a smart-mouthed street vendor. “Excuse me,” the visitor asks, “how do I get to Carnegie Hall?” “Practice, practice, practice,” comes the reply.

You could easily relocate the joke to Soho and Ronnie Scott’s. There are jazz players who have waited their entire careers before treading those storied boards. But saxophonist and composer Nubya Garcia isn’t going to be one of them.

She will be co-headlining at the Frith Street club on August 15. Not bad for a 25-year-old from Camden Town.

DJ Gilles Peterson, a man who knows a thing or two about musical trends, has called her “a young trailblazer” and “a great ambassador for the new jazz scene” and when she appeared on his BBC 6 Music show it was the most listened to episode of the year. He also invited her band to open his Worldwide Festival in the South of France recently.

“I was born in Camden, the King’s Cross end, the youngest of four children, all of whom played something,” says Nubya. 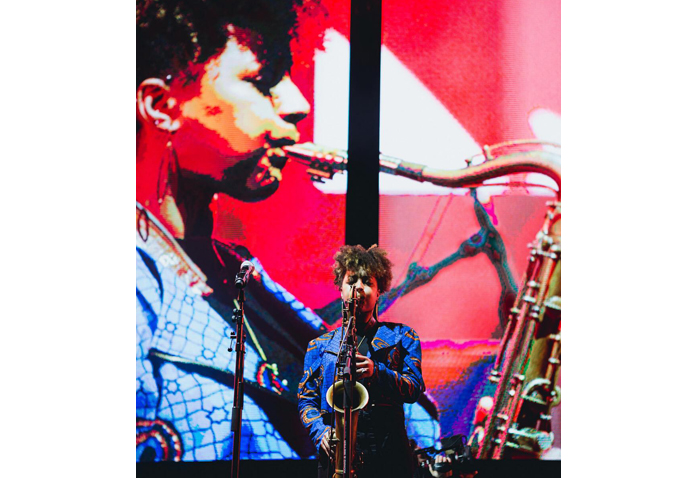 And her parents? She laughs. “No, not at all. Although my mum loved classical music. Sunday was always classical day in our house. But my step-dad was a trumpet player and hugely encouraging musically.

“I started off on violin and piano but when I was nine he bought a really old, like wartime, clarinet into the house and I learned that. When I was about 10 I got a saxophone as a surprise present.”

But the violin and subsequent viola still held sway and she played with Camden youth orchestras before she was accepted on to the Royal Academy Junior Jazz Course (“the only woman, a bit of a shock after Camden School for Girls”) and subsequently discovered the Tomorrow’s Warrior’s workshop on the South Bank, where she was mentored by jazz giants Gary Crosby and Jean Toussaint.

With sax now very much her calling, the viola was quietly shelved. “Still, it took me three attempts to get into college,” she adds ruefully.

What did she do in the meantime? “Woodshedding.” In other words, practice, practice, practice, including a summer course at the legendary Berklee College of Music in Boston, which offered her a scholarship, although it wasn’t enough for her to live on.

She came back for a place at the Trinity Laban Conservatoire of Music and Dance in south London.

And her success owes as much to a generation of dance music and club culture as it does to old Blue Noter albums.

“Ten years ago lots of the clubs I now play in barely had any live music – but now it’s integral to what they do,” she says.

“Jazz is dance music at the end of day and it’s going back to those roots. And I love dance music of all kinds.” 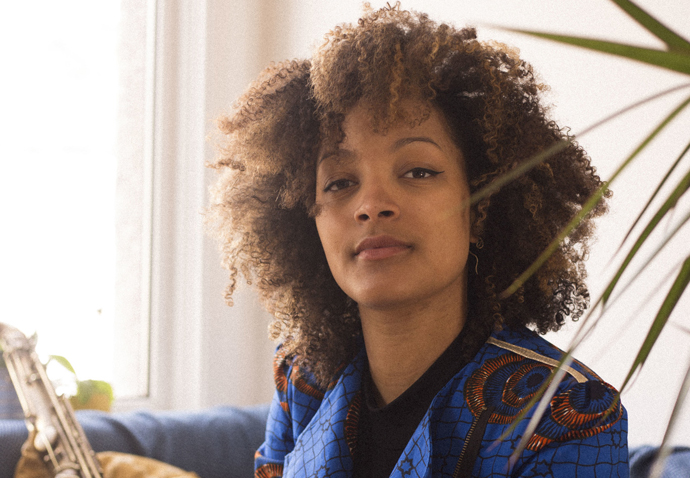 Like many of her contemporaries, Nubya sees no boundaries between jazz, hip-hop, grime, dub, trap and lots of other uniquely British sub-genres of club music. “It’s all just UK music I love to write, play or listen to,” she says with a shrug. “We all grew up with it.”

Gilles Peterson agrees: “I think it’s one thing we have got over the Americans,” he told me. “All those different variations of dance music coming out of our clubs – house and grime, via acid house, dubstep and drum and bass and it is all British. The Americans are incorporating some of it, but our people are actually going to the parties, so they are organically absorbing it.”

One of the inspiring aspects of the new jazz scene is the way it seems to operate as one huge collective. Players pop up in each other’s band in an ever-changing combination, names like drummer Moses Boyd, bassist Daniel Casimir, tuba player Theon Cross and Nubya herself to the fore.

And women are well represented in the mix. Nubya is part of Nerija, a group put together at Tomorrow’s Warriors’ workshops to inspire female jazz players, which includes the guitarist Shirley Tetteh, alto player Cassie Kinoshi, trumpeter Sheila Maurice-Gray and Rosie Turton on trombone. They recently lifted the roof (well, the floor of the restaurant above) off the Pizza Express Soho with their mix of township, high-life, Afrobeat, hip-hop and straight ahead blowing.

Her recent album launch at the rejuvenated Jazz Café in Camden was equally rapturously received and I was struck by the demographic of the audience: perhaps 90 per cent was under 30 and close to 50 per cent female. Did that surprise her?

“Not really, not given the places I’ve been playing the past couple of years. Young people are coming out to see us at XOYO, Church of Sound in Clapton, the Mau Mau Bar on Portobello Road. The audience for jazz-influenced music is changing massively.”

What does she reply to people who say they don’t like jazz? She bristles a little.

I saw Nubya play in four different ensembles in as many weeks, fronting her own band, which incorporates everything from McCoy Tyner to Caribbean calypso (“It’s part of my heritage”); in the front line of Nerija; nimbly navigating the outer reaches of cosmic jazz at the Love Supreme Festival with the band Maisha and playing alongside rising neo-soul star (and daughter of Deptford) Poppy Ajudha. I can tell you, there is a Nubya gig that is right for you. Ronnie Scott’s will be a good place to start.