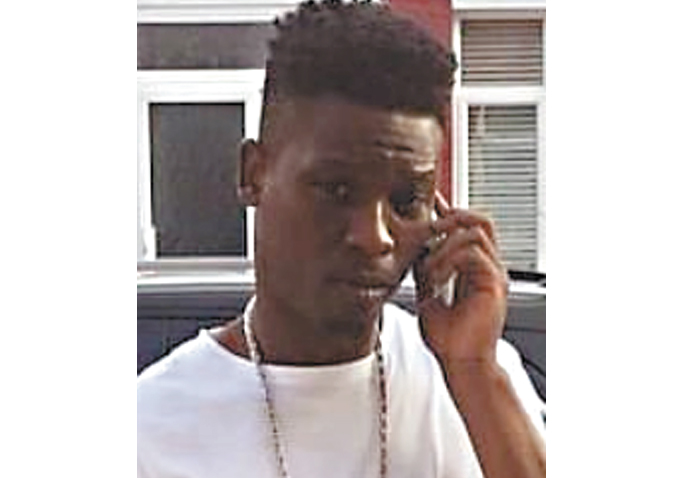 A MAN on trial for the murder of a father-of-two in daylight in Islington left a trail of blood to his own front door, a court heard this week.

Marcel Campbell, 30, died after being stabbed in front of an ice cream shop in Upper Street in May. He suffered 17 knife wounds in the attack, which started in a parked van and spilled onto the pavement.

Doctors from the air ambulance operated on his heart in the street, but he was declared dead at 7.14pm.

Reece Williams, 22, has pleaded not guilty to murder at the Old Bailey.

Jonathan Rees QC, opening for the prosecution, described how Mr Williams, who lived in King’s Cross with his mother and three siblings, ran towards Angel after the stabbing.

He had suffered a “bad cut” to his right index finger during the attack, the court heard, and “left a trail of blood behind him on the pavement as he made off”.

He was spotted by two concerned occupants of a car, who stopped to check on his welfare as he entered Milner Square. CCTV footage showed his “jogging bottoms covered in blood”, Mr Rees said.

The jury were told that the two people in the car offered Mr Williams a towel, some water and a lift to his home in Northdown Street while unaware of what had happened in Upper Street.

They quickly notified police after hearing about the stabbing and led them to Mr Williams’ home address, the court was told. 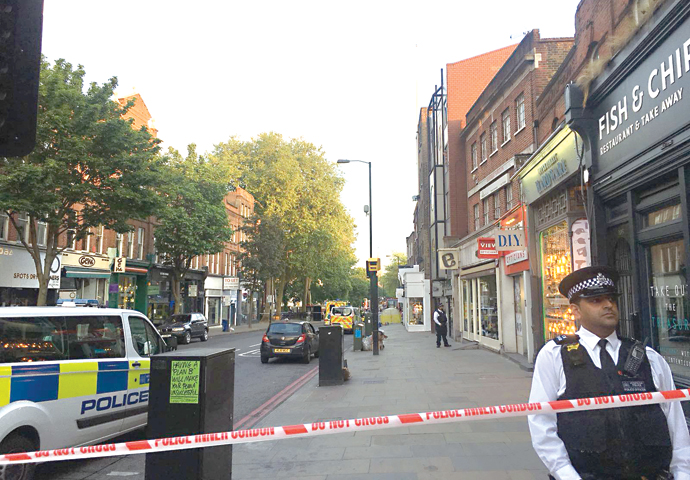 Scene of the attack in Upper Street

Mr Williams handed himself in at Holborn Police Station four days after the stabbing.

Various blood stains were found on the route Mr Williams took and in the car which drove him home, Mr Rees said.

Mr Campbell, from Tottenham, had been in the Peugeot transit van since the morning of the attack. It was being driven by his friend, Gabriel Prempeh, who worked as a delivery driver, the jury heard.

They picked up Mr Williams in the evening outside a block of flats in Killick Street and headed towards Upper Street.

“The time by now was around 6.30pm. It was still daylight and the weather was good. There were a number of pedestrians, shoppers and cyclists in the immediate vicinity of the van as it came to a halt. They witnessed an unexpected and shocking set of events,” said Mr Rees.

Phone records indicate that Mr Campbell and Mr Williams had met in King’s Cross three days before the attack.

The court heard on Monday from a witness, giving evidence from behind a curtain, who described seeing the “struggle” in the van as he was walking along the pavement.

He said he saw a hand holding a knife emerge from a passenger side window, which was open, and stab the left hand side of another man in the van.

Mr Rees read a prepared statement from the defendant which he had presented to police during his third interview.

The statement said he worked as a chef for a restaurant inside law firm Clifford Chance offices in Canary Wharf. He denied murder and said he acted in self-defence after Mr Campbell produced a “big kitchen knife”.