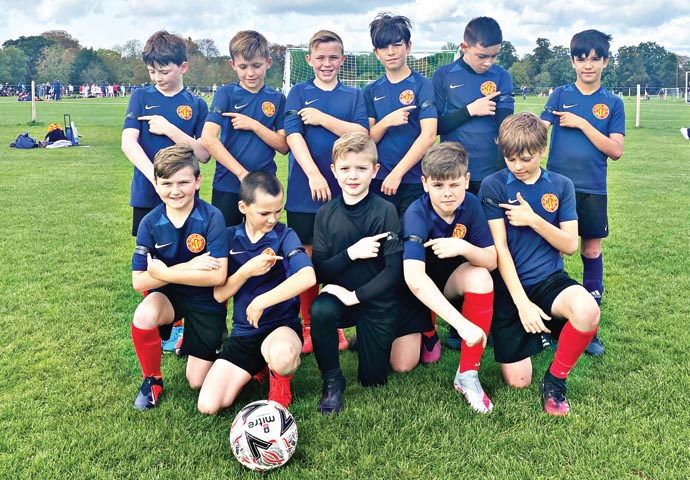 KENTISH Town FC made a flying start to the new season on Saturday, scoring eight goals without reply in their opening match in the Regent’s Park Youth League, writes Steve Barnett.

But for the players the game was about a lot more than just points.

The Under-11s side, who will be playing up an age group in the Under-12s division this term, are dedicating their campaign to one of the parents, Dave Head, who unexpectedly passed away in May.

Against Just Play FC on Saturday all of the players showed their respect by wearing black arm bands. And in a fitting tribute, Dave’s son Teddy stole the show by scoring a hat-trick in an 8-0 victory.

Town’s head coach Thomas Looney said: “It’s great to see all of the players wanting to show their respect for Dave, it just shows how much he meant to us all.”