Council says it is 'looking into how this has happened' 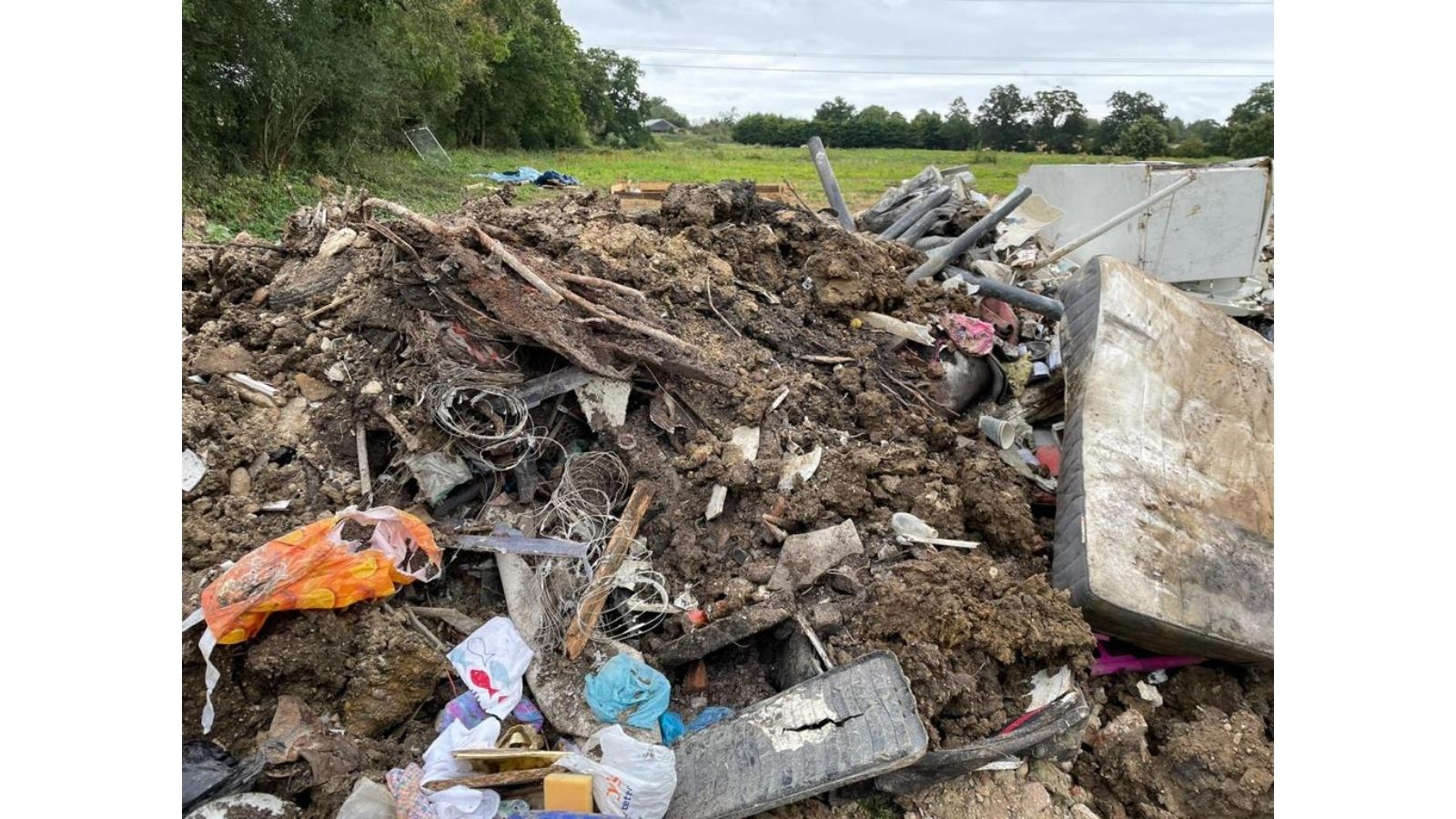 The dumped waste in Hertfordshire

CONFIDENTIAL council papers have been found in mounds of rubbish fly-tipped on green belt land.

The Town Hall is sending an officer to Borehamwood, Hertfordshire, today (Thursday) to investigate how around three skips’ worth of rubble – including dozens of emails mainly relating to maintenance contractors, housing clearances and repair estimates – came to be dumped in a countryside field.

The debris included more than 200 documents, a fridge and even packs of empty medicine packs stamped with council workers’ names on them, according to landowner Ozmen Safa.

He said: “It’s a whole collection of junk, but in there is a lot of sensitive information about residents and repairs to social housing, quotations and how much things cost. Some bits are really sensitive. Am I going to have to dispose of the council’s waste? How ironic would that be?”

Camden was criticised earlier this year by statistics showing the borough had the most fly-tipping complaints in the country.

The Town Hall has suggested perpetrators are “anti-social” and “doing harm to the community” but this week it was told to get its own house in order.

Mr Safa said: “I had been abroad and I got back and found my field full of this all this stuff. The land is just on a country lane basically, but near to the main artery of the A1. 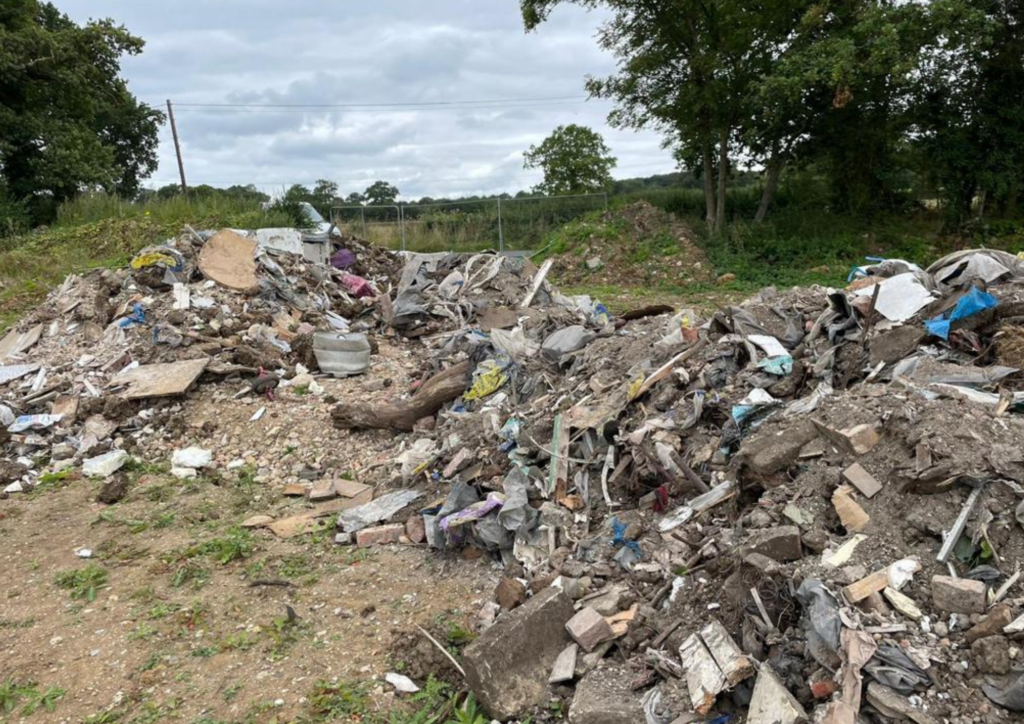 Confidential information was found amongst the mess

“It’s probably right on a route of a disposal truck coming out of London to some centralised unit.”

Mr Safa said he had planning permission to open a stables in the field north of Barnet, Hertfordshire, adding: “It looks from the paperwork of a contractor employed by Camden Council to deal with clearing properties.

“They were obviously left with a load of crap to throw away and thought we’ll just get rid of it.

“The council go on about fly-tipping but now someone has dumped their stuff on my land and it’s got something to do with the council.”

In March, Camden was revealed as having the biggest number of fly-tipping complaints in the country – with 34,465 incidents reported compared to 26,004 the year before. Complaints have mounted about piles of rubbish bags waiting to be collected on street corners, occasionally being blown down the road or split open.

Recycling rates have also fallen to the lowest levels with residents putting just a quarter of their waste in the recycling bins.

Cllr Oliver Cooper, leader of the Camden Conservatives, said: “Camden already has the most fly-tipped streets of any council in the country – now it seems the council is making other boroughs as filthy as it’s become. Camden can’t just dump its problems on other councils. The council must monitor the waste it produces and the waste it collects from residents much more closely.

“If this much rubbish can be dumped by the council and its contractors, then it’s open season for other rogue waste producers and fly-tippers. “Camden’s lax waste management has led to recycling falling even after it slashed bin collections. A fifth of rubbish sent to recycling in Camden has to be burnt because it’s contamin­ated. We need a root and branch appraisal of how to end Camden’s rubbish crisis.”

In June, the council launched a new app so residents can report evidence of fly-tipping directly to private contractor Veolia.

The Love Clean Streets app aims to allow street-snooping neighbours to alert the company with a “pinpoint location” of an offence. The council issued 339 fixed penalty notices for fly-tipping last year.

In June, Cllr Adam Harrison said: “People who fly-tip are anti-social individuals doing harm to our community and cost the council, residents and businesses money.”

A Camden Council spokesperson said: “We are in contact with the landowner and are visiting the site tomorrow to inspect the fly-tip and try and find out who is responsible. Secure management of the information and data we hold is a responsibility we take very seriously and clearly this is not the correct way to dispose of this documentation.

“We are currently looking into how this has happened.”