Town celebrate in style as league signs off for the summer 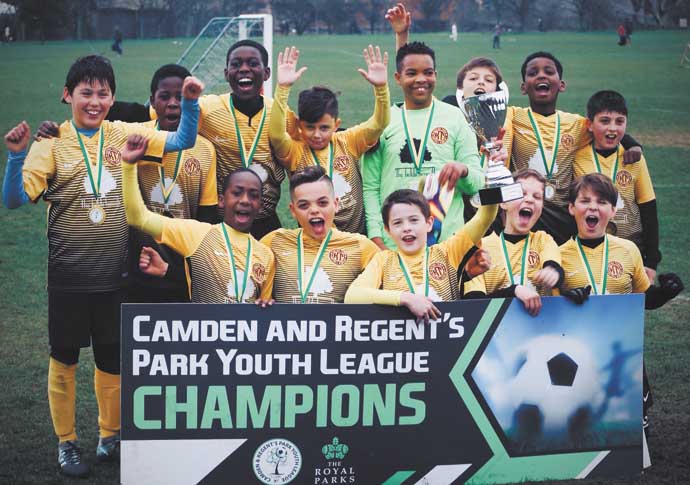 THE Camden and Regent’s Park Youth League signed off for the summer in style on Saturday as scores of talented young footballers gathered for a day of medals and memories. 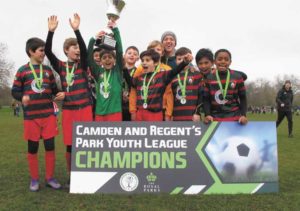 Among the highlights was a special Under-7s cup tournament which saw top teams from across Camden and Islington show off their skills in the hope of scooping silverware. 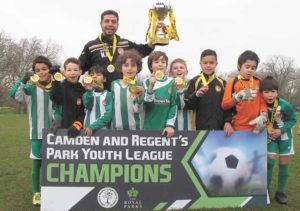 Soccerskills Academy Under-9s with their League Cup and medals

At the end of a thrilling competition, it was the boys from Kentish Town Football Academy who were cheering the loudest. 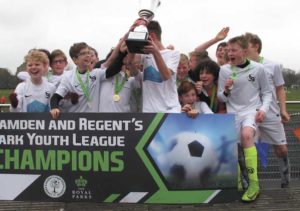 They didn’t lose a single game on their way to the final, where they beat rivals Rugby Portobello Trust 1-0 thanks to a clinical finish from Lir Pallaska. 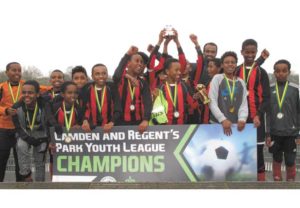 “The boys have worked extremely hard this year and have progressed immensely,” said Town head coach, Thomas Looney. “They deserve to have something to show for all that hard work. 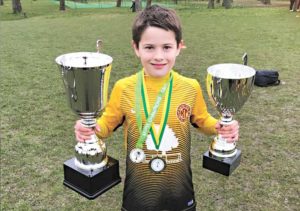 “Our Under-7s coach, Leon Cresto-Dina, is only 17 and has done a fantastic job motivating and inspiring the team. He’s a great role model for anyone looking to get into coaching.” 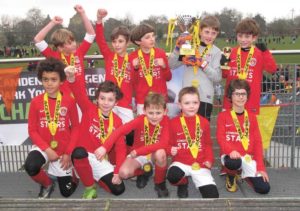 Town’s Under-11s were also celebrating after coming from a goal down to beat Eagles United on penalties in their League Cup final. Eghosa Oyairo headed home an equaliser in normal time to take the tie to spotkicks, where goalkeeper Elliot Bassett shone by making a couple of fantastic saves as Town sealed a 3-2 victory. 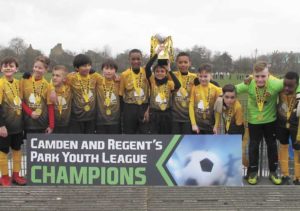 The party had only just started for triumphant Town as they capped a memorable afternoon when their Under-12s secured the league and cup double. Hotshot Daniel Flynn scored the only goal as the team from NW5 beat CM Futsal 1-0 in their League Cup final to complete a remarkable season for the age group – one that could still get even better. 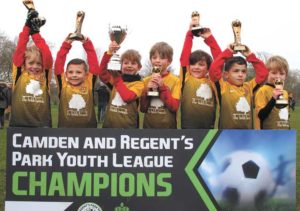 “It’s been a great season for us,” added Mr Looney. “Our Under-12s still have the chance of making it a treble of trophies when they play in the AFA County Cup final after Easter.” 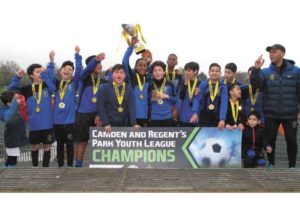 Silverware Saturday also saw jubilant players from Soccer Stars Academy celebrate a double after they beat Camden Town Youth 3-1 to add the Under-12s League Cup to the league title that they had already got their hands on. 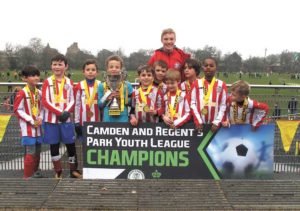 Meanwhile, Al Ansar beat The Hill 3-0 to win the Under-13s League Cup, while Camden Elite ran out 1-0 winners against AFC thanks to a neat finish from Oliver Webster to be crowned the Under-14s League Cup kings.

A number of champions also turned up on Saturday to collect their league titles, including Regent’s Park Kings, who won the Under-12s Division, and Parliament Hill Youth and Totally Goal Eagles, who both won their respective Under-13s divisions.