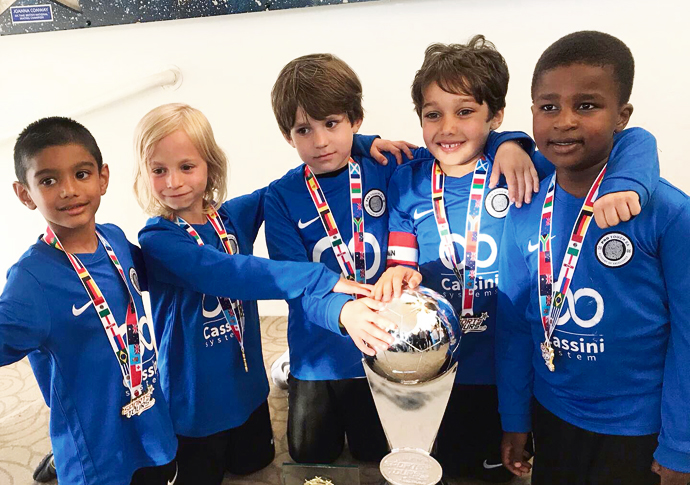 YOUNG footballers from Pro Touch SA soaked up the sun and all the silverware as they enjoyed “a weekend they will never forget” in Blackpool.

Coach John De Dominicis said there was “unbelievable noise” as two squads from the football academy made their way back from the Blackpool International Cup clutching no fewer than five major trophies between them.

Taking part in a league format, the unbeatable Pro Touch Blues were crowned kings of the Under-8s five-a-side tournament after winning five and drawing one of their games during the two-day competition, which was held at Fleetwood Town FC’s Poolfoot Farm training ground.

Despite scoring a staggering 16 goals along the way, it was the Blues’ goalkeeper Bobby Horton and defender Lorenzo Brigitte who were singled out for praise as the team conceded just six goals on their way to the title. 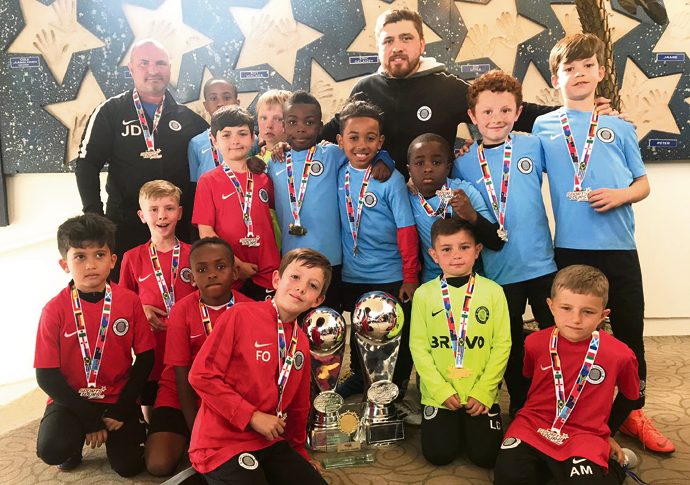 The Pro Touch Under-8s Reds also had reason to celebrate as, led by midfielders Gianni Perkola and Felice Opher, they took the runners-up spot just behind their Blue counterparts.

The success didn’t stop there, however. The Pro Touch Under-7s squad also shone as they won their competition, finishing just a point ahead of AFC Blackpool Wolves. The team of tiny talents won seven and drew two of their 10 games, tasting defeat just the once on their way to claiming the title.

Their coach, Yemisi Ebofin, said the whole team were the “men of the match” as they banged in 30 goals and conceded just 10 along the way.

As they headed home, the players also had to find space in the mini-bus for two more trophies after being presented with the Fair Play Awards for both age groups.

“The way the entire squad bonded was fantastic,” added John.

“We drove down to Blackpool on Friday and stayed for three nights, so it was a great experience for all the players and coaches involved. It gave them a unique opportunity to find their own little personalities, but they also worked really well as a team on and off the pitch.

“We’re all very proud of the boys. It was the Under-7s’ first time on tour as a team, and it was a fantastic performance from everyone.”