Conservative brings out mechanical rodent to protest about bin changes 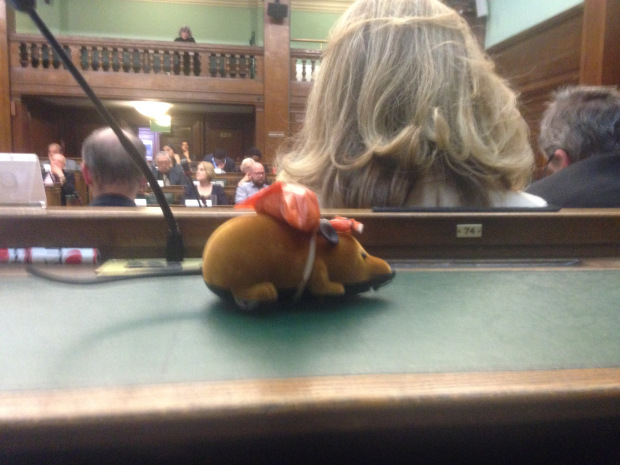 THIS was the moment a Conservative councillor interrupted a debate on Camden’s new waste deal by guiding a remote control rat around the Town Hall chamber last night (Monday). Tory councillor Jonny Bucknell has warned that a move to shift household bin collections in some areas of the borough from a weekly pick-up to a fortnightly system will lead to an increase in rats across the borough. The Conservative group believe fewer collections will lead to an increase in street corner fly-tipping.

Halfway through the debate, Cllr Bucknell marched forward from the back benches put down the mechanical rat and chased it around the chamber in front of shocked members. The stunt came to an end with the Mayor of Camden Nadia Shah banging her gavel. She said she would have to hear from one less speaker due to the delay caused by Cllr Bucknell’s surprise intervention.