CAMDEN wants more of its staff to live in the borough, but employment data shows most of its top-ranked directors live miles away.

A council report said that it was a “key priority” to have more residents in its workforce. Currently, around 17 per cent of staff live in Camden.

Labour councillor Alison Kelly told a scrutiny committee on Tuesday: “If you attend a meeting and you ask people in management how many of them live in Camden, nobody raises their hand. If you ask the same in a meeting with the voluntary sector, most people do. I wonder what we’re not doing quite right to make sure we have people here. ”

She added: “If you look at the number of people who work for Camden and the pay levels then, the more the pay level goes up, the less likely they are to live in Camden.” 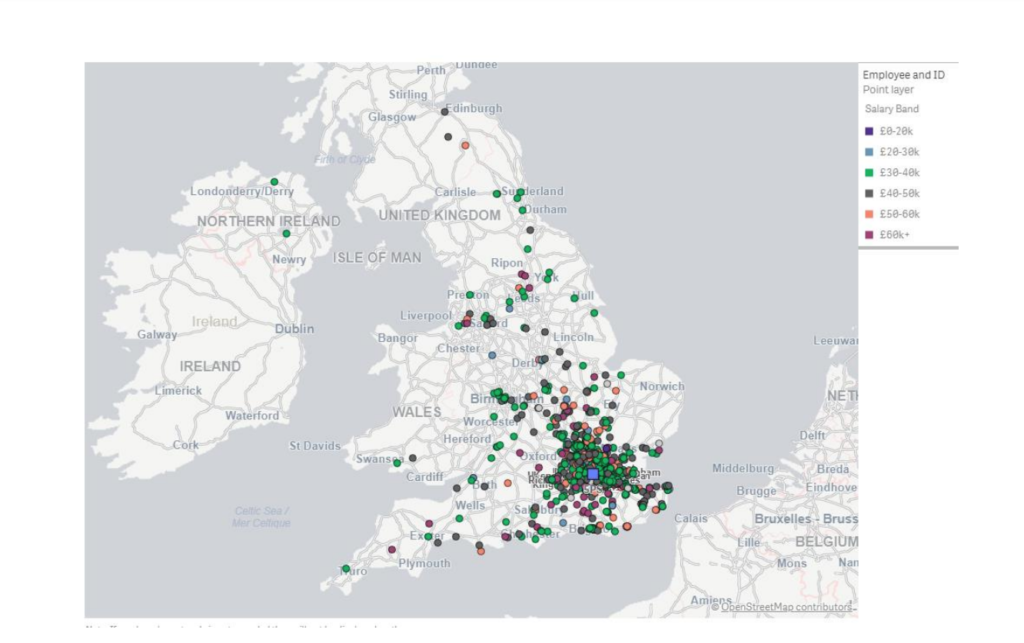 A map published by the council showed people work for Camden despite living as far away as Edinburgh, Swansea and Truro in Cornwall.

The Town Hall’s human resources director Jo Brown, who was presenting her annual report, said that although most staff may not live in Camden, a large percentage lived close by, within 10 kilometres

“Actually, we do have a lot of our staff in a localised area but it may not be Camden, the borough,” she said. “We are understanding a bit more, geographically, the shape of our workforce and will continue to do so.

“What I would say though is that as you get into more senior roles, the skillset is often quite specialist – so we are less likely to find that in a smaller geographical area.  For example, at the moment, we’re out for [recruiting] our director of safeguarding and social work, which is a very difficult role to fill at the best of times. The likelihood of us finding somebody with the experience and the skills that we’re asking for who also lives in Camden is incredibly unlikely.”

Ms Brown told the meeting: “The flipside of that is that we provide our staff with opportunities to connect with the community”, adding that staff now had an extra day’s leave for volunteering “with a focus on Camden”.