Top boss: Hayes scoops third trophy to round off campaign 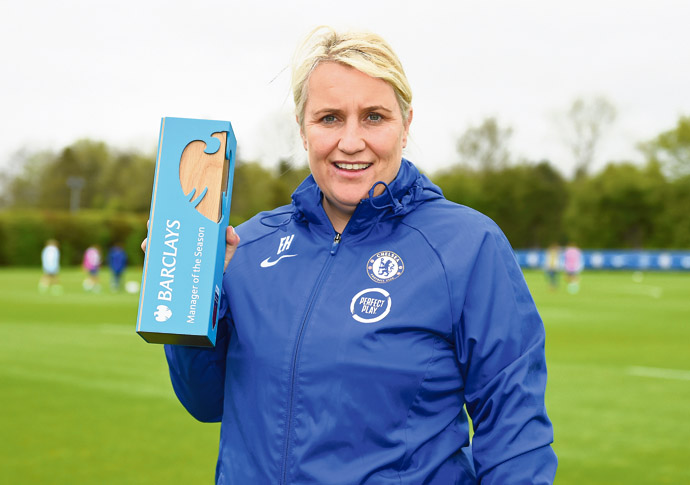 THERE was still time for Camden-born coach Emma Hayes to land one more trophy before the dust finally settled on what has been a fantastic season for the Chelsea boss.

Hayes, who grew up on the Curnock Street estate in Camden Town, enjoyed a stellar campaign with the Blues, retaining the Barclays Women’s Super League title and capturing the League Cup.

The prospect of a domestic treble is also still on the cards, having steered her team through to the quarter-finals of the FA Cup, which will now be played in September. Hayes also led the club to their first Champions League final, where Chelsea finished as runners-up after being beaten 4-0 by Barcelona earlier this month.

And now, to top off a memorable campaign, the former Parliament Hill School pupil has been named Barclays WSL Manager of the Season. Such was Chelsea’s dominance under Hayes, that Fran Kirby was voted Player of the Season, while strike partner Sam Kerr won the Golden Boot and goalkeeper Ann-Katrin Berger won the Golden Glove.

“That’s a wrap. Signing off after a fantastic season,” Hayes tweeted.

“Thank you for all the support. We have missed you all but we heard every cheer coming from your living rooms.”