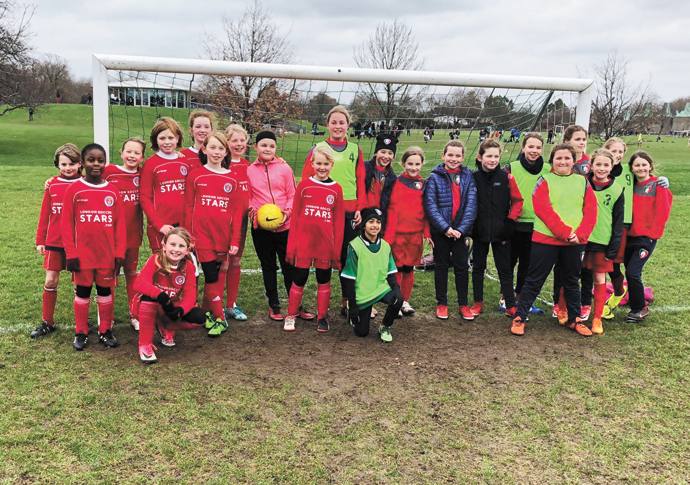 THE Camden and Regent’s Park Youth Football League have launched their new girls’ division – and the good news is that not only is it free, but there is still time for clubs to sign up and join the action.

On Saturday Malaika Obeng and Leah Nilson traded goals as London Soccer Stars and Regent’s Park FC played out a thrilling 1-1 draw in one of the first girls’ fixtures to be hosted by the league. 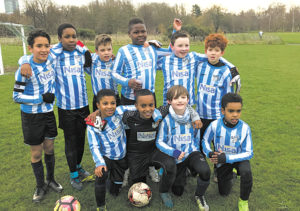 “There’s a growing demand for girls’ football, which is something we’re proud to support,” said League Secretary Will Cave.

“We’ll be running games for teams aged from Under-10s to Under-13s every Saturday between 10am and midday, and it will be free of charge.”

Despite the gloomy weather at the weekend, the search for silverware was still in full flow.

Among the teams celebrating was London Soccer Stars, who booked their place in the final of the Under-8s League Cup with a 2-0 victory over Atlantic Allstars.

The tiny talents will now play Daryl’s Dragons in the final following their 2-1 victory over Brent Cross Football Academy. 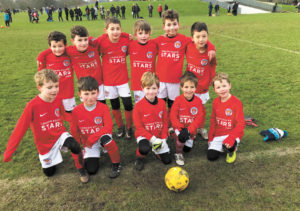 Players from Somers Town-based Plot 10 were also cheering loudly after they beat The Hill on penalties to make the final of the Under-10s League Cup.

The game had finished 1-1 in normal time, with Luke Williams scoring for Plot 10 and Luke Mahboubian hitting the target for The Hill. Goalkeeper Sammy Wright was the shoot-out hero as he helped Plot 10 win 4-3 on penalties.

They will now play Queen’s Park in the final following their 5-3 victory over London Soccer Stars.

• Any clubs interested in finding out more about the Camden and Regent’s Park Youth Football League’s new girls’ division should email info@crpyl.co.uk for further details.