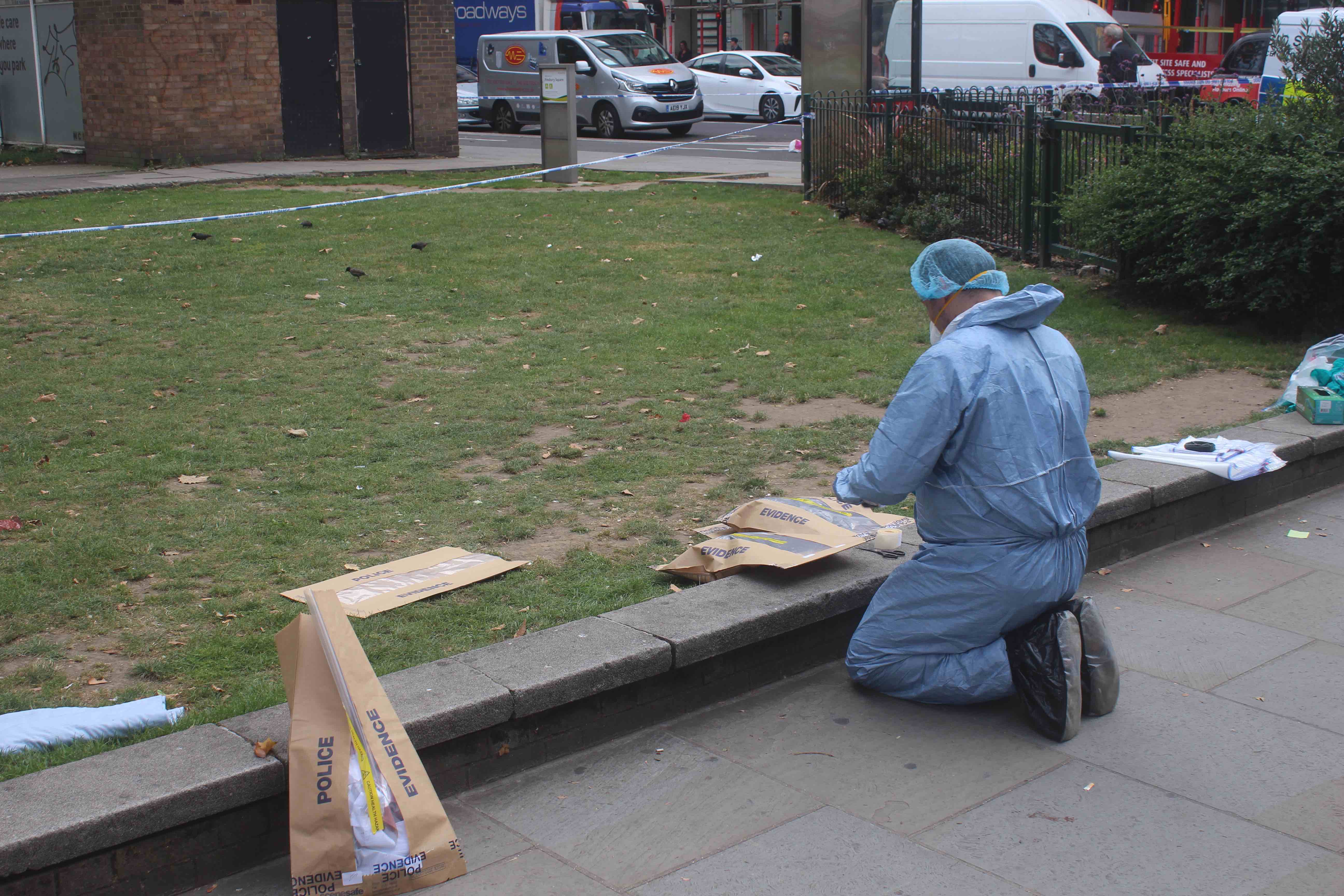 THREE men were stabbed and another nearly lost his finger during a brawl in the early hours of Tuesday morning (today).

Police were called to Finsbury Square Garden at 12:35am and found the three stab victims, as well as another man with a broken wrist.

A fifth man “self-presented” at a south London hospital at around 1am having had his finger partially severed, the police said.

After questioning he was arrested on suspicion of grievous bodily harm (GBH) and violent disorder and remains in hospital.

Martin Way, a bartender at the nearby Singer Tavern, said “I heard shouting, but I couldn’t tell what was going on.

“I went down afterward, and the place was full of paramedics. They had cordoned off the area, and it looked like they could have been looking for a weapon.”

A crime scene remained in place this morning. A forensics team analysed piles of clothes covered in blood.

A black suit jacket, white shirt, blue jeans and black shoes were among the clothes left at the scene. A spanner was also spotted.

None of the men had life-threatening injuries, but all are still being treated.

Police are continuing to investigate the incident.