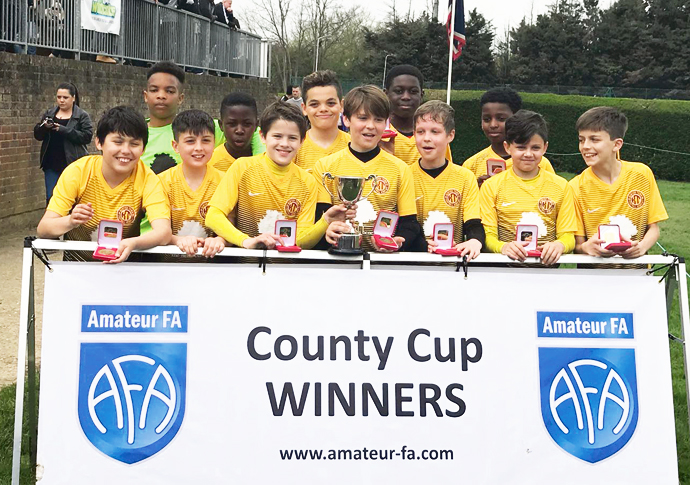 THERE were three cheers for youngsters from Kentish Town Football Academy on Sunday – one for each of the trophies that they have won this season!

The triumphant Under-12s team came from a goal down to beat Winchmore Hill in the final of the AFA County Cup, which was held at Norsemen FC in Enfield.

In a scintillating second half showing, midfielder Kian Morgan Sullman struck twice, while striker Nathan Jobbins scored a wonder goal as Town battled back to clinch a thrilling 3-1 victory.

The boys know all about that winning feeling this season having also secured a league and cup double in the Camden and Regent’s Park Youth League.

“I’m so proud of all the boys, they’ve had a fantastic season,” beamed coach Ben Flynn. “I’m delighted for them, they work so hard and have got the rewards they deserve.

“They have done themselves, their parents and everyone connected to Kentish Town Football Academy proud. They have also done Camden proud having won a prestigious County Cup for the borough.”