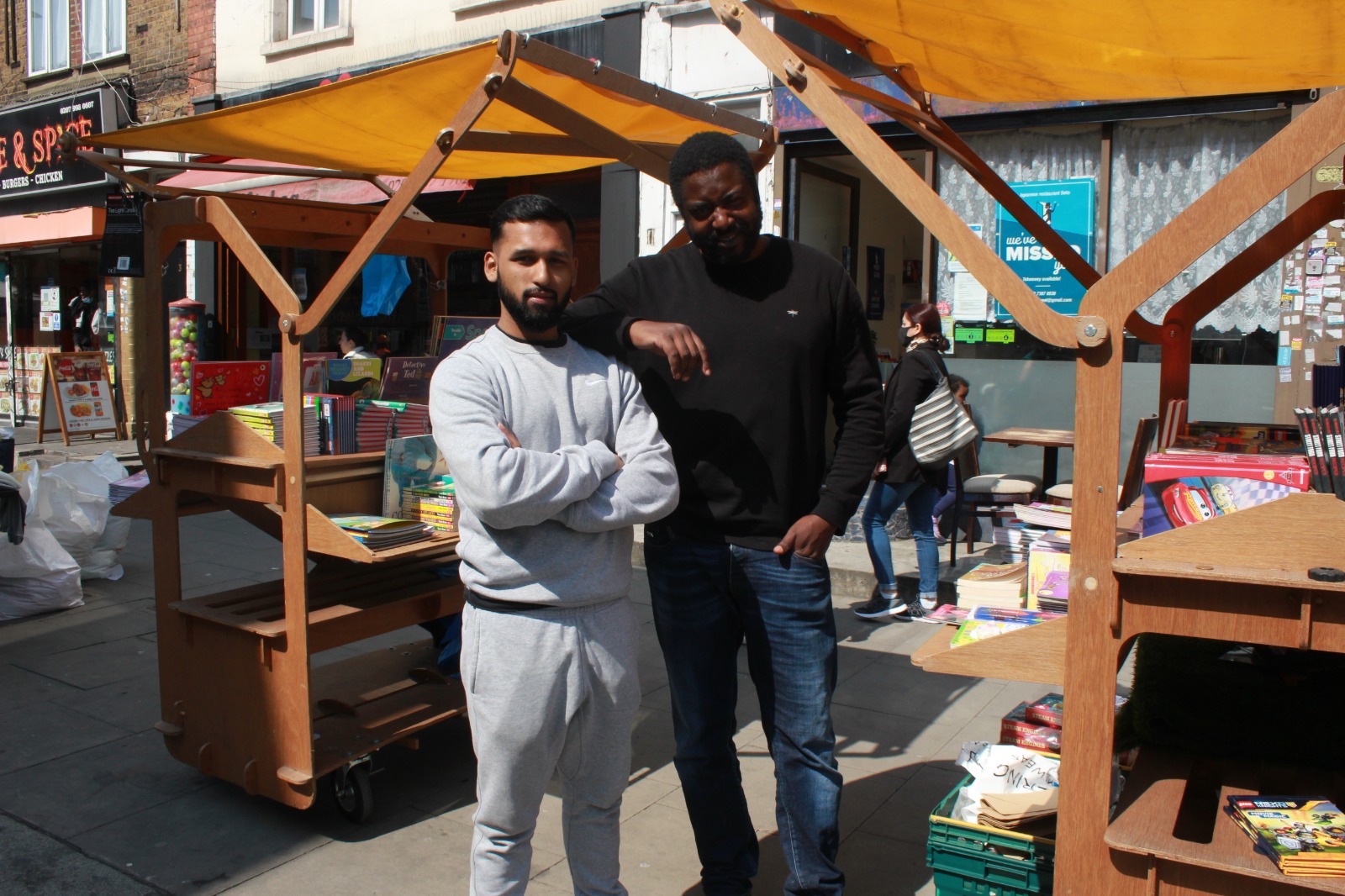 MARKET traders want more young people to get the chance to run stalls after being inspired by the work.

Reefon Rahman, 22, who has sold children’s books and fruit and veg on stalls in Chalton Street, Somers Town, Plender Street, Camden Town, and Earlham Street in Covent Garden, said that opportunites would steer people away from bad influences.

He said: “Growing up, there were literally like two options – either the bad route or the good route. Bad route is drug dealing, doing crime. Good route is doing things like this. “I realised early on I wanted to go the good route, but it wasn’t easy to see how.”

He added: “There are a lot of courses out there and projects that are offered to you, but they are often not paid and they don’t appeal to young people. “With this, you see how much profit you’re making on a market. I wasn’t good at maths, but I can see we can make money buying and selling mangos.”

Mr Rahman, who grew up in Somers Town and on the Chenies estate in Holborn, is working with Troy Howell-Baptiste – a trader and youth workerwho has set up a community company aimed at getting young people from the area to work with him on stalls. The idea is that he trains them up and gives them paid experience until they can run one themselves.

His mother is well known in Somers Town, having run a Chalton Street market stall for decades. He said young people from the area are bursting with ideas for their own stalls, but struggle to get started. “The way the markets are run, they are really missing a connection with the people on the ground,” said Mr Howell-Baptiste.

“For example, I’ve got this plan to get all the girls and boys out in Chalton Street for a day trying out their own ideas, but I find it’s almost like I’m not being taken seriously.

“The council will get in touch with me when they want to talk about black power day, cultural diversity – that sort of thing. That’s all good, but when I want to legitimately do something there’s no help. In my head I am thinking they think I am some Delboy Trotter geezer.”

The council’s market booking system favoured big companies like Kerb, he said, which find it easier to navigate than young people who are trying to get their ideas off the ground.

Mr Howell-Baptiste said: “People are saying life is going back to normal now after Covid – but it’s not. People are proper broke. They are in dire situations here in Camden. They aren’t putting money on the gas meter, they are having bailiffs at the door.

“You make drastic decisions when you don’t have money. And on the flipside of that, having just a little bit of money in your pocket can help you make much better decisions.”

Mr Howell-Baptiste grew up in Somers Town, playing in Plot 10 and went to St Richard of Chichester School before it was shut down in 1998 while he was in Year 10. He was supposed to see out his last year of secondary school at St George’s in Maida Vale.

But after the headteacher there, Philip Lawrence, was stabbed to death by a pupil from his former school the move did not go ahead.

He said: “Because of that stabbing, we all got spread out all over the place. Imagine going to school in Year 11 somewhere else – you couldn’t really settle in. It was disruptive.

“I know how I was as a kid and why I was like that, I can identify with the kids and so I want to give something back.”

To get in touch with Troy email ourlittlemarketcic@outlook.com