This is going to hurt: a glimpse of normal life as Ben Whishaw films drama in Marchmont Street 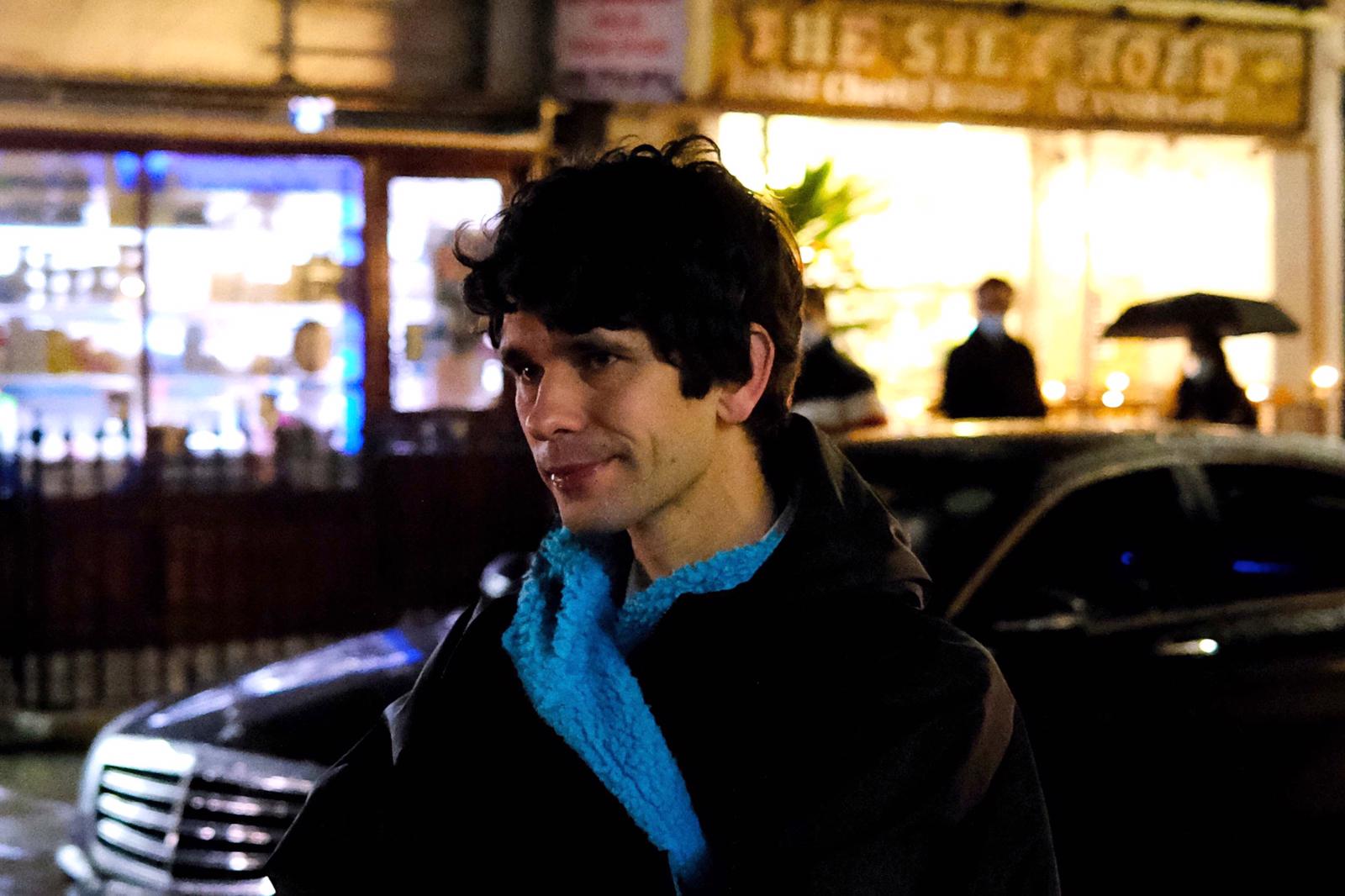 WITH the sight of friends sitting outside a cafe enjoying a coffee or a bottle of beer, it may have seemed – just for a few brief seconds – that life had returned to normal on Tuesday evening.

The film crew and the masked men behind the cameras in Marchmont Street quickly shattered the illusion, of course. 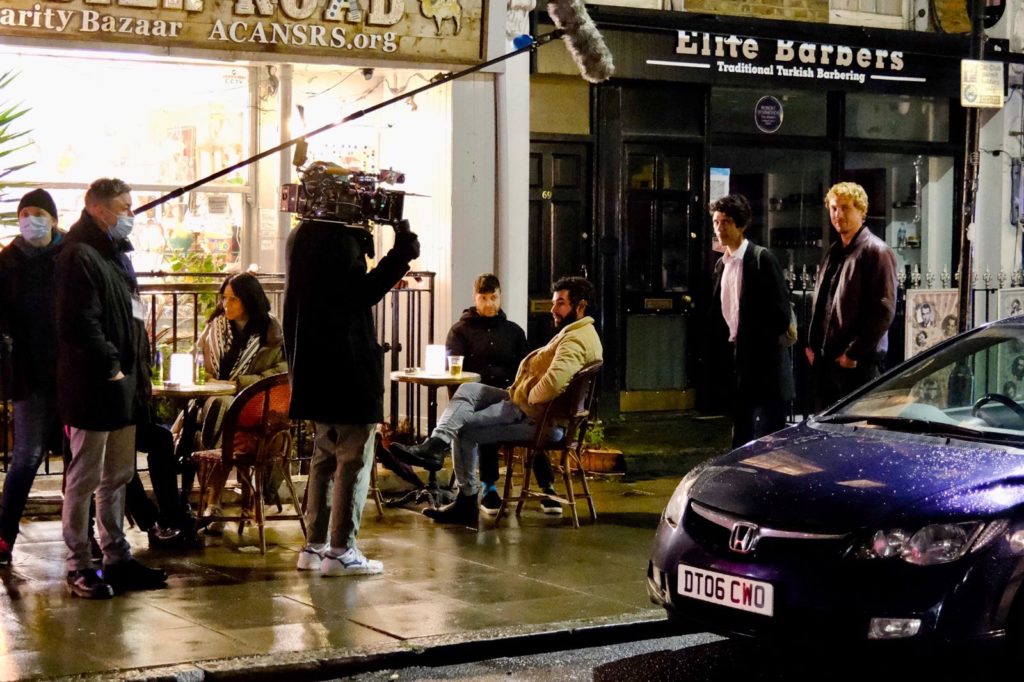 People meeting in cafes? Sorry – it’s just for the filming

In between scattered rain showers, a small crew was working in the Bloomsbury street to shoot scenes for a new BBC adaptation of the best-selling medical memoir, This Is Going To Hurt: Secret Diaries Of A Junior Doctor.

Film and TV production has been allowed to continue under the current coronavirus lockdown rules, as long as strict ‘Covid-secure’ guidance issued by the government is followed.

Ben Whishaw, who played Q in the most recent Bond films and is the voice of Paddington Bear in the movie versions, is starring as the book’s writer Adam Kay.

This Is Going To Hurt – celebrated for both its humour and revealing look at working life in the NHS and its near 100-hour-a-week work patterns – racked up more than three million sales and won the Book of the Year at the National Book Awards. 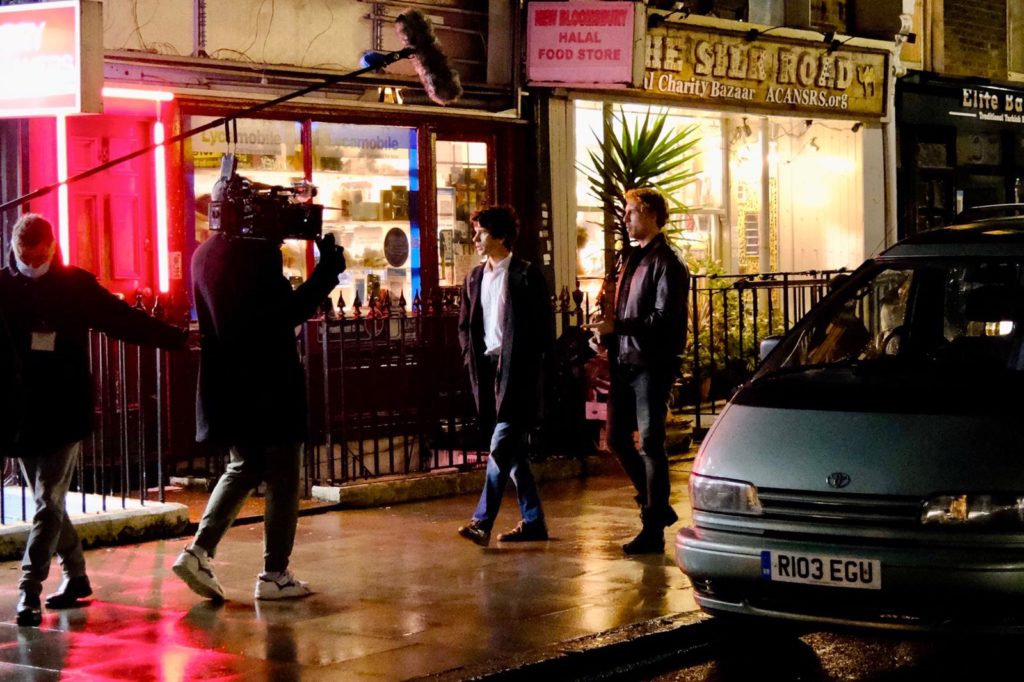 Mr Whishaw is playing a fictional version of Mr Kay, but the BBC said the comedy drama – due to be aired later this year – will stay true to the challenges raised in the book and would “pull no punches”.

Mr Whishaw said after being cast in the lead role: “It’s an honest, hilarious, heart-breaking look at the great institution and army of unsung heroes who work there under the most stressful conditions.The Covid crisis has now shed even more light on their great work.”

Mr Kay said: “Ben is quite simply one of the finest actors our country has ever produced. “There’s simply no one who could do a better job at playing a much more handsome version of me. Best still, I now have an answer to the standard dinner party question: Who would play you in the story of your life?”