This can kill anybody, warns mother after 28-year-old son dies from coronavirus

28. No underlying health problems. Why Adam? 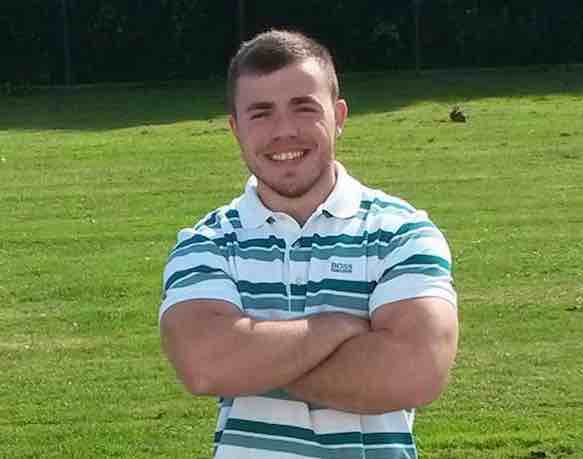 THE devastated mother of one of the country’s youngest victims of coronavirus has warned: ‘This is not just an old person’s disease.”

Nicknamed ‘Spud’, the 28-year-old from Camden Town had been admitted to the hospital with viral pneumonia a week earlier. He was put in an induced coma because he could not breathe on his own.

His mother, a carer for the elderly who lives in Holborn, told the New Journal: “I’ve lost something very precious to me that can never be replaced. We are all just in shock because he was only a young man. He was healthy – you didn’t have to tell him to eat his greens, he was always like that.”

“He went into hospital with viral pneumonia, but other than that he was healthy. People have got to start taking this seriously. A lot of people think it’s an old person’s disease – but look what has happened to Adam.”

She added; “I am seeing loads of young people going around not taking it serious. People are going out all the time, just for the sake of going out. And not just for one hour. They are not doing what they should be doing.”

Adam went to St Aloysius primary school in Somers Town and St Aloysius secondary school. Over the years, his family lived in the Regent’s Park Estate, Agar Grove, Kentish Town and Adam was living in Three Fields Estate, Camden Town, at the time of his death.

He worked as a painter and decorator with his dad, Andrew Sullivan, who he got his ‘spud’ nickname from. He has three sisters and a brother and a six year old son, Harry.

Ms Harkins said: “Some people have been fundraising for Adam. We thought the money should go into a trust for Adam’s son, as the family can afford to pay for his funeral.”

Describing the process, Ms Harkins said she was last week called by her son saying he “couldn’t breathe”.

She said: “We tried ringing 111 but it was an hour to get through. So we rang the doctor’s surgery and they said they could see him in the car park, and they did. He had a temperature of 39.9. An ambulance came, and they put him on a ventilator at UCH.

“He was ringing us that day and at night. Then he rang at 1.15am and said wanted to put him into an induced coma, they wanted to help him breathe. That was last week. We were never allowed to see him at any time.”

Ms Harkins said she did not want to criticise the NHS but it was clear more staff were needed at UCH, and that doctors and nurses were “rushed off their feet”. “I feel like there is too much going on for them to keep up with what they need to do,” she said.

“Before Adam died I did get to see him, because it was the end and his last moment. He was in a room with other people with coronavirus. They come and put gloves and an apron on you. He was virtually dead and it was just a machine keeping him alive. I was talking to him, telling him ‘you’re at UCH. You need to fight’. He flatlined. He flatlined again, and then again. And I knew there’s no coming back.

“When Adam died they had somebody coming into his bed straight away. She was on a trolley in the hallway just waiting there to go in. While I was visiting Adam two people flatlined. When the machine started going off you can see it. They all rush in and rush over.”

She said Adam’s sister and father were allowed to look at him through a window. The family have not been offered a coronavirus test. “Just go home and stay indoors,” said Ms Harkins.

She added: “Having all those beds next to each other like that. The nurses and doctors are going from one bed to the other. I didn’t see them changing overalls. There should be separate cubicles for all these people. They do need more staff. I’m not blaming them one but this is something contagious.”

Ms Harkins criticised the slow response of the Prime Minister to locking down the country, adding: “I think they were waiting, thinking it wouldn’t flare up here. They never stopped any flights or anything. They should have been expecting the worse.”

An Arsenal fan, he preferred watching boxing to football and had recently taken part in a charity bout raising money for a cancer charity.

Jackki, 55, said: “He’s got literally hundreds of mates. He was a special character. It’s really cheered us up all the nice things people have been saying on Facebook. But as a family it has devastated all of us. Please everyone – just try to understand what is going on.”