‘They look ridiculous!': Goodge Street trees get a half-and-half chop

Chainsaws out to make way for buses 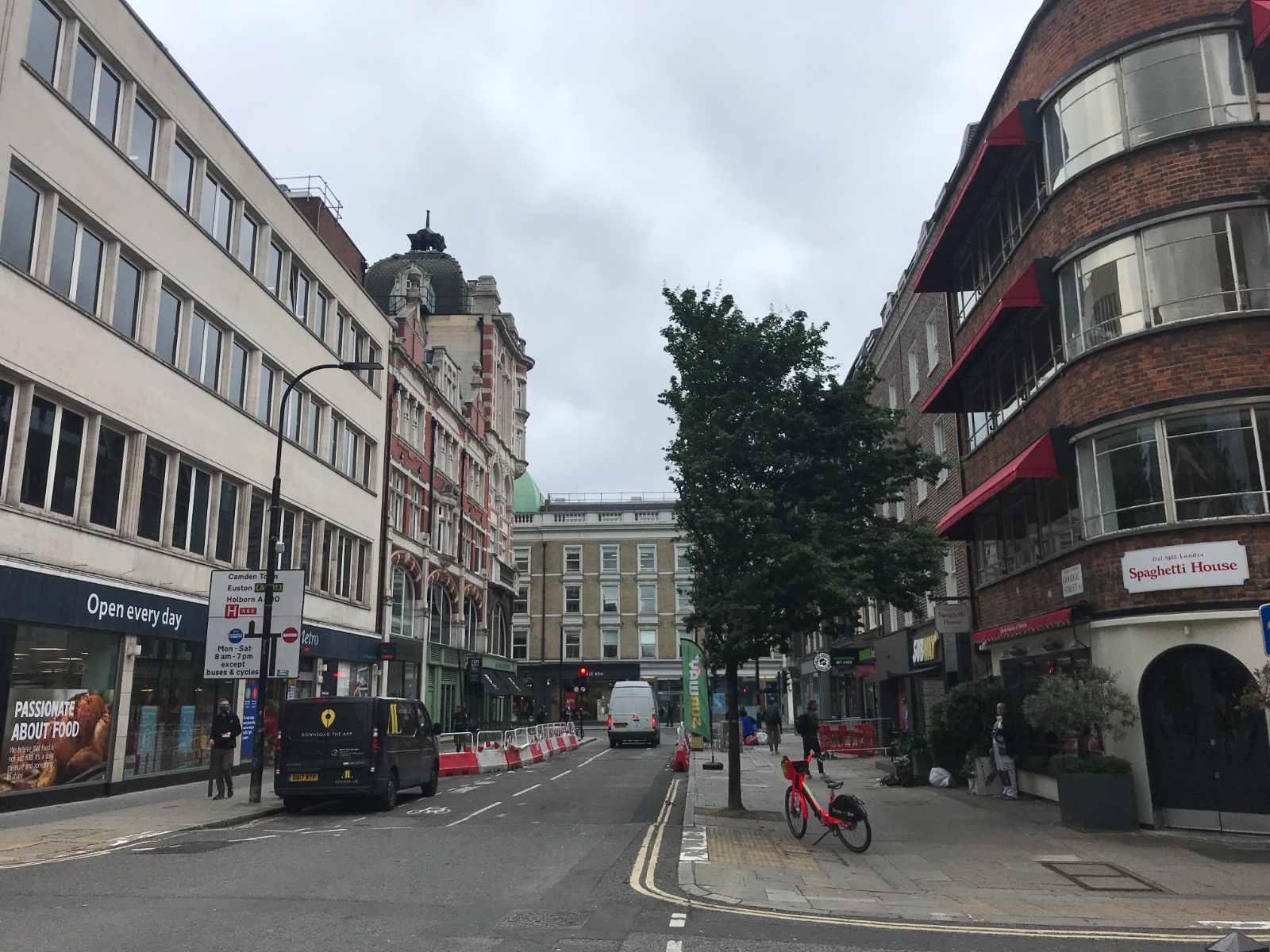 The new look for the trees in Goodge Street

HALF measures have caused a stir in Fitzrovia after every tree was chopped in two to make way for a bus route.

The process has led to an unusual sight in Goodge Street, where one side of each tree is green and leafy, and the other has been completely razored.

Camden Council sent in the chainsaws after buses were diverted down the street due to a road closure in Oxford Circus.

Nicholas Charalambous, owner of the Nicholas Barber Shop, which has been in Goodge Street since 1967 and has never finished a haircut half done, said: “It’s rubbish, they look terrible. It doesn’t upset me personally, but it does look ridiculous.” 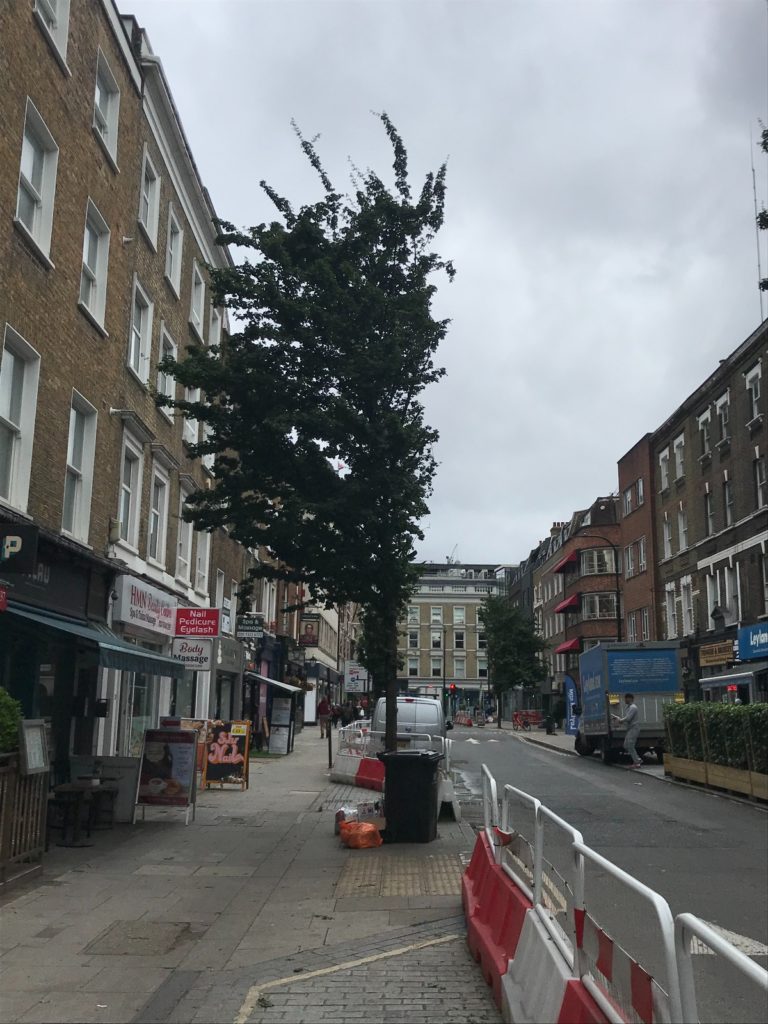 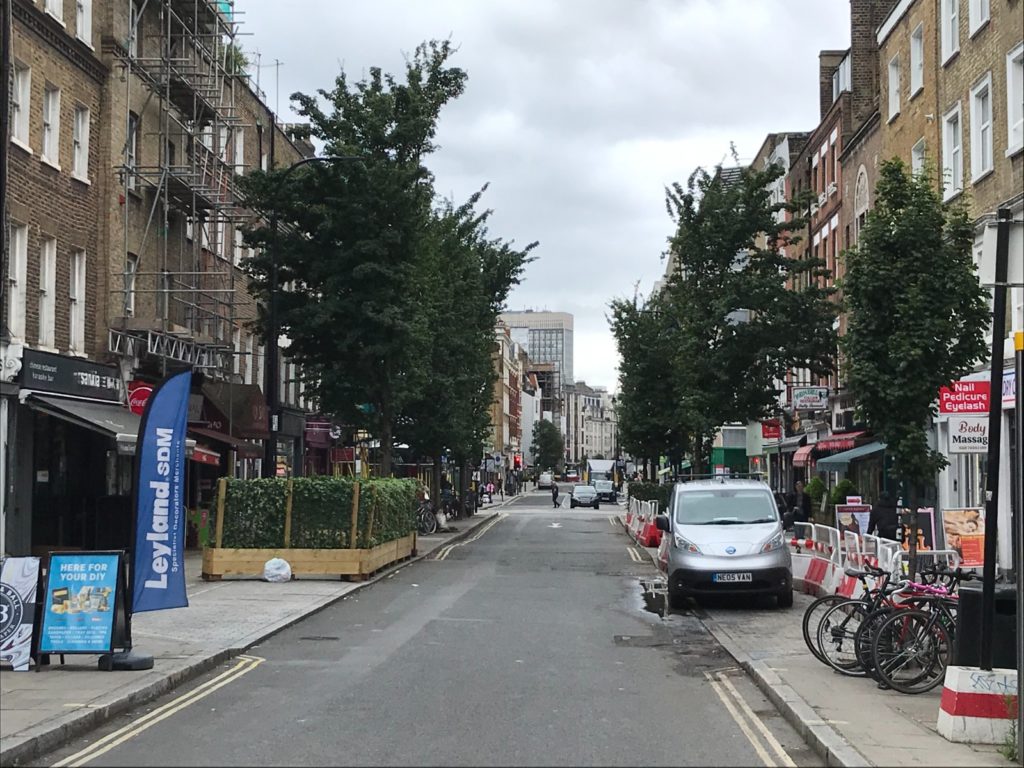 The trees are field maples, known for their attractiveness to insects and resistance to pollution. Medieval superstition says that waving the branch of a field maple over a child will remove all traces of witchcraft.

Mr Charalambous said: “They shouldn’t be sending trucks down here anyway. When they were diverting traffic to make Tottenham Court Road two-way, they ruined all the pavements.”

A council spokesperson said: “This work was carried out in response to a request from TfL to allow for a temporary bus diversion on Goodge Street while Oxford Street remains closed between Oxford Circus and Tottenham Court Road.