Vampire Diaries actor Michael Malarkey reveals his other life as a musician, how living in Camden influenced his sound, and the story behind his new album 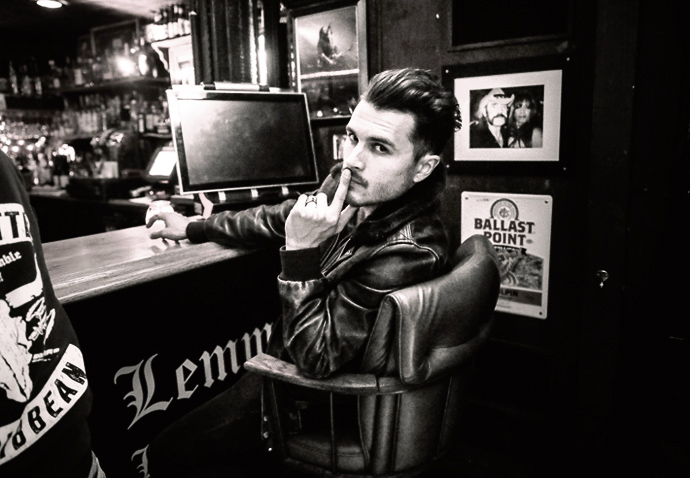 “IN this age right now, we are all mongrels, culturally diverse, everyone’s parents are from all over the place. The more we move along as a species, the more we realise it’s all the same.”

Musician and actor Michael Malarkey, possibly, for now, best known as vampire Enzo from The Vampire Diaries, is discussing his debut album Mongrels, which was released last month. Making it, it seems, has reawakened his awareness of his international roots – born in Beirut to an Irish father and Italian-Palestinian mother, but brought up in the US.

“Mongrels has quite a lot of meanings, and the more I’ve thought about it since it came out, I can see more meanings. It started out as this idea that I’m a mongrel per se. I come from a very diverse cultural background and I travelled the world from a young age because of my dad and grandfather’s work.”

The album, songs from which Michael will perform at two sold-out shows at Thousand Island on October 28 and 29, also reflects his own inner struggles.

“The song Mongrels has this symmetry with the doldrums or darkness or depression, this pull of the darker side of the psyche started to take,” he said.

“It’s something I’ve battled my whole life, first apparent when I was younger. My heavier music, I was a screamer, a sort of exorcism screaming out my demons, I suppose.

“As artists, we feel everything so deeply, we look into our souls…the more you see that, you see the darkness. Some of my favourite photography is of decay, what we see when an artist takes that shot is that beauty in that decay, and I guess that’s what I’m trying to do.”

“I’ve always responded emotionally to the cello, even before I knew what the instrument was,” he said. “I remember hearing classical pieces of music, it cut me right into my heart, as if the bow was playing my f***ing heart. I always felt like that. So once I started making records with musicians, I was like, ‘I want a cello’.”

While he may have first made his name as an actor, Michael’s first love was music.

“Music was a huge interest of mine from a young age,” he said. 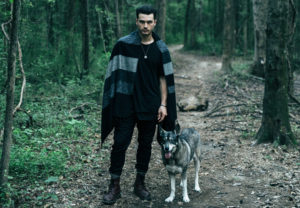 “I started listening to the radio and when I first fell in love with music it was punk rock and hardcore. I started going to record stores, talking to employees. I became super-obsessed, going to shows and thinking, hey, I can do that. I started a band after high school. I was just a singer, I couldn’t play at that time. Then I was given a guitar, I started doing my own stuff, no covers.”

His early lyrics stemmed from poetry – an early interest, partly influenced by his grandfather, a leading authority on Rumi. By age 21, Michael had also developed an interest in acting, and studied at London Academy of Music and Dramatic Art (LAMDA).

“When I first moved to London I lived in Camden, that was a real experience, getting on the 29 bus home, being a country boy from Ohio,” he said.

“Camden influenced me. It has loads of great punk venues. Back then I was still writing a lot in a notebook, where now I’ll pick up a guitar and go back and forth writing on a laptop. I’d take a notebook out, sit by the canal, watch people, write a lot of prose and describe in a gonzo journalism kind of way what I’ve seen. I loved Hunter S Thompson and that hyperbolised my outlook of what was going on. I used to take stock of the things I was seeing, such an influx of stimuli. As a mid-western country boy I was interested in everything, you have to be interested as an artist.

“The city of London has completely been a part of my process.”

Michael is at home in Atlanta, Georgia, when we speak, having recently escaped the worst of the hurricanes in Puerto Rico where he was filming new 50 Cent-produced drama The Oath.

“I was literally evacuated from two hurricanes. I flew out once the day before. The second one, which went through the island, I was out on one of the last flights. I was like, if I don’t get my plane I’m going to have to hunker down,” he said, emphasising the need to support the local community.

“This island has been completely wrecked by this thing. One of the best things we can do is get back and pay people for the work they’re doing. Our crew is all local.”

In his downtime, he is enjoying being a parent. He said: “My son, Marlon, he’s three years old so it’s always an interesting situation. He’s good, it’s just that phase where he’s testing all the boundaries. It’s a challenge for sure, the hardest part is when you’re away for extended periods of time. You come back, they change so fast, the old tricks of the trade, he’s sussed them.”

Michael is conscious of the disruption filming and touring can cause, adding: “I heard this story about some guys that go on tour, park in front of the house and sleep there as a buffer for the family, and then, when they get used to it, they go in.”

So, he is careful to stay grounded when returning home. “

For me the rule is to just check myself before I respond and then go, ‘hang on, is that coming from a place of love?’, and if not then check it and weather the storm and remember who you are and where you’re from. It’s very humbling having kids, it’s not just you anymore. I’m just daddy at home, and I’d like him to feel that, too. I don’t want him to feel like we’re anybody different.”