The Winch counts cost of damage after flooding nightmare

Staff were bailing out water on Monday evening 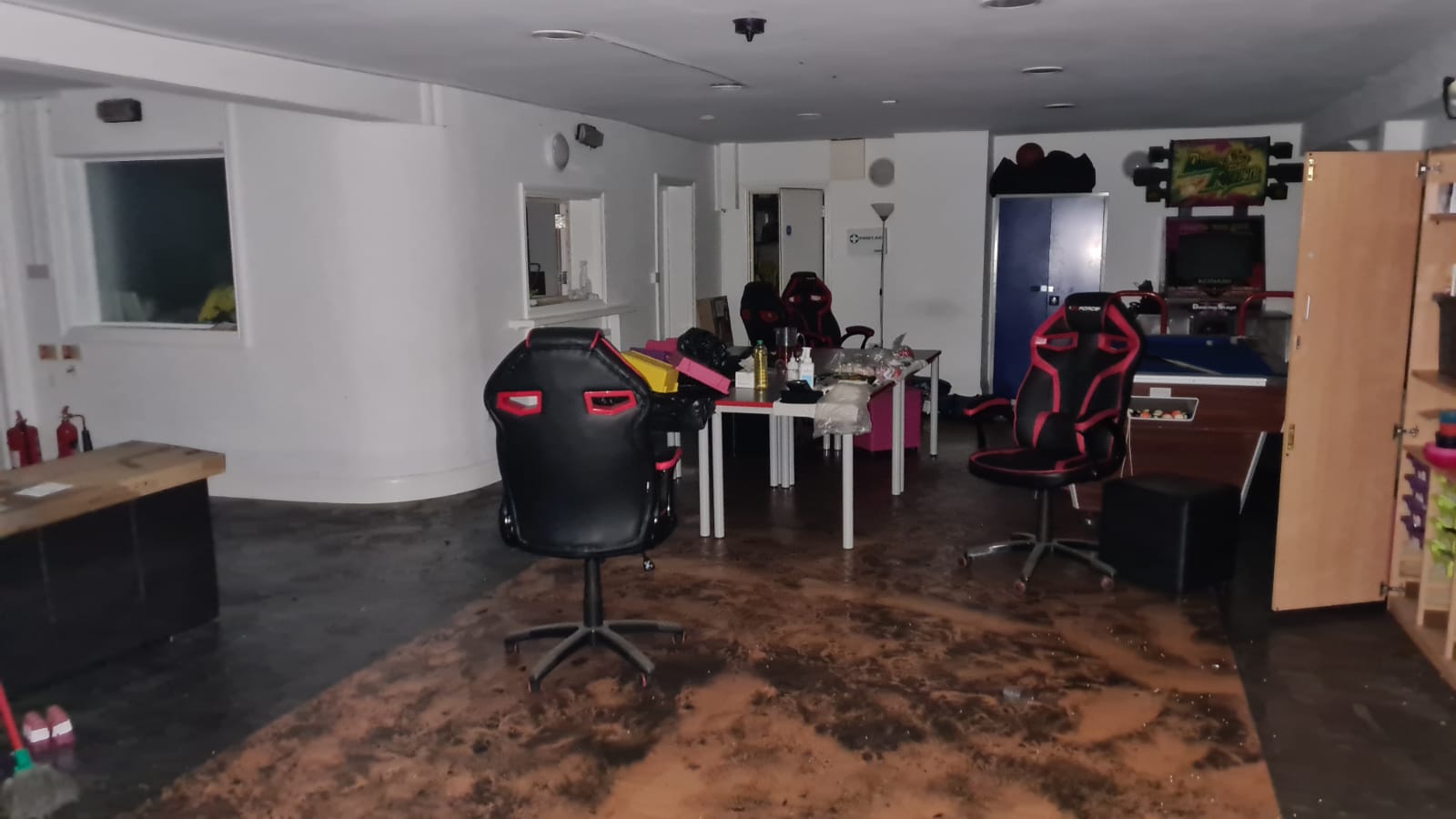 YOUTH workers and bosses at a youth centre in Swiss Cottage were nervously waiting to see if thousands of pounds worth of music equipment had been ruined by flooding on Monday evening.

Water began flowing up from toilets and sink plugholes, and appearing from pipes at the Winch during an after school club.

Youngsters were sent home, some to relatives as their parents’ homes themselves were also flooded, as the clear-up operation began.

Kim Mabbutt, play development worker at the centre in Winchester Road said: “The water was gushing up through the toilets, it looked like a waterfall coming out and going everywhere. Then it started coming in through a hole that a pipe comes in to in the room where our electrics are.”

She and her colleagues had seen the stair-rods of rain coming down that afternoon, and become concerned about how drains were going to handle it. 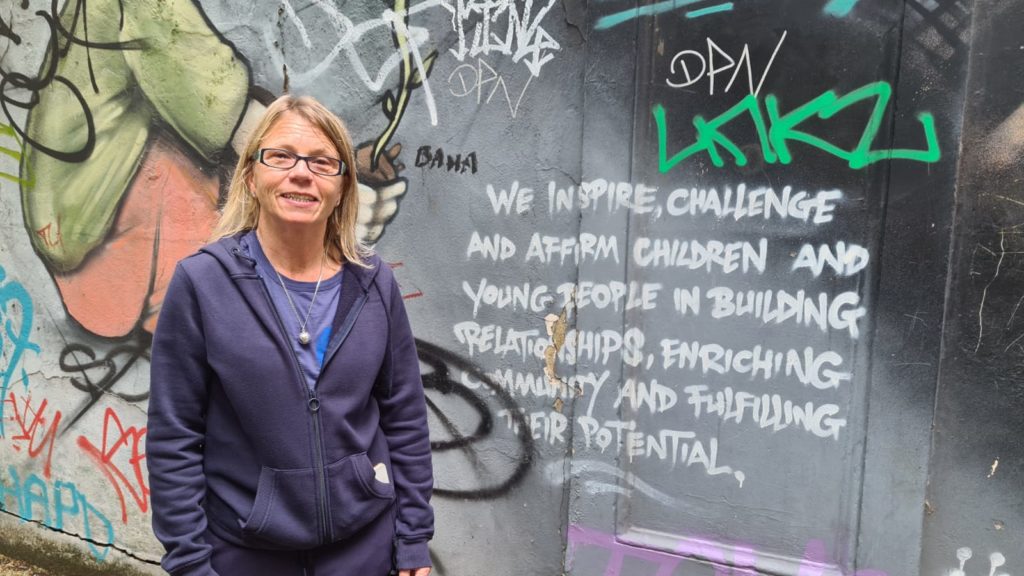 Kim Mabbutt: A difficult moment, but we’ll make it work

A colleague went to check a drain outside, before they heard the sound of water coming from the toilet downstairs.

“You just couldn’t stop it. There was nothing we could do, it’s all because the drains are blocked,” Ms Mabbutt said. “The first point of concern was the safety of our children and contacting parents to come and collect them.

“Our next worry was the electrics and if water got into them it could cause a fire, so we turned them off. When we eventually got down there it was knee high. It’s where our music room and youth club is, we’ve got speakers, a recording studio, mixing desks, turntables. We tried to save some of it, but we’ll find out how much of it works.”

As well as the music equipment, a freezer in the newly installed kitchen was also partially under water – something else that might need replacing. After a visit by the fire brigade, staff were on site until 10.45pm trying to bail out the water and assess the damage in the dark.

The following morning sediment could still be seen on the street outside, washed down by the rainfall. The stench of damp still hung in the air in the basement. 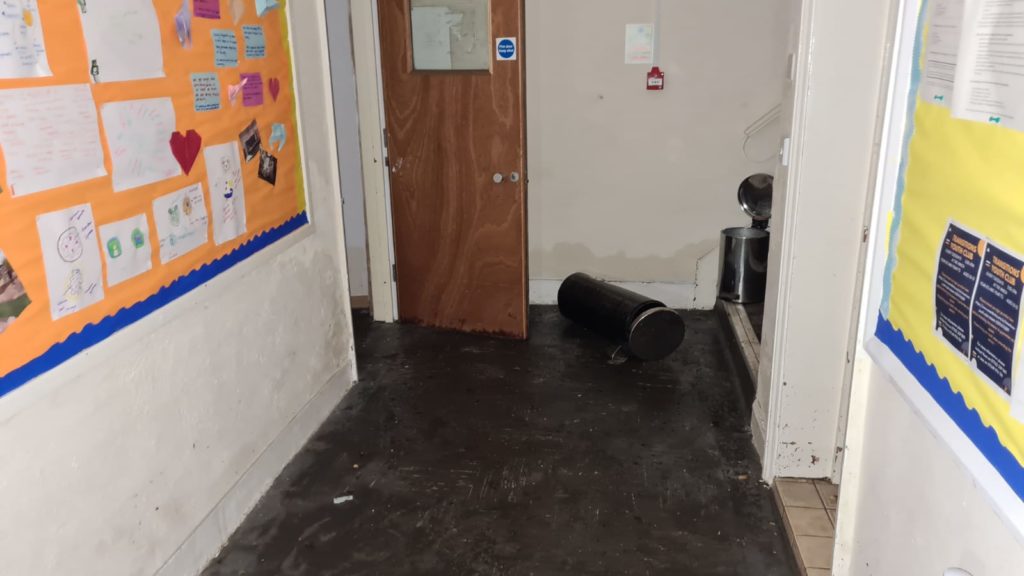 The basement was soaked

Staff were due to test equipment on Tuesday morning to work out how much had been affected, and try to get the electrics turned back on.

Ms Mabbutt said fundraising might be needed to help pay for replacements.

“We probably don’t have money in the bank for direct replacement of kit. We are constantly striving to fundraise to be able to support our children, young people and their families,” she said.

“It’s clearly a difficult moment. The thing is the Winch will always make it work, whatever is thrown at us. We’ll get together and make sure we are running the provision in the best way we can.”