The very model of friendship 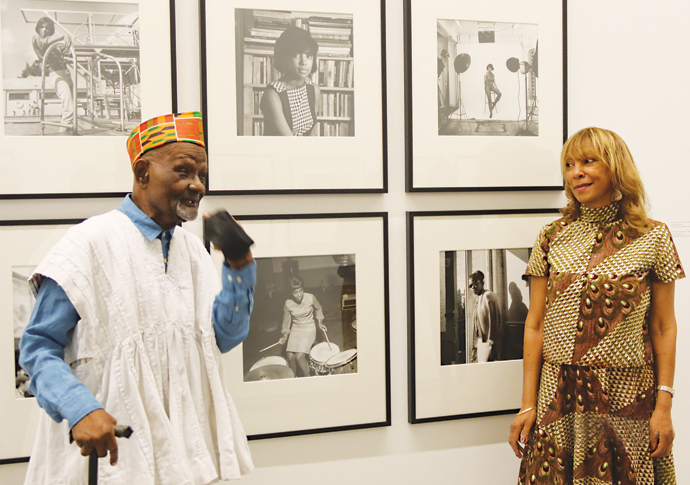 STANDING besides pictures of her younger self at the recent opening of the James Barnor restropective at the Serpentine Gallery, former cover girl Erlin Ibrek is regaled by an account of her first meeting with the veteran Ghanaian photographer more than 50 years ago.

“It was 1966 and we were both in a bus queue at Victoria station when I spotted her,” recalled James, 92.

“I was working as a fashion photographer for Drum and I asked her whether she wanted to do any modelling.”

Erlin, originally from Uganda, went on to be regularly featured in Drum, a progressive lifestyle magazine based in South Africa, and on the strength of that was signed by the Lucy Clayton model agency.

After moving to New York she lost all contact with her former mentor until she one day came across a newspaper story about him in 2010 featuring one of his images of her.

“I straight away tried to get in touch with him and we later met in New York when he was over for an exhibition at the Schomburg Centre, and another time in London,” she said afterwards.

Erlin flew in especially to attend the Serpentine show, the largest survey of his more than 60-year career, encompassing studio portraiture, fashion photography and photojournalism.

“It is really thrilling to be here. James is a remarkable human being and I am so grateful to have met and worked him,” she added.