The Steptoes wish you a ﻿scrappy Christmas

Fancy a tot during the festive season? Well, perhaps the Steptoes might provide the ideal alternative 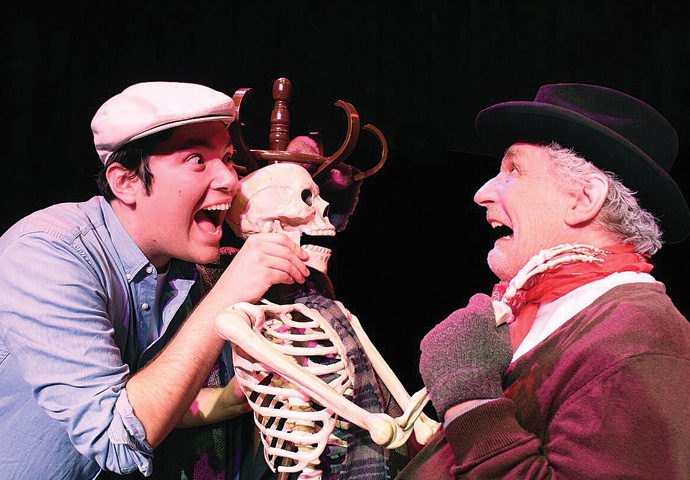 John Hewer and Jeremy Smith in Christmas with Steptoe and Son

BELIEVE it or not, kids, there was a time when a Z-list soap star you’ve never heard of chowing down a wallaby’s penis was not the stuff of primetime television. Before some bean counter discovered that marsupial genitalia was substantially cheaper than engaging writers and actors and booking rehearsal and studio space, the sitcom was king.

In the 60s and 70s the situation comedy was the fulcrum of the evening’s schedules; the planet around which the moons of Panorama and World in Action would orbit. That said, the results could be decidedly, erm, variable: for every Only Fools and Horses there was an L For Lester; for every Dad’s Army a Come Back Mrs Noah.

However, two scriptwriting giants bestrode the genre like a colossus: not content with practically inventing the British sitcom with Hancock’s Half Hour, Ray Galton and Alan Simpson went on to consolidate their success with Steptoe and Son.

Centred on a father-and-son team of rag and bone men in a pre-gentrified Shepherd’s Bush, Steptoe made TV stars –- but also prisoners – of Harry H Corbett and Wilfred Brambell.

The Steptoes’ totting business may have gone the way of all flesh but their relationship remains a timeless one: the endlessly thwarted ambitious son trapped in a love-hate “marriage” to a manipulative, vindictive, emotionally blackmailing father.

It’s clearly a situation that appeals to actor and writer John Hewer. Having brought Steptoe to the stage of Bloomsbury’s Museum of Comedy at the beginning of the year, he’s back for a festive version.

“There were two recognised Christmas specials in the early 70s – the one in 1974 was actually the very last episode,” he says. “The show we’re putting together is basically a stage adaptation of those two shows with something extra – a lost Christmas sketch from 1962 as part of a compendium called Christmas Night with the Stars.” 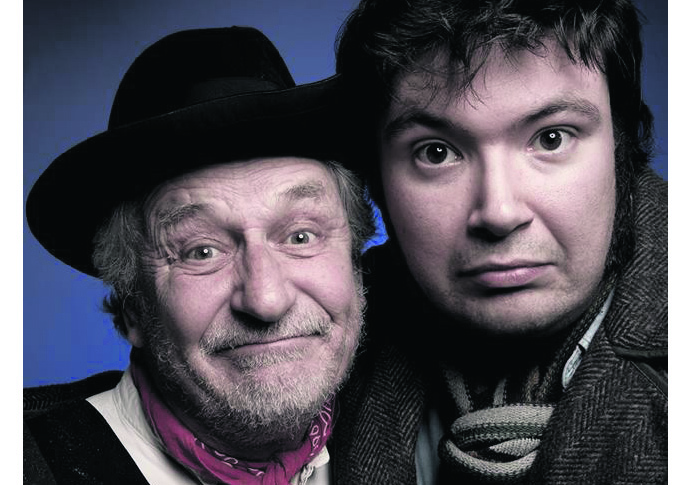 Sadly Alan Simpson died in February 2017, his partner joining him in that great green room in the sky in October this year. But not before he gave John, who plays Harold as well as writing the adaptation, his blessing. The script was sent to Galton for approval in April. “Ray was very ill for a long time but he did see it. He gave us his blessing and his good wishes.”

John is unstinting in his praise for Steptoe’s creators, acknowledging that the original programme was fairly theatrical in the first place. “The writing is in a certain style that is theatrically based. It’s reminiscent of things like Harold Pinter or Samuel Beckett – it’s just a lot funnier.”

The earlier black and white episodes, he observes, were particularly bleak. “The whole rag and bone industry is extinct now really. But when you think back to the 60s it was kind of on its way out anyway. It was a clever device of Ray and Alan’s to set the whole sitcom in this decaying industry in this decaying house with this decaying family relationship.”

Chiefly due to a 2008 BBC Four film, The Curse of Steptoe, which posited Corbett and Brambell as mortal enemies, tales of animosity between the two stars persist. It’s something John is keen to dispel. “The film was so inaccurate the BBC had to issue a letter of apology to the families and pull it from their repeat schedules. They also had to recall the DVD and destroy them.”

There was, admits John, some tension between Corbett and Brambell due to the latter’s drinking during an Australian tour but he’s concluded they did not hate each other. “What I’ve found out through speaking to Harry’s family and chatting to Galton and Simpson and their agent Tessa Le Bars is that it was mainly fabricated.

“They were two very different people: Wilfrid was a bit of a loner, he was homosexual when it was illegal, he liked the occasional drink; Harry was very much a family man. He liked a quick drink then to go back to his family. He was always trying to hone his art. Wilfred would come in, do the lines one way, and that was it.”

Incidentally, there’ll be a touching reunion at the Museum of Comedy – the venue is home to the original stuffed bear that graced the Steptoes’ home in Oil Drum Lane. Unfortunately, though, it won’t be touring the provinces.

“Martin Witts, the museum’s curator, said: ‘You can borrow it, if you like.’ We thought about it but sadly there isn’t room in our tour van to take it on the road with us.”

On the subject of touring, Grimsby-based John notes that on their home turf – the capital – the Steptoes’ colloquialisms garner more laughs here than elsewhere. As ever, he attributes this to the writing.

“Every line has someone giggling at it. That just shows how embedded those characters and that scenario and that dialogue in particular is rooted in local culture.”

• Christmas with Steptoe and Son is at the Museum of Comedy, The Undercroft, St George’s Church, Bloomsbury Way, WC1A 2SR, from December 18-23. For details have a butchers at museumofcomedy.com

The road scheme here should be dubbed Amwell Soulless Streets!