The Roxy club, credited with birth of punk, gets commemorative plaque 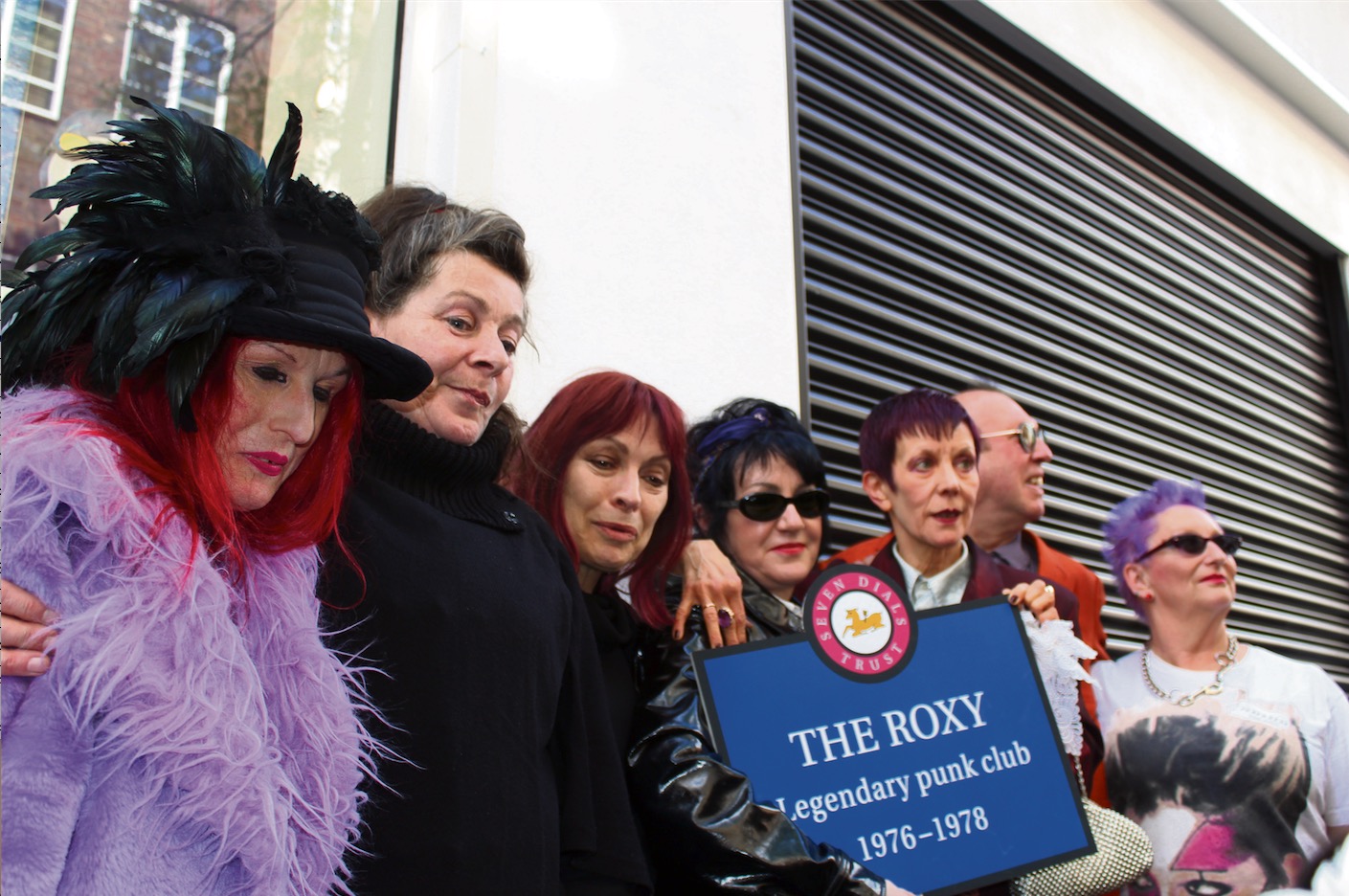 IT is credited with being the birth of punk, so when a commemorative plaque was fastened to the side of the building this week perhaps it wasn’t such a big surprise to find a crowd with a lot of purple hair, ripped leather jackets and multi-coloured blazers.

They were at 41-43 Neal Street in Covent Garden – the former home of The Roxy, a short-lived but famous nightclub which played host to The Clash, Siouxsie and The Banshees, Generation X and The Slits in the 1970s. Its contribution to the rise of punk was marked by the Seven Dials Trust Plaques Project, which aims to increase awareness of the area’s history.

Andrew Czezowski, who founded the club alongside Susan Carrington, told the West End Extra at the launch of the punk photography exhibition, which coincided with the plaque unveiling, said: “There was a bit of a misconception about what punks were like, as inside the club, people were friendly. It was only when you left that people saw us as some sort of freakish enemy.”

Chuck McDonald, a former promoter, said: “It was the beginning of a new establishment. It was exciting, charming, dashing. I appeal to whoever wins this election, for heaven’s sake bring back live venues. The UK is crying out for it.”

Jordan Mooney, one of the famous faces from the birth of punk, known for her work with Vivienne Westwood and the SEX boutique, said: “It was an iconic club that gave a place for bands that normally didn’t have anywhere, somewhere to play. Andy and Susie did it for the right reasons – it was just for the music really. “A lot of bands got launched and had a stage to play on. Me included, I used to manage Adam and the Ants and sang a little bit with them as well. It was kind of small and dingy, but just great fun. The exhibition will tell you a story.”

The plaque was the second of 30 that will give a glimpse into the history of the area – the first being to the Beatles’ manager Brian Epstein.

Speaking at the unveiling, trust chairman David Bieda recalled one particularly memorable evening in the life of punk, at a youth club recording studio he set up in Shelton Street in the 1970s. “About 150 teenagers turned up in ripped T-Shirts, ripped jeans and safety pins and I don’t know when punk really began, but I think that was one of the first manifestations.”