The pick of a salute to fruit and veg 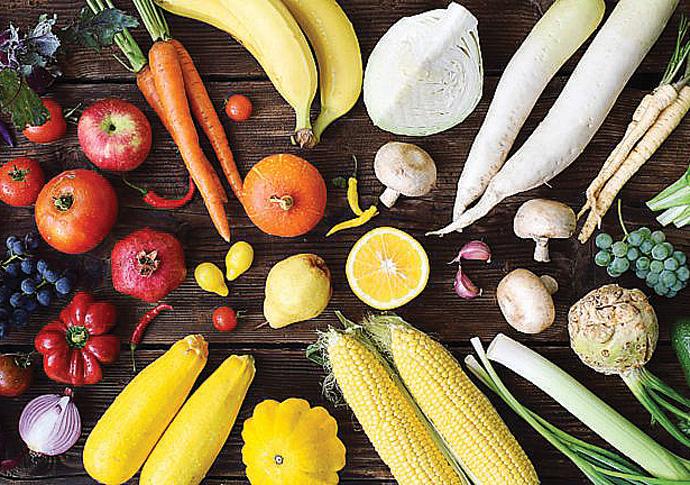 DID you know that the United Nations General Assembly has nominated 2021 as the International Year of Fruit and Vegetables?

This week, Radio 3’s Words and Music celebrates Veganuary and dedicates itself to the UN’s humble theme.

it made me so happy / As ordinary things often do

Late August, given heavy rain and sun / For a full week, the blackberries would ripen.
At first, just one, a glossy purple clot / Among others, red, green, hard as a knot.
You ate that first one and its flesh was sweet / Like thickened wine: summer’s blood was in it /
Leaving stains upon the tongue and lust for /Picking. Then red ones inked up and that hunger /
Sent us out with milk cans, pea tins, jam-pots /Where briars scratched and wet grass bleached our boots.

It’s hard not to smile at the mischief of William Carlos Williams’ poem: This Is Just to Say

I have eaten / the plums / that were in / the icebox
and which / you were probably / saving/ for breakfast
Forgive me / they were delicious / so sweet / and so cold.

Other poetry highlights include Sylvia Plath’s Metaphors, Thomas Campion’s Cherry-Ripe and Emily Dickinson’s playful Forbidden Fruit a Flavor Has that reminds us:

How luscious lies the pea within / The pod that Duty locks!

This is a potent brew of music and words that will have you tapping your foot one moment and shedding tears the next.