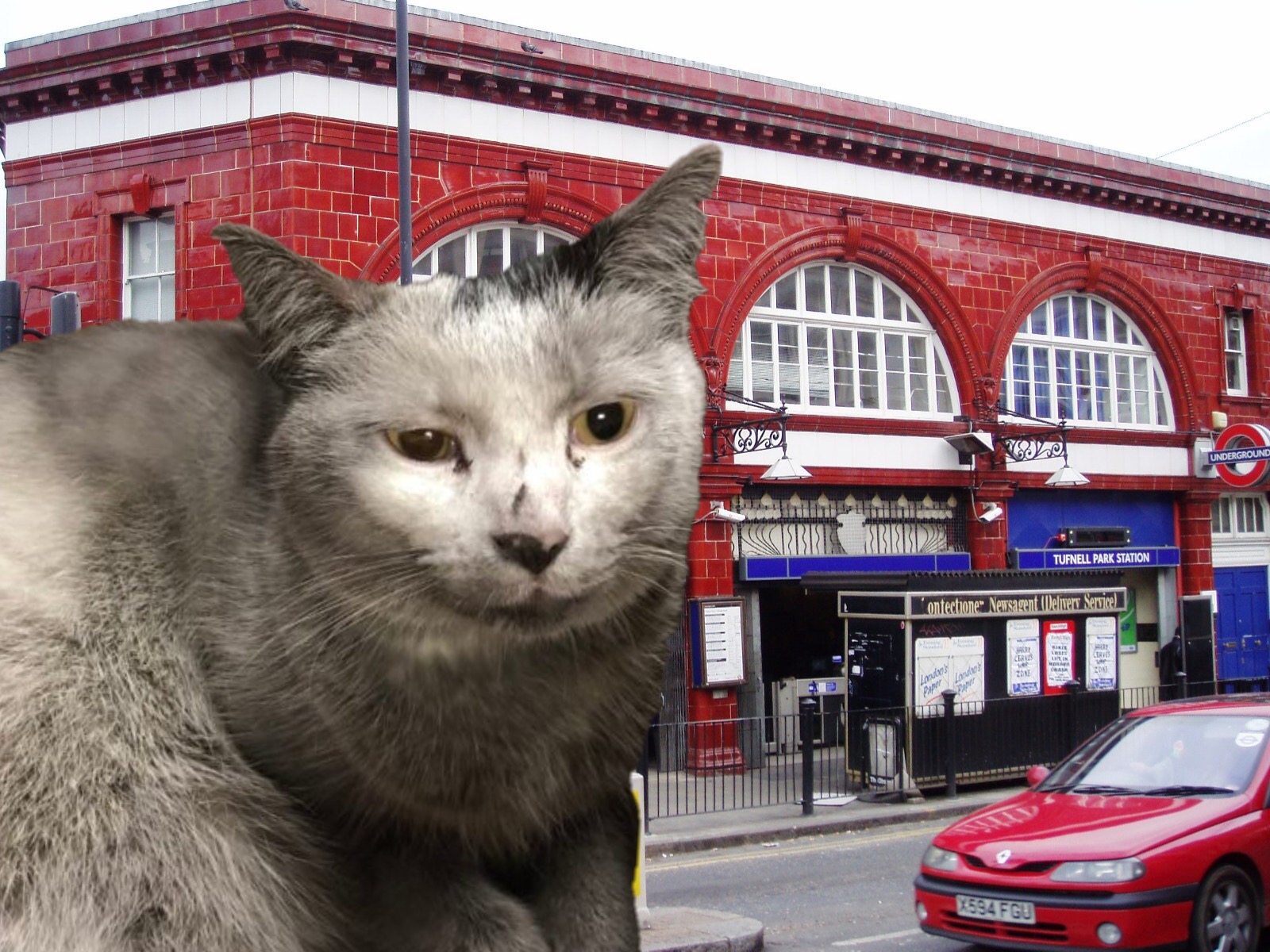 A CAT miraculously survived a seven hour ordeal in the depths of dark and noisy underground where he lay wounded as tube trains whizzed through above him.

Blitz, a two-year-old white cat, was rescued in Tufnell Park tube by railway workers who initially thought he was dead. It is estimated 250 trains passed above the stricken feline on the northbound Northern line before the electricity was switched off so he could be saved.

The cat was found immobilised from broken back bones and bite marks from a mystery animal. 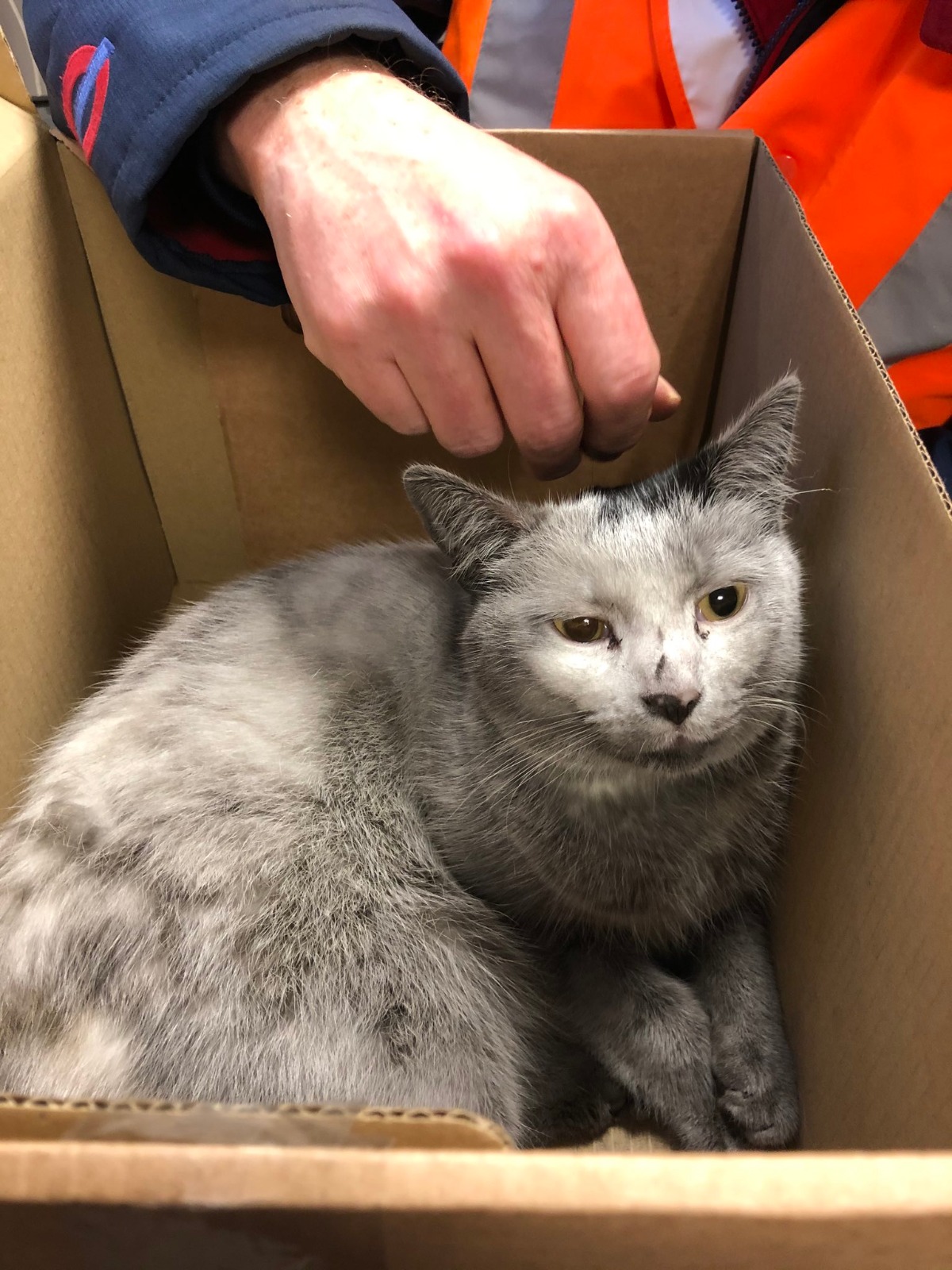 Transport for London’s Emergency Response Unit (ERU) had been called to “an unusual trespasser”.

Owner Mark Piggott, who lives a few hundred yards away from the tube station, said: “The staff think he got in through an entrance somewhere between Tufnell Park and Archway, and then walked up the track. Where that is I don’t know. Maybe it’s meant to be a secret but presumably people can’t get in through the entrance. Perhaps it’s a vent. Maybe he was chased by the foxes and ran down there.”

Mr Piggott added: “He is quite an adventurous cat who would sometimes follow me down the road towards the tube to work. It is bizarre.”

The station has a large industrial ventilation fan that is part of a wider system of cooling the Underground.

“The vet in York Rise called us about it,” said Mr Piggott. “TfL staff had brought him in. They realised he had been seven hours on the track and an estimated 250 trains had gone by and not touched him. It is actually very upsetting, the thought of him lying on the track like that. He has such a lovely, cosy life at home – then suddenly you are in the tunnel with trains going over the top of him. My wife and kids went there to thank all the staff. They were really, really fantastic.”

He added: “Blitz on the Underground, it’s quite appropriate.” 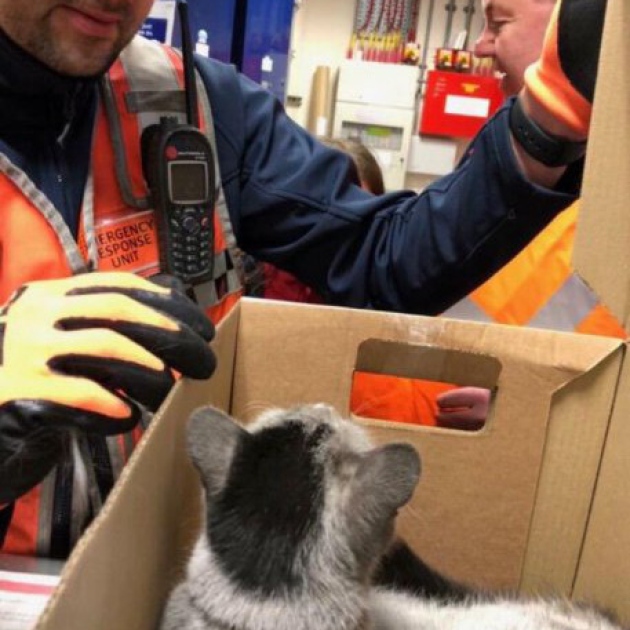 Vets are reducing pain killers to Blitz whose tail has been amputated and is being kept in a special animal hospital in Hatfield.

Mr Piggott said: “We were there yesterday and he was half asleep. But when he saw us and especially my son and daughter, he started meowing really loud. I think he’s quite cross. He was looking at us like ‘why am I all shaved and where’s my tail?’ Not impressed.” Sean Kelly, who was part of the rescue team, said: “We were so happy to get it out safe and sound.”