The Margins: charity begins with a home 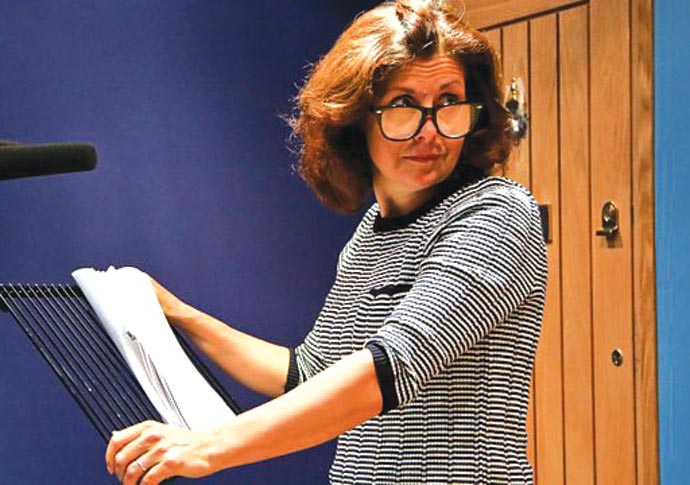 Ben (Billy Howle) is visiting his mum Mandy (Rebecca Front) with his girlfriend Cassie (Cecilia Appiah). Mandy has offered Ben’s childhood friend Mo (Calvin Demba) a room in her Sussex home for as long as he needs it. He’s cooking them curried goat.

Mo and Mandy volunteer together at the same charity shop. Ben lives in London and runs a social investment fund, investing money ethically on behalf of charities.

At first it appears to be a normal family gathering until, out of the blue, Mandy announces that she is leaving her house, Ben’s inheritance, to Mo. This is a shock to all concerned. Ben is appalled about the loss of his childhood home. Mo is bewildered by her gesture. Cassie wants to know why.

Mandy points out that Ben doesn’t need the house – he’s stable and solvent. Ben feels he is being punished for something. Gradually, past resentments and guilty secrets surface. Mandy claims Ben’s father’s family traded Caribbean sugarcane. She wants to compensate for their involvement in slavery.

Mo seems the perfect candidate: he’s black, he grew up in care and is homeless. Or so Mandy believes. By contrast Ben has led a privileged life and, we discover, there is another reason Mandy is so insistent.

Ben has recently lost a considerable amount of a charity’s funds after the pandemic negatively impacted an already risky investment.

Mandy reveals his misdemeanour and the fact that the house is worth the same as the deficit. Previously unaware of the extent of his loss, Cassie accuses Ben of revising his history. But Mo also has a bombshell to drop. A childhood memory that adds another layer to the intrigue.