The life of brine in Becoming Cousteau 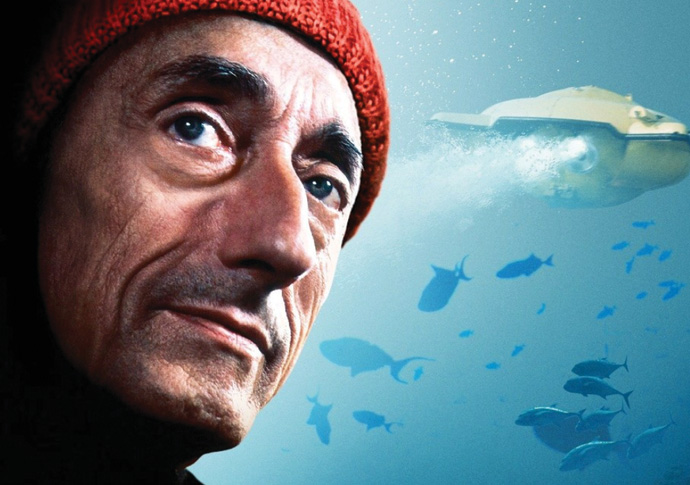 JACQUES-YVES Cousteau wanted to be the underwater equivalent of the greatest Hollywood directors – a man whose film-making would be celebrated.

But as this biography reveals, this ambition required an abnormally wide set of talents – including the ability to design machines to take him to parts of the planet no one had ever seen before.

The son of a French naval officer, Cousteau had a childhood drenched in sea water.

He trained as a naval pilot, a career that ended with a car crash in his 20s.

Told to swim as much as possible during his rehabilitation, he went from spear fishing with a snorkel to designing the Aqua-Lung and revolutionising diving.

He grew into a pedigree sea-dog, taking his converted Royal Navy minesweeper, the Calypso, across the oceans.

Liz Garbus takes us with him, using Cousteau’s footage and occasional narration from the alluring tones of Vincent Cassell.

And what a subject. His application of his polymathic skills created a whole: his mechanical inventiveness, his photographer’s eye, his holistic philosophy towards the natural sciences, his proto-environmentalism, his bravery and discipline and determination, his communication skills.

All this, and his unerring ability at all times to look completely snazzy, like a suave French James Bond, makes the Cousteau legend shine in parts.

But Garbus also reveals a man with flaws – his personal life and his approach to fatherhood are approached with honesty, as are the tragedies he faced.

His early career was about Futurism. He designed whacky plans for underwater cities, driven by an enthusiasm for finding ways to make the ocean more accessible.

Then he bears witness to the destructive force of human exploitation and carelessness.

He watches as the oceans die, and morphs from adventurer to custodian, sounding the alarm like a placard-waving Neptune.

Cousteau’s name may no longer have the global recognition it once did, so perhaps this film may not stand out in the plethora of amazing natural world films there are to enjoy for a generation who didn’t see him first time round.

And it seems a shame the only fictionalised account of his adventures was the fun-poking comedy The Life Aquatic with Steve Zissou.

He deserves the Indiana Jones treatment.But if you know, you know, and those who were brought up on his television series will love this.

It feels like one of his own real-life derring-do documentaries, and Garbus has had such a rich seam of archive material to draw on.

Cousteau explored the sea, captured its power, beauty, danger, depth and brought it back for us to see.

For confirmed Cousteau fans, who intrinsically link his name with a sense of wonder, this film is pure, briny heaven.