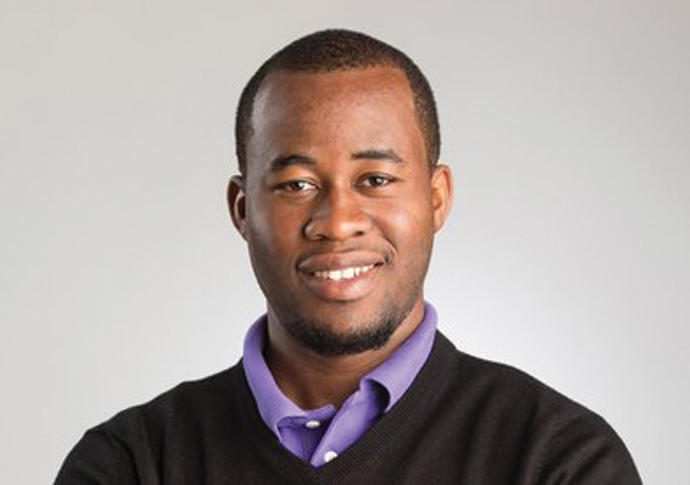 There they encounter a local madman, Abula, who predicts that the oldest brother will be killed by one of his fellow fishermen.

The curse sets the brothers on an inexorable course and unleashes a chain of events that tears apart their family with tragic consequences.

In 2018, New Perspectives, in association with HOME, presented this powerful allegory of brotherhood, vengeance and fate, in a stage adaptation by award-winning playwright Gbolahan Obisesan. Now the original cast has reunited with director Jack McNamara to reimagine this lyrical family saga for radio.

The tragic tale is related by two brothers Ben (David Alade) and Obembe (Valentine Olukoga) who, after eight years apart, meet on the banks of the river in Akure, a small town in south-western Nigeria. They look back over their Igbo childhoods in the mid-1990s, a dark period in Nigeria’s past when the despotic General Abacha was in power.

Their father, who is employed by the national bank, has to work away from home. He’s a hard disciplinarian who bans his sons from fishing in the river and wants them instead to study hard to become lawyers, doctors and pilots. His severity unwittingly plays a part in the demise of his family.

Alade and Olukoga move seamlessly between the voices of their siblings and parents as they recall the tumultuous events that shaped them and try to make sense of what happened to their family. Michael Ajao plays the other characters.

Nigeria’s oral storytelling tradition and Obioma’s vibrant language is perfect for radio. McNamara sets a breathtaking pace and Adam P McCready’s atmospheric music ratchets up the tension and draws out the drama’s supernatural elements. This is a tour de force of storytelling and the small cast give electrifying performances.