The filth and the fury

Not only Peter Cook but also Dudley Moore feature in a new play about the pair. Dan Carrier talks to its co-writer about bringing Pete and Dud to life. 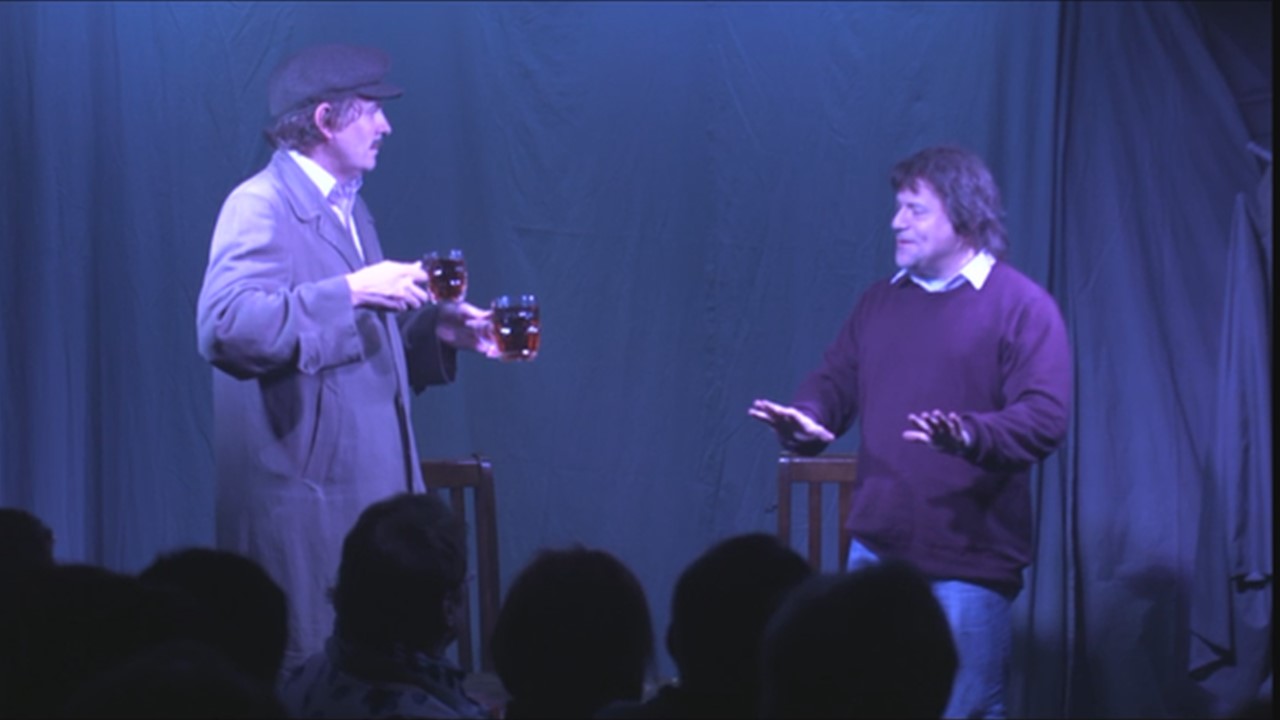 Goodbye: The (After) Life of Pete and Dud

THEY were the foul-mouthed lavatory attendants whose expletive-littered tirades kept comedy fans chortling through the 1970s.

Derek and Clive, the creation of Hampstead comic Peter Cook and his comedy conspirator Dudley Moore, were super-rude alter egos who to many fans seemed to be extensions of the duo’s real-life personas.

And it was listening to the classic comedy on highly prized bootleg tapes as a child that inspired comedian, writer and actor Jonathan Hansler not only to join the entertainment industry – but three decades after Cook’s death, to pen a show featuring the pair.

“I have always been drawn to Pete,” says Jonathan, whose show Goodbye: The (After) Life of Pete and Dud is on at Camden Town’s Dingwalls throughout August. “He was a troublemaker. He started wars through his original approach to life.”

And the legacy of Pete and Dud must be cherished, he says – “it is important to remember quite how talented they both were. Dud was actually a beautiful concert pianist, a truly genius musician, while Pete was a genius with language, a verbal swordsman.”

Instead, Jonathan and his co-writer Clive Greenwood want to give the audience something more, a consideration of why the pair have joined the upper echelons of British comedy talent.
“Pete is waiting in some form of purgatory soon after his death: he is running a bar for recently departed comedians, serving drinks to the likes of Peter Sellers, Frankie Howerd, Tony Hancock,” explains Jonathan.

“Pete is in the afterlife and he is waiting for Dud to rock up so they can face divine justice together for creating Derek and Clive. There’s Monty Python star Graham Chapman there, too, waiting patiently for the six other Pythons, who have to answer some questions about Life of Brian.”

Clive plays all the other actors and comics in the show.

“Clive is an expert in British post-war comedy and gets the tone just right,” Jonathan says.

“I am encyclopaedic about Pete and Dud. When I was a kid I’d take Derek and Clive tapes on holiday and be scared someone would find them in my luggage,” he recalls.

“Pete has always informed me as a writer and actor. I remember watching a sketch they did where they were both just sitting on a park bench and reeling off meaningless rubbish. I thought: ‘I want to be him.’ I asked my parents for a book of his scripts for Christmas instead of an Action Man.”

Jonathan was cast as Pete in a play called Pete and Me, which is set backstage when Dudley Moore was on This Is Your Life.

It was performed at the New End Theatre a few years ago to strong reviews – and their latest show has also been praised, with some critics mistaking the original material for a rehashing of old Pete and Dud jokes – a testimony to how well the writers’ ears have been tuned to their voices and characters. 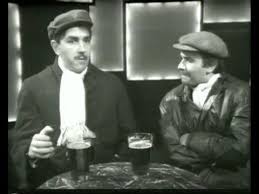 Jonathan says he believes part of Pete’s genius was based in his complicated and sometimes chaotic background – something he as an actor can relate to.

“I was an alcoholic,” adds. “I gave up drinking six years ago, and so I feel I can understand Pete’s issues with drinking. I can relate to Pete’s own experiences.We were on the same path of self-destruction.”

While Jonathan has often reprised the role of his hero, for this run the part is played by actor Kev Orkian. Instead, Jonathan will be at the Edinburgh Festival in a show that stitches together episodes from Fawlty Towers.

Taking on the persona of two of Britain’s best- loved and iconoclastic comics, men who smashed the boundaries of what was acceptable to laugh about, is also a challenge as both are so well known.