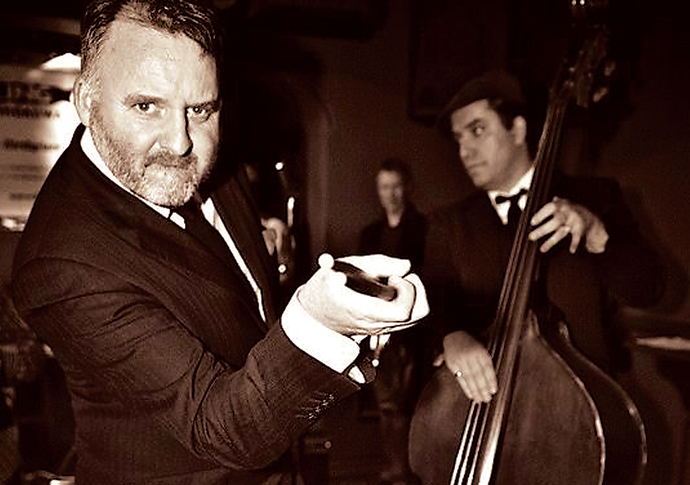 Ben and Emile Martyn of The Fallen Heroes are returning to The Blue Posts on Sunday.
PHOTO: ©Michael S Marks, 2011. www.michaelm.zenfolio.com

IT looked for a time like Soho watering hole The Blue Posts was going to be another sad statistic, another London pub lost to spiralling rents.

A favourite spot for theatre staff and other workers who keep the West End bustling, it closed in 2016 after 275 years of trading with the dead hand of gentrification hovering over it.

But this week marks a crucial stage in a remarkable turnaround of one of the area’s best-known ­traditional pubs.

It was reopened as a pub late last year by Zoe and Layo Paskin, the family behind the famous Palomar restaurant along the road – and on Sunday, they welcome back for the first time since its closure The Fallen Heroes, the celebrated house band.

The Fallen Heroes are led by siblings Ben and Emile Martyn, and are legends in the West End music scene.

Regulars at venues such as Ronnie Scott’s and the 100 Club, they had a Sunday afternoon residency at the Posts for more than a decade.

Ben, who plays bass and sings, said: “We were there for 11 years and we had to finish when the place closed. It was extremely sad when it ended.

“It was an institution – we made so many friends. People came from all over the world to spend a Sunday there – we had visitors who’d book a hotel in London for the weekend so they could come and experience the Posts on a Sunday.”

The brothers come from trad jazz royalty: their father is the drummer Barry Martyn, who has played with and booked some of the leading proponents of the New Orleans sound. 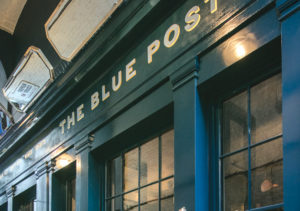 And the pair cut their teeth in the American South – Barry was living in New Orleans and the siblings moved there as youngsters to learn their trade.

The Fallen Heroes are clearly informed by this experience. Ben added: “We are influenced by things like New Orleans rhythm and blues, Louisiana music – which means it’s jazz, Cajun, rock and roll, country, and rhythm and blues all mixed together.”

With the pub having been opened for a few months, the Martyn brothers decided to take a deep breath and pop back in – and were thrilled to find the place was in good hands.

Ben said: “We were having a drink and Zoe walked in and said she had heard all about us. She gave us a beer and we dropped in the conversation that perhaps we could come back. She said yes, absolutely, immediately.”

They first came across the Posts after gigging around the neighbourhood – and heading into pubs to busk for beers.

He said: “We’d played at the Dutch pub’s basement in Macclesfield Street and it was here we met the previous owners, Michael Cowell and A Yamashita. They said to us, if we ever get our own bar, you can be our house band. So when they took on The Blue Posts, they invited us to stay.”

And they said they were thrilled to be returning to their home, especially having seen how it’s been given a new lease of life.

Ben said: “Everyone wondered what the new Blue Posts would be like and everyone is so pleasantly surprised.

“Every time I get on the train and go to play there, I think: I am playing today in one of the nicest pubs in the heart of one of the coolest cities in the world.”

• The Fallen Heroes return to The Blue Posts this Sunday to commence their new weekly residency. Doors open at 3pm.