The evolution is being televised

OPINION: Back-to-back women’s footy on TV, and rugby on the other side? This felt momentous 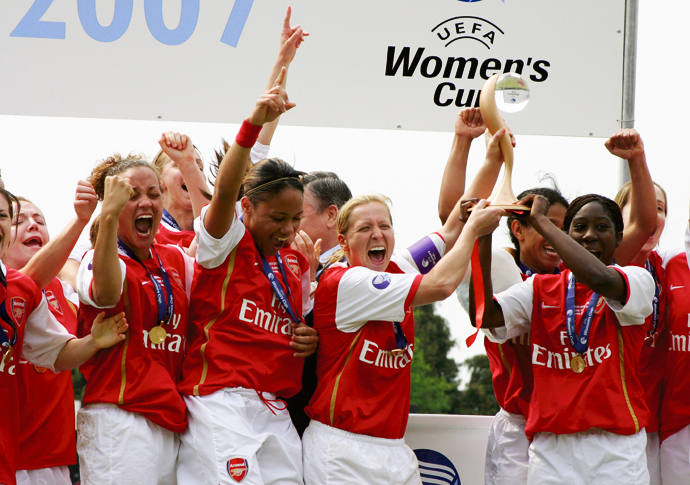 A SEISMIC shift occurred the other weekend. I sat down to watch two footy matches back-to-back on the telly and, if I’d felt like it, I could’ve switched channel for a spot of international rugby, too.

Nothing special about that, you might say. But it was, because these were all women’s matches. On the BBC. And two million viewers tuned it.

It didn’t just happen that weekend, either, but the two that followed as well.

Now, I don’t care how many trolls manage to bash out the words “No one cares” with their one good finger whenever women’s sports are mentioned in social media la-la-land; to me that felt incredibly momentous.

It was 1999 when I was packed off to cover my first women’s match by this newspaper. In these pages, sport is sport, regardless of who plays it. But on a national media level, women’s sport has often been the poor relation.

Football is my game, so this is how it felt. For years, it seemed like the best we could hope for was a few column inches in some papers and getting the FA Cup final and occasional England game live on the box.

Change has been coming, particularly since the professionalisation of the top flight, but this season has felt different. Matches are live on Sky, the BBC or the FA Player, Champions League games are streamed online through DAZN, and England are on ITV.

Does it even matter? Well, there’s a saying in women’s football: “You can’t be it if you can’t see it.”

For as long as I can remember, boys and men have been able to read or watch their favourite male sportsmen on any day of the week, and it’s perfectly fine for them to try to follow in their footsteps. But next month marks the 100th anniversary of the FA ruling that stopped women playing on its affiliated grounds. It was a ban that stood for 50 years.

We’ve been playing catch-up ever since, not just on the pitch, but in the coverage given to the elite end of the sport as well.

It’s not just football, either, which is why getting women’s sport in our daily papers and on our television channels matters.

It doesn’t just build support; at a grassroots level it gets us playing, improving, building even more teams and clubs in the process.

So I’m sorry, not sorry, to harp on, but what could possibly be wrong with that?