The Boy and the Pebble: Mod road trip loses its way

Story of youngster who inherits his late father's wheels, draws on sub-culture's attractions with mixed results 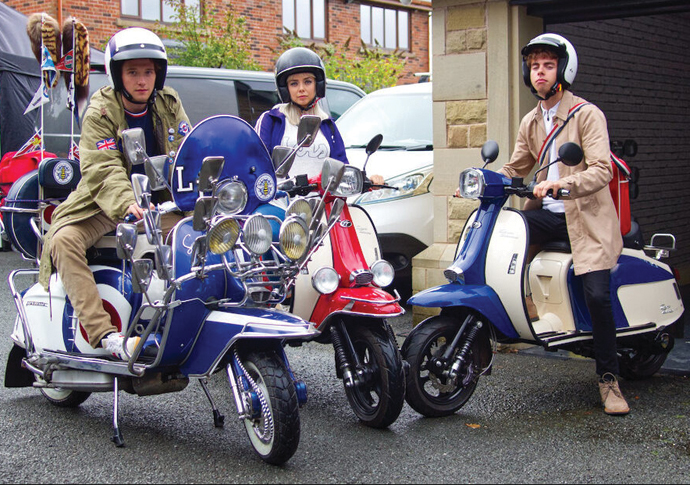 Quadrophenia it ain’t – The Boy and the Pebble

THE BOY AND THE PEBBLE
Directed by Chris Green
Certificate: 12a
☆☆☆

POPULAR contemporary culture has always looked to the past and cherry-picked movements to reinvent. We are particularly good at this in the UK, perhaps because our post-war creative industries changed the world.

One such movement is all things Mod – the smart-dressing, scooter-riding, ska, R’n’B, soul and beat music-playing sub-culture that maintains a strong grip on our collective imagination despite it originating more than 50 years ago. It has inspired film – Quadrophenia, released in 1979, remains a stone-cold classic.

John (Patrick MacNamee) is grieving for his father. We learn he was hit by a bus while pottering about on his scooter. In the weeks following the funeral, he inherits his dad’s wheels, collects his father’s ashes and – against his mother’s will – decides he’ll ride from Manchester to Brighton to scatter them in the town known as the Mods’ spiritual home.

Of course, the journey isn’t straightforward, though the plot wobbles here and there like a flat back tyre on a Vespa.

He is joined by rebel teen Nicki (Sacha Parkinson), who tags along at first because Paul Weller is doing a gig in Brighton, but soon finds another reason.

Perhaps original Mods will like this fairly simple and predictable fare. Perhaps it will provide a happy Lambretta-inspired ride down memory lane.

But for those of us who weren’t there, the attraction of the movement is not exactly obvious through this film’s portrayal.

While the scooters look as terrific as ever, the stylisation falls short. It feels like every character has been clothed head to foot by a cheap revival store, selling knock-off versions of what was once worn.

This market stall sensibility doesn’t just end with the too-box fresh clothing. Instead, it infects other elements, as if the characters are off-the-peg knock-offs, too.

It is a shame the patchiness takes away from writer/director Chris Green’s interesting premise: a boy who has lost his father, seeking to find out more about what made him tick. Sadly, whatever the attractions of Mod culture were and still are, it doesn’t come over clearly here.