The big purge? Councillor who spoke out against new skyscraper on green space is deselected by Labour 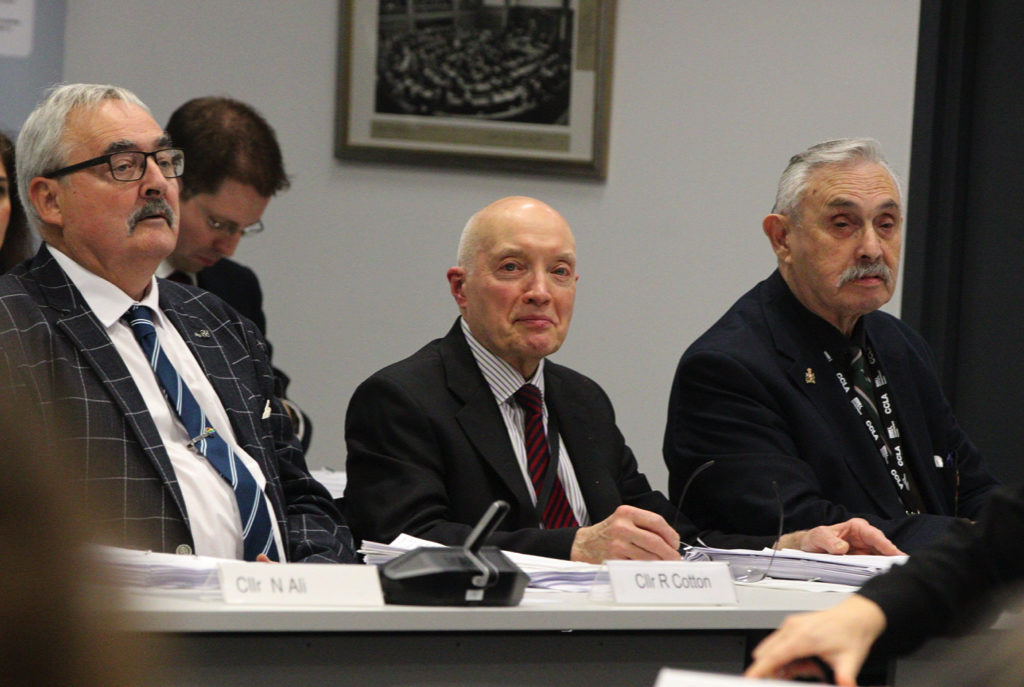 Labour councillor Paul Tomlinson has been blocked from standing again

A LABOUR councillor has been booted out of the party’s team of election candidates after speaking out against a skyscraper of luxury flats being built on a rare bit of green space in Somers Town.

Paul Tomlinson, who has represented the ward since 2015, is understood to be the first of as many as six of the party’s councillors who have been told they are not welcome to stand again.

A series of appeals against ­de­selection have failed.

Supporters were shocked that Cllr Tomlinson, a backbencher who has hardly missed a meeting, had been blocked, and the process was quickly described as a “purge of the left” with the rejected candidates coming from the wing of the party which had been enthused by Jeremy Corbyn’s leadership.

The “left” caucus on the council had already been hit hard by a number of councillors choosing not to stand again when Camden goes to the polls next May.

Cllr Tomlinson was told he was unwanted because of his work on a “call in” asking for Camden to take another look at redevelopment plans for land in Camley Street where he argued existing businesses were not being properly considered.

He was also sanctioned for co-signing a letter with opposition councillors on the need for more scrutiny sessions during the Covid pandemic – and making clear his concerns about the tower block next to the Coopers Lane Estate in Somers Town. 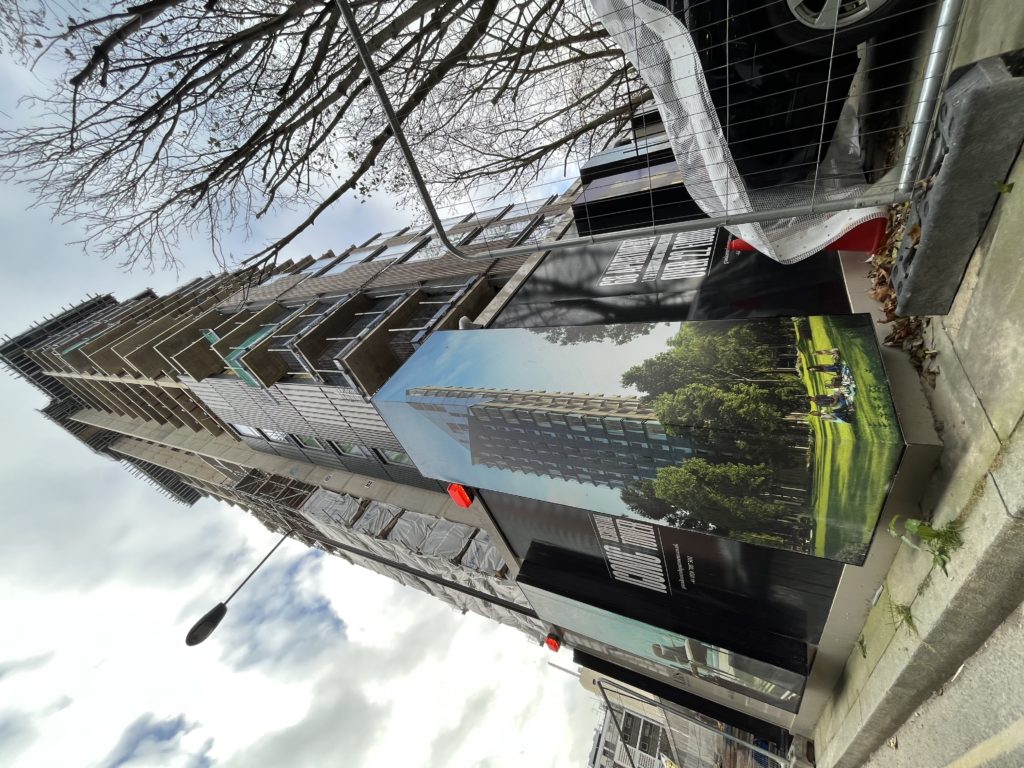 The tower in Somers Town is currently being built, growing higher each day

Currently under construction, it has been claimed that 22 floors of expensive homes – known as the Grand Central Apartments – will tower over what is left of the open space.

It was one of the most controversial schemes in Camden’s flagship Community Investment Programme (CIP) – the “North Sea Oil” strategy – with the council levering in money to pay for a rebuild of Edith Neville Primary School.

The council say it was the only way to secure badly-needed investment, but critics argue the school could have been fixed up without the need for the lucrative private skyscraper. Camden is currently running a scrutiny investigation into the performance of the CIP, but the Labour leadership remains committed to extending the programme.

Cllr Tomlinson had told the Guardian newspaper of his worries for the land deals: “It’s great that we’re building again but the new developments aren’t doing enough to tackle our long social housing waiting list. A lot of our poorer residents with larger families are having to move out of the borough – and now there’s doubt about being able to sell the private flats.”

He also used the term “social cleansing” – which it is understood that he argued was a “fair and true comment” during the appeal process.

He said he had co-signed the joint letter with the Tories, Liberal Democrats and Greens because he was worried Camden was in breach of its own constitution due to the lack of ability for councillors to monitor decision-making during the Covid upheaval.

Outside the Labour ­Party, there have been warnings that his deselection as a candidate will lead to anger.

Fran Heron, a well-known tenants leader on Ampthill Square Estate, said in a submission to the appeal hearing, that Cllr Tomlinson took a “principled stance” on issues, as the area was buffeted by big developments.

“If councillors cannot advocate judiciously on behalf of constituents who elect them, even if this means holding the administration to account at times, the whole system of democratic accountability is nothing more than a sham,” she said.

“Paul has worked really hard both for the council and his constituents with unruffled calm, integrity and compassion throughout his term.”

Slaney Devlin, from the Somers Town Forum, said she was not a member of the Labour Party but warned: “I know that many of our members will share my disquiet that our elected councillors cannot report very real concerns and frustrations without losing their livelihoods.”

Among Labour councillors with less sympathy for Cllr Tomlinson’s rejection, it was being claimed that he did not express his concerns to the leadership before diving into call-ins and comments to the press.

Cllr Tomlinson said he had always made clear his opposition to the new tower block and has argued throughout the process that he was fulfilling the role of a local councillor, believing himself not to have broken any codes.

In a statement this week, he said: “Unfortunately, the Labour region has rejected my appeal to go forward as a candidate for the local elections in May next year. “I failed to convince the appeal panel of the value of the work I have been doing in arguing for the resumption of scrutiny committee meetings and openness of information.”

He added: “In the circumstances, I will continue to support Labour values and serve the residents of St Pancras and Somers Town ward until May 2022 as best I can.” 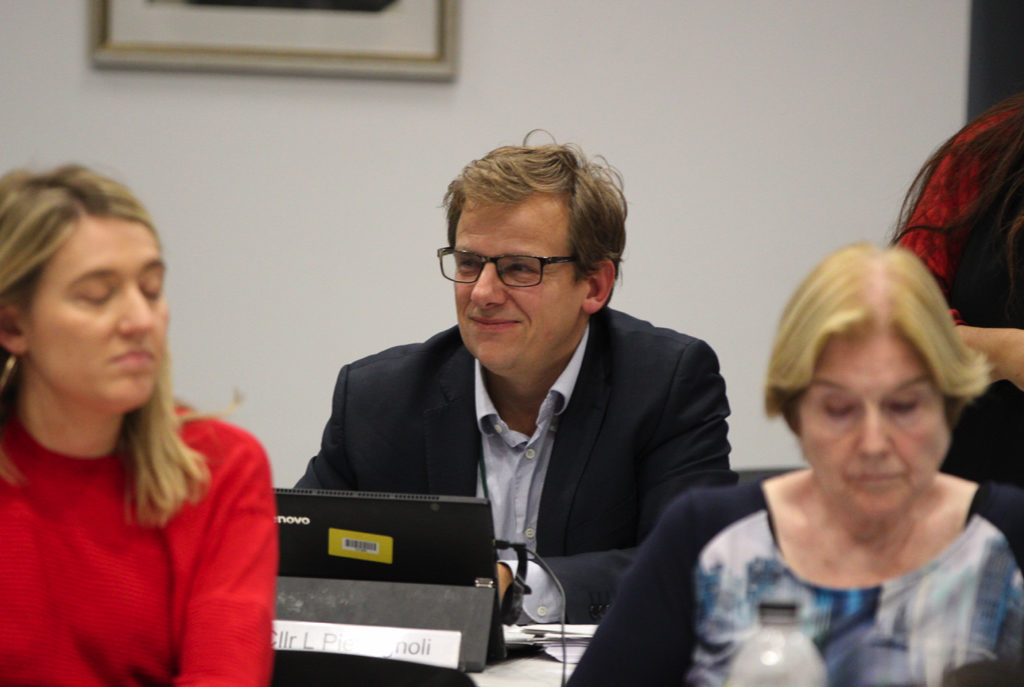 The case has thrown up questions about how regimented local politics should be and what freedoms there are for councillors who agree with the bulk of the party’s policies but have concerns about individual cases in their wards; the joke “attack of the clones” has been shared this week with the comical view of how a robotic rank of councillors could line up in the chamber next year without a scent of any debate or disagreement.

The current Labour ­Party leader Sir Keir Starmer voted against party lines on HS2 in his early days as MP for Holborn and St Pancras, while Hampstead and Kilburn MP Tulip Siddiq suffered no penalty for when she opposed Labour’s official stance on Brexit.

Further back through history, Labour rebels at the council who broke the whip to save libraries in Camden from closure are now celebrated for their actions.

But local organisers said collective responsibility needed to be taken seriously by all potential candidates. 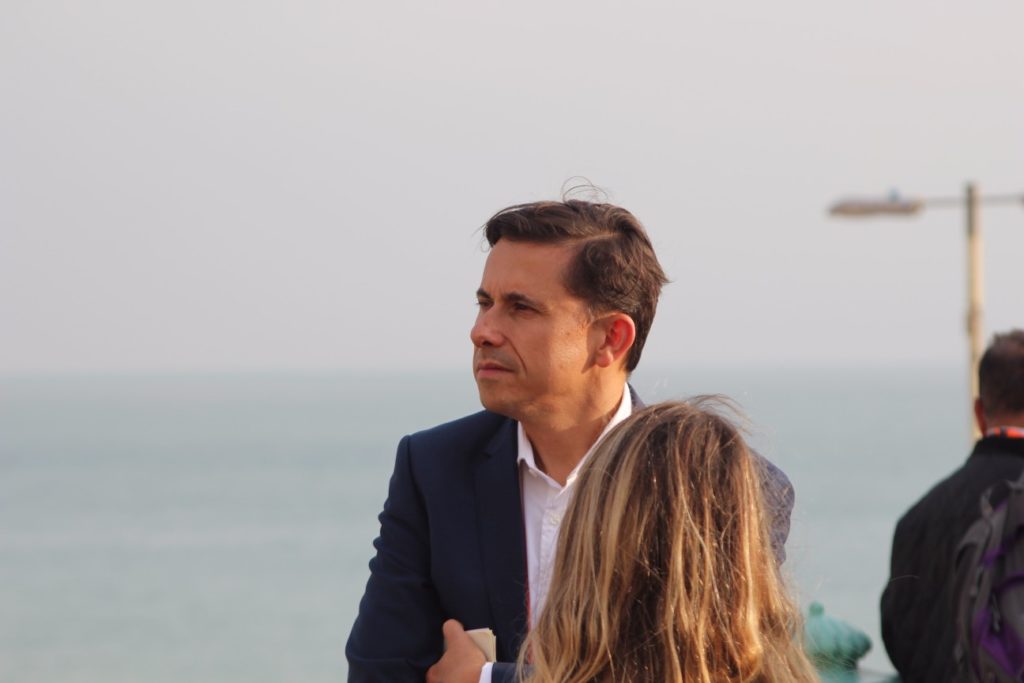 Mike Katz, who was himself deselected as a Labour councillor in 2014 when he lost his place in Kilburn, is now chairing the process as the head of Labour’s Local Campaign Forum.

Its task is to produce a slate of potential candidates before it is confirmed who is standing at the elections – and in which wards.

“Our job is to bring together a diverse panel of candidates who meet the high standards that both we and voters expect of elected councillors,” he said.

“We have followed a process set down in the Labour Party Rule Book to do this, which includes an interview chaired by an experienced members from outside Camden. Anyone who doesn’t pass this interview has the right to appeal, which is heard by elected members of the London Labour Executive.”

Mr Katz added: “In short, if appeals haven’t been upheld it’s on the basis of strong evidence. This could be failure to abide by collective responsibility, letting down their constituents or struggling to carry out the role.

“No one should automatically expect to be a councillor if they don’t meet our requirements. “We owe it to Camden residents to pick people who are passionate about representing them – it’s letting down the party and the public to give people a free pass.”