That’s her! She’s the one who helped me through Covid ordeal

Patient and medic reunited after he spots her in photographic exhibition 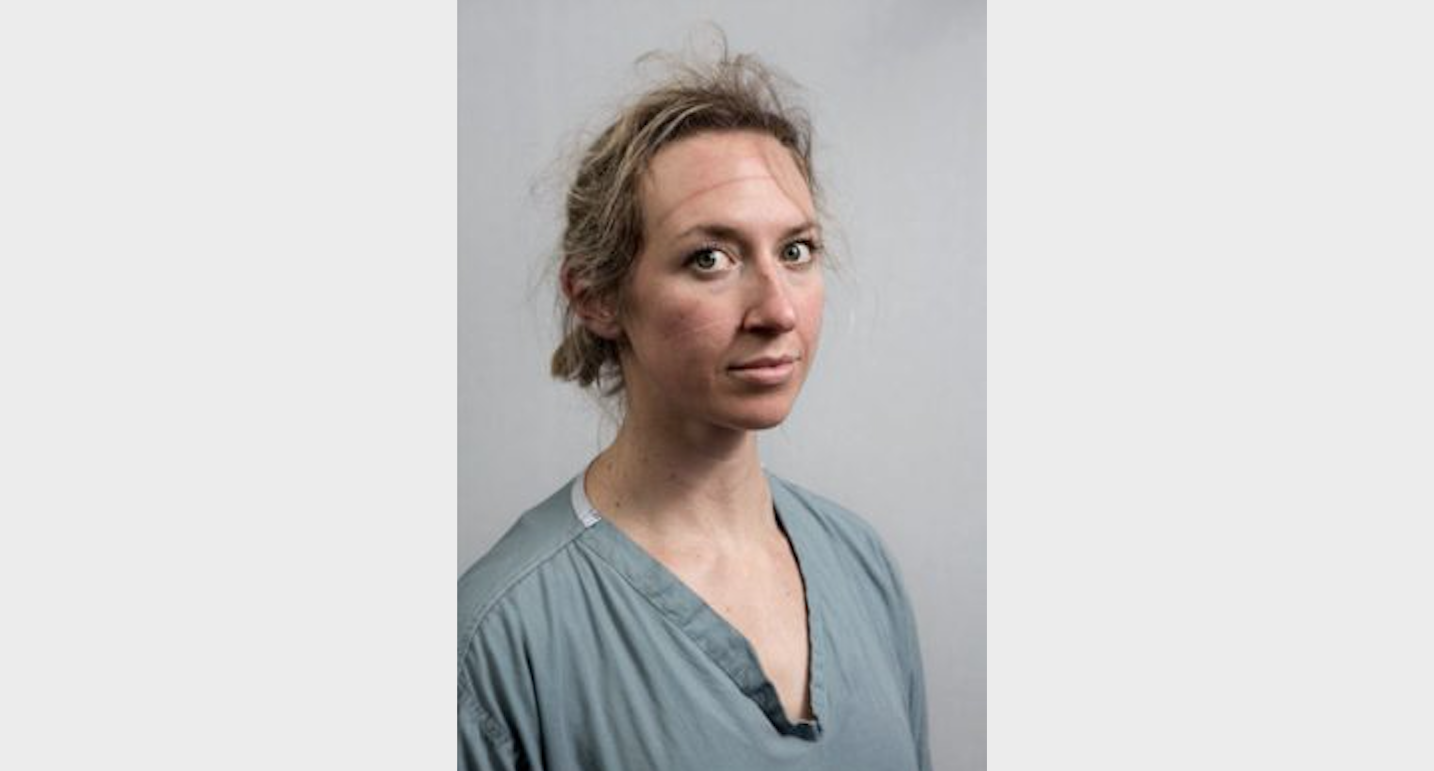 A HOSPITAL worker was reunited with a Covid patient she had cared for after the elderly man spotted her portrait in an online exhibition.

Rebecca Kimber was among 120 University College Hospital staff to have a professionally taken portrait during the first peak of the pandemic.

The specialist speech and language therapist, who had been redeployed to a Covid recovery ward, was one of the first faces the elderly man saw after being moved out of the hospital’s intensive care unit.

She had remembered him because he had made a particular first request – a bottle of organic lemonade from M&S.

Ms Kimber said: “When he first stepped down from critical care, he couldn’t sit on the bed without five people supporting him. He was very weak, fatigued. He couldn’t remember what Covid was, we had to tell him why he was in hospital. It’s so challenging for us seeing so many people so unwell, and not knowing how they ended up.

“I couldn’t believe what he looked like when I saw him again. We had only seen him in such an abnormal situation. He hadn’t really seen us without all our PPE on.”

She added: “If those photos weren’t taken, we would never have had the chance to see him again and discuss where he was at.”

Ms Kimber was speaking at an online event marking one year on since the lockdown and officially launching the photography exhibition. She added: “He was saying he would really love to drink something – in particular some M&S organic lemonade. It was very specific.

“We knew we could provide some normality for him. We worked very hard to get his trachea out so he could have his organic lemonade.” Ms Kimber was redeployed to a specialist respiratory ward, which was set up in seven days during the first wave. After her shift she went to have her portrait taken by the photojournalist who had been allowed in to the hospital to document the historic events that were unfolding.

Tom Pilston, who took 120 portraits of staff, said: “When you are a photo­journalist you go to all places of conflict. “You see what it does to people’s faces, here was a conflict in my own doorstep. I found it very humbling.” 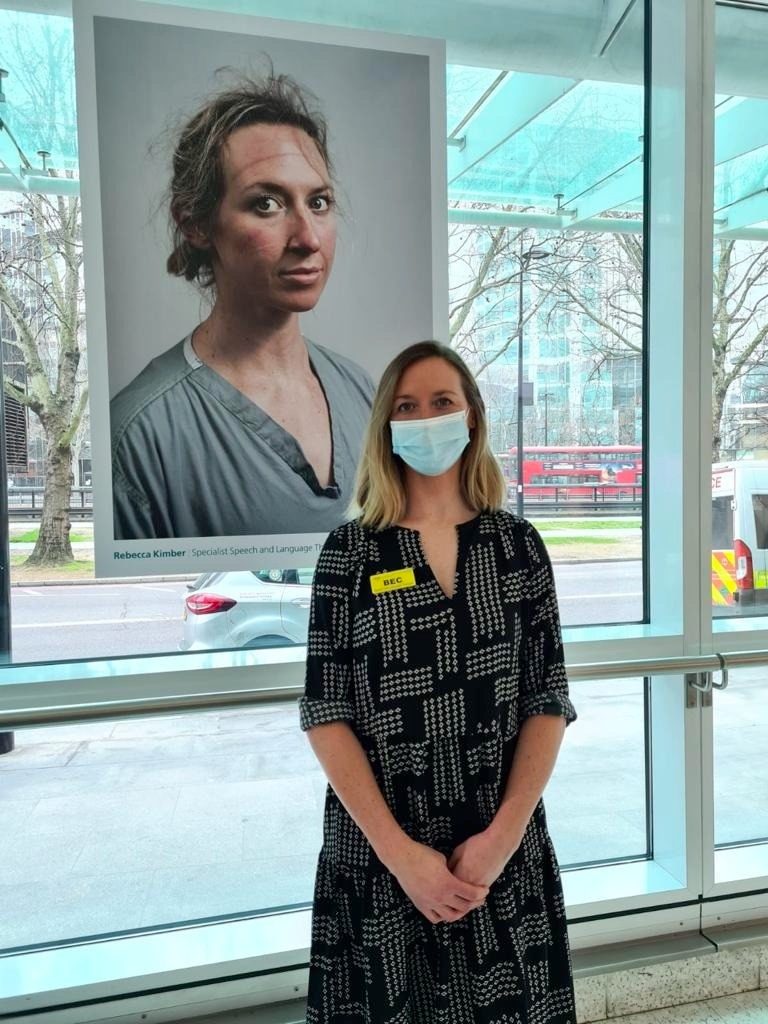 Rebecca Kimber with her portrait at UCLH

The event also heard from consultant respiratory physician Ronan Astin who set up the respiratory ward.

He said: “I think one aspect of the pandemic is that we dilute our memories on recall, probably as a defence mechanism.It’s hard to remember the depth of emotions felt around that time.”

The meeting heard about the importance of the arts in hospitals and that 40 patients with Covid at the hospital, opposite Warren Street tube station, have been referred to singing group therapy run by the English National Opera.

UCLH Chief nurse Flo Panel-Coates said the exhibition had brought alive “what’s happened in a way that words and pictures together can only do”.