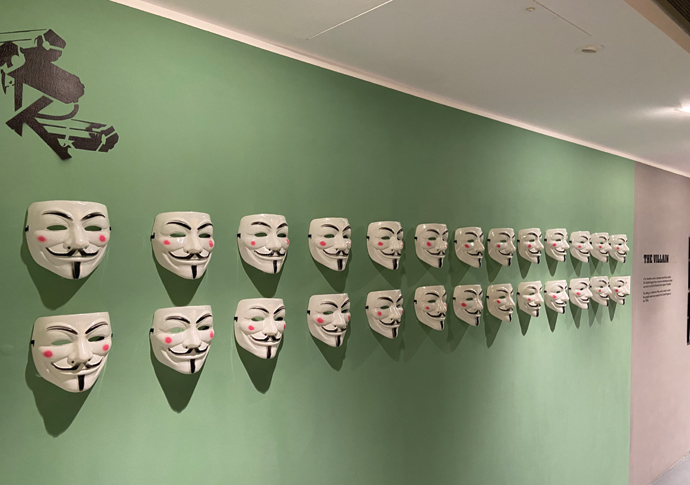 THE visage has been appropriated by a variety of disparate groups, appearing on everything from masks worn by protesters on barricades to greetings cards, badges and a host of other tat.

The globally recognised face, an image loosely based on the would-be Stuart king killer, the Catholic mercenary Guy Fawkes, is the art work of graphic novel artist David Lloyd, and first appeared in V for Vendetta, the strip he created with author Alan Moore.

First published in 1982 as a serial in the comic Warrior, it long outlived its original platform. Taken on by the DC Comics stable, it has become a seminal piece of work in the genre – and it reveals something of the dystopian atmosphere of Thatcherite Britain, with the Cold War raging and nuclear disaster a constant fear.

V For Vendetta is set in the UK in the 1990s, and after a global war, everywhere is in ruins.

A fascist political party called Norsefire has established rule, killing their opponents and oppressing the population. 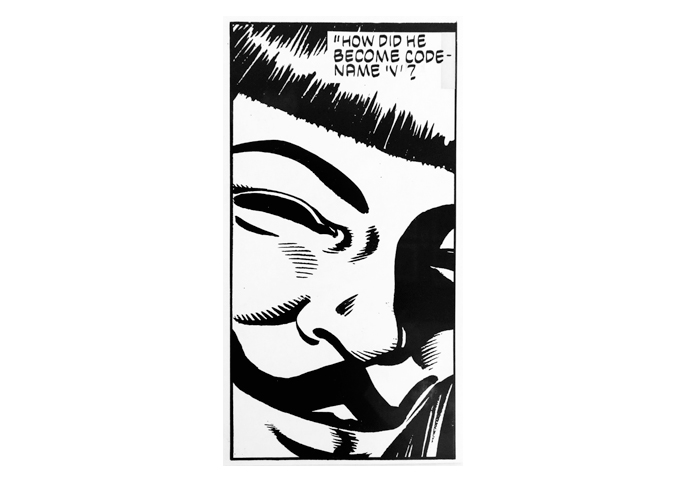 The hero, V, is an anarchist revolutionary intent on bringing the fascist state down – and doing so with his face hidden behind his Guy Fawkes mask. No wonder it has become something of a protest march cliché.

The Cartoon Museum has long-standing links with the artist. Lloyd has previously loaned the Well Street institute original art work from the novel.

“They were part of a generation that shifted the perception of comics from ‘something for kids’ to a more adult audience,” he said. “V for Vendetta, alongside Moore’s later work such as Watchmen and From Hell, treat the comic medium more seriously, aiming for an older audience and featuring complex and adult themes.” 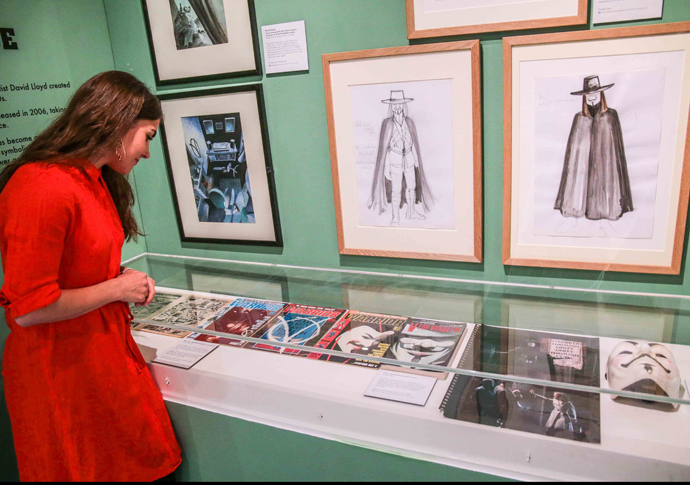 Exploring how and why is the focus of the new show, considering the genesis and influence, and its unique, iconic art.

“The exhibition felt very timely, during a period of mask-wearing and government over-reach, and with the famous Fawkes mask becoming known all over the world as a sign of protest,” says Mr Sullivan.

“We wanted to tell the story of the world of V – how the characters move through the world as oppressed individuals before taking control of their own destinies.”

Included are pieces of costume and set from the 2006 Natalie Portman-led film adaptation, and includes placard-style art. 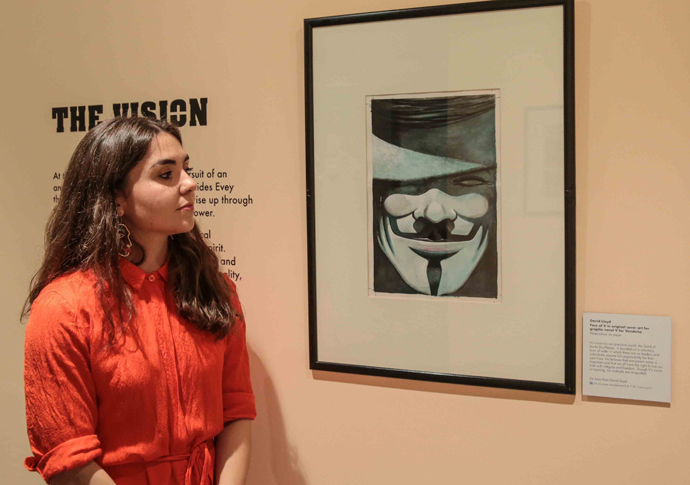 Lloyd took images of Fawkes to base V’s look – but as Mr Sullivan explains, turned the moustache up a notch at the corners, to make him look scary.

“The ambiguity of the design – smiling but sinister – conveys a lot of meaning about the character and the story, and the use at anti-authority protests shows how the meaning has carried across from the graphic novel,” says Mr Sullivan.

“It is also very practical at protests for hiding protesters’ identities, in the same way that V’s identity remained hidden in the graphic novel.”