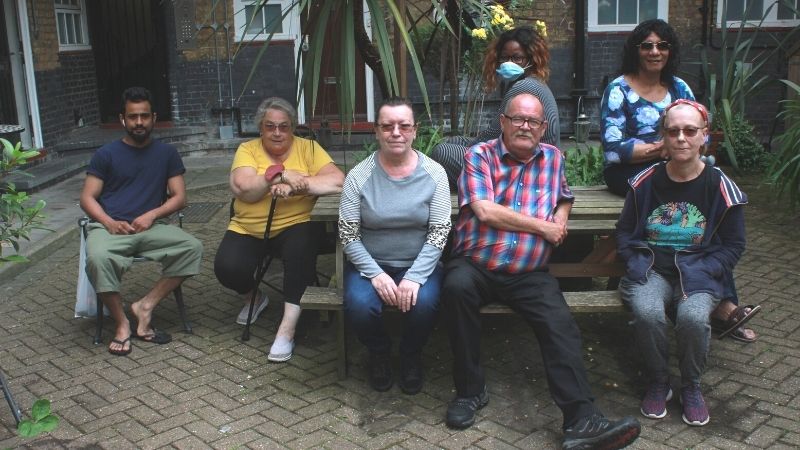 TENANTS have been told to remove a flower garden they say became a “sanctuary” for them during lockdown.

Origin Housing has told residents at St Christophers House, Bridgeway Street in Somers Town, to move furniture and flowers from communal spaces by the end of the week.

The orders have been fixed to tables, chairs and barbecues. They follow a fire safety inspection but residents say there is plenty of space for emergency services to access the block.

Dave Hardiman-Bennett, who works at McGlynn’s pub in King’s Cross, said: “We got this notice saying plants and furniture have to be removed, but for 18 months this space had been a lifesaver. It’s been so important for the well-being of people. I don’t have room inside to eat my food really, I like to sit outside at the table. It’s outrageous what they are doing to us. They are making us prisoners in our homes. We feel snookered.” 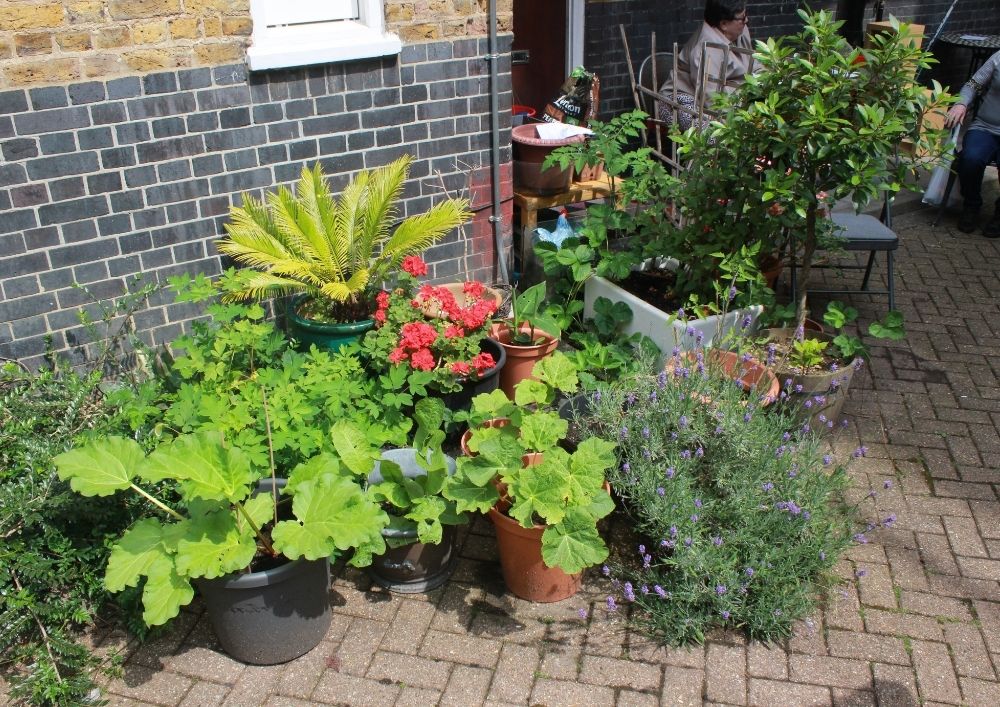 Some of the flowers

He added: “We have big community parties here; Olympics for the kids, Halloween – and there are never any problems because our neighbours all support each other. We had a fundraiser for most of this stuff, and Origin matched what we raised to put it all in. But now they are telling us to get rid of it all.”

Several residents on Tuesday spoke about the special close-knit community in the block and how several of them had lived in the area for decades.

Joyce Carmichael, who has lived in Somers Town for more than 50 years, said she liked to go to St Christophers House gardens to talk to “Doll” who used to baby-sit her.

Chris Khan said: “We were able to come out here during lockdown without breaking all the rules. It was really important.”

And Cynthia Ramsay said: “Seeing the flowers, talking to your neighbours – talking to the flowers even – it’s good for people’s mental health. We’ve all been stuck indoors. To have a space like this is so important.” 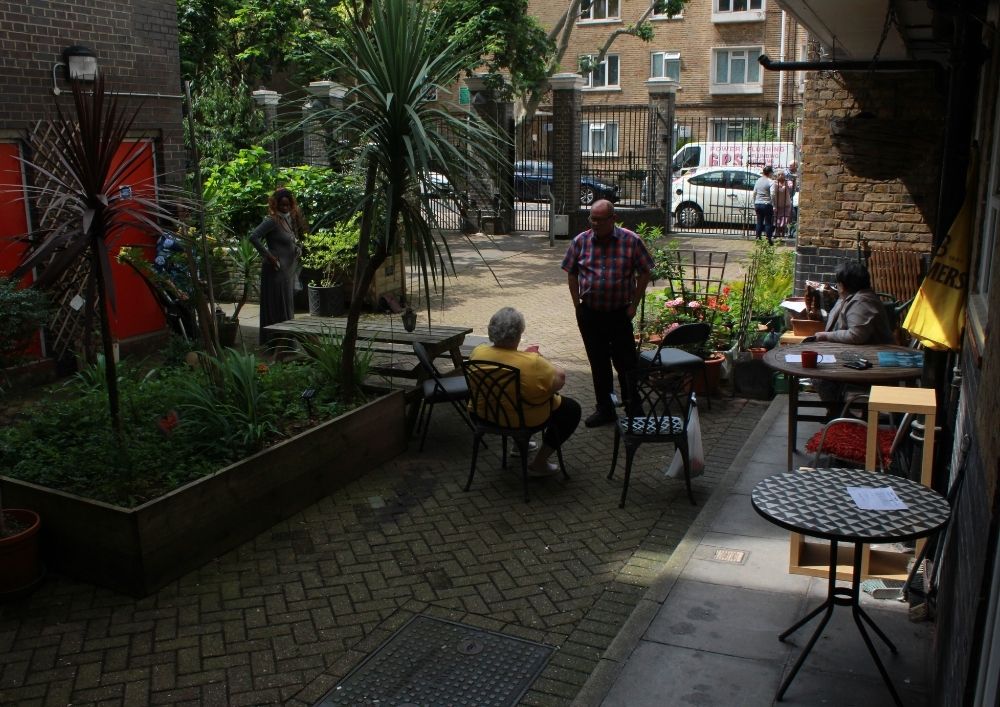 The tranquil set-up has been deemed a fire risk

The formal letters from Origin have incensed residents as they come after months of disputes over contractors’ vans clogging up the other half of the courtyard. The space recently won second prize in the annual Camden in Bloom estate gardeners’ competition.

An Origin Housing statement said: “As part of our commitment to our residents safety we carried out a fire risk assessment at Bridgeway Street. This identified areas of the communal courtyard that needed to be clear to ensure a safe route out of the building in the event of a fire.

“We put notices on the items potentially causing a hazard, to give notice and ask that they are removed. We are working with the residents to find an alternative whilst ensuring we do not compromise on safety.”