Tall orders in There Is No Evil 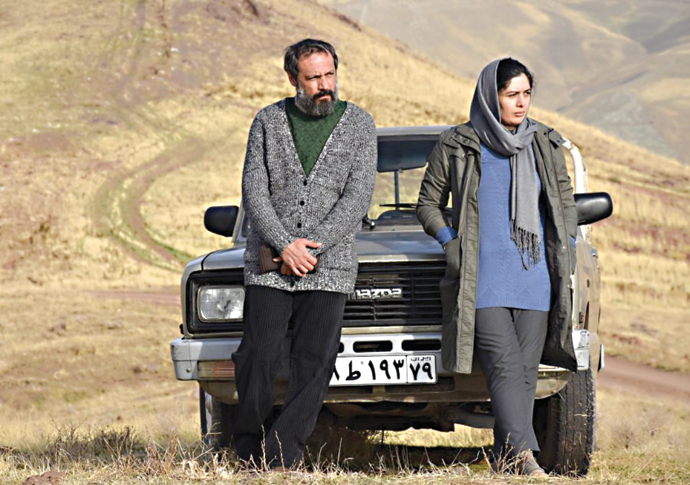 Mohammad Seddighimehr and Baran Rasoulof in There Is No Evil

THERE IS NO EVIL
Directed by Mohammad Rasoulof
Certificate: 15
☆☆☆☆

AS individuals, what choices face us when tasked with enforcing the laws of a state – if that state is the product of inhumane despots?

This is the question at the heart of rebel Iranian director Mohammad Rasoulof’s extraordinary new film.

Set across four acts – and being careful here not to slip out any spoilers, as this film is far too good to be hampered by a viewer’s preconceptions, and should be allowed to slowly unfold – it tells the story of life in Iran through four people who are involved in the workings of a violent and uncompromising state apparatus.

Drawing on Iranian realism – a genre that has in recent years given us brilliant films as A Separation and Close Up – Rasoulof deals with a moral question and relates it to the every day.

In the first act, we meet the mild-mannered night shift worker, who collects his wife from the school where she teaches, dotes on his daughter and lives a mundane and harmless life. Yet when he clocks in at work, a sharp contrast emerges.

The second act tells the story of a conscript who is faced with a horrendous set of options.

Act three picks up the issue from another angle where the results of others’ actions are laid bare, while the fourth tale shows the ripple effect of one man’s behaviour and how it echoes down a generation.

Rasoulof, who has been imprisoned for his film making, was inspired by his experiences within the Iranian “justice” system: “I wanted to tell stories that asked: as responsible citizens, do we have a choice when enforcing the inhumane orders of despots? As human beings, to what extent are we to be held responsible for our fulfillment of those orders?”

Rasoulof recalls how last year, as he was going about his daily business on the streets of Tehran, he spotted a man who had violently interrogated him while he was under arrest.

“Without his knowledge, I followed him for a while. I wanted to take a picture of him, I wanted to run towards him, reveal myself, and angrily scream all my questions. But when I looked at him closely, and observed his mannerisms with my own eyes, I could not see an evil monster. How do autocratic rulers metamorphose people into becoming mere components of their autocratic machines? In authoritarian states, the sole purpose of the law is the preservation of the state, and not the facilitation and regulation of people’s relations. I come from such a state.”

That he has managed to create such an enthralling piece of cinema from a starting point of such despair only makes the film shine brighter. Superb across the board, from the convincing and moving performances, the stunning locations, to a plot that asks questions that get to the very heart of human actions and personal responsibility. A truly amazing piece of cinema.