About Hampstead available to watch 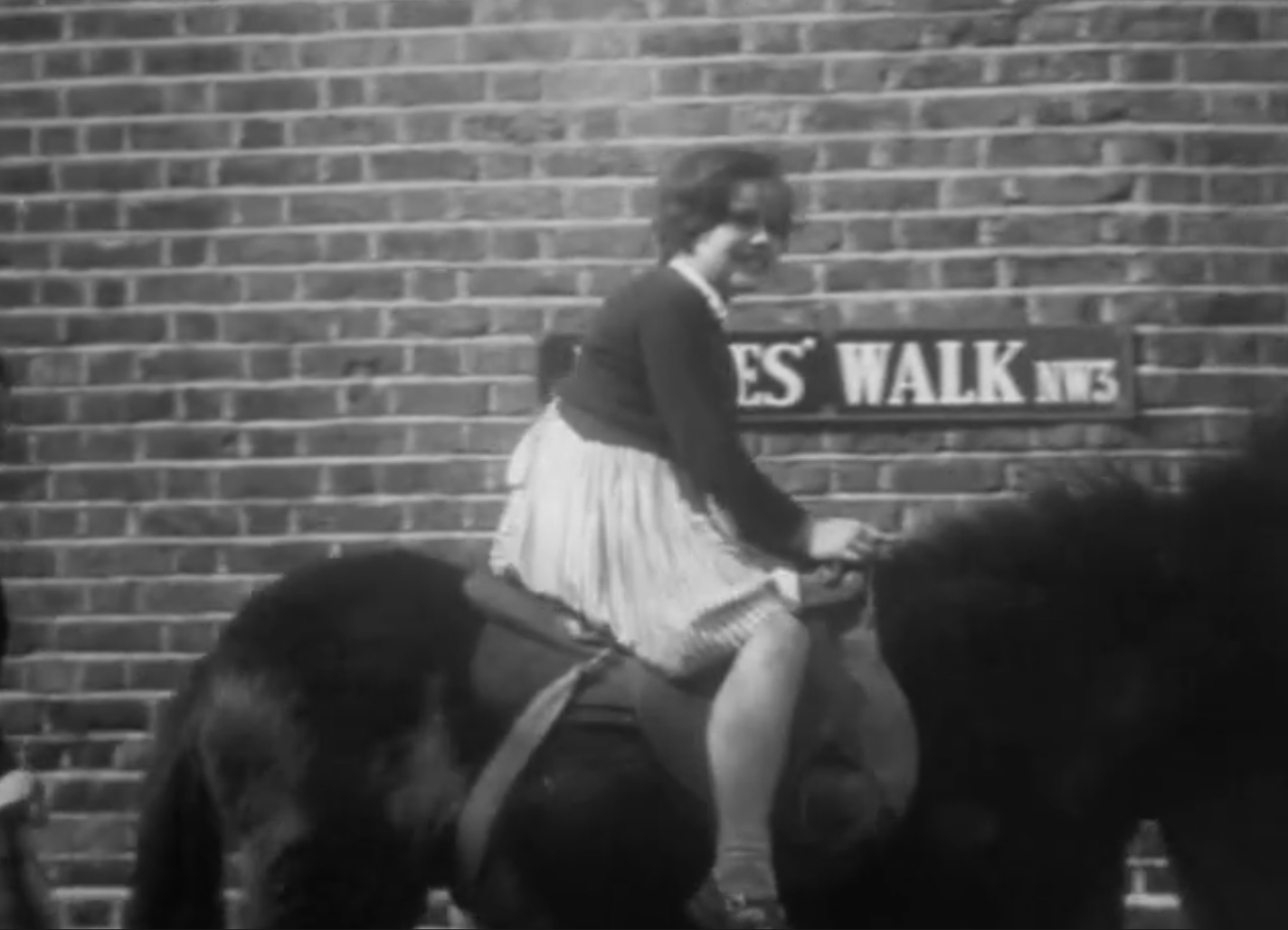 Scenes from About Hampstead

DID a secret tunnel take highwaymen from the Spaniards Inn out onto Hampstead Heath, hastening their escape from the forces of law and order?

The mysterious claim has been made on many occasions, enough to become an urban myth of many decades standing. And the story of the tunnel, which was said to emerge from beneath the Viaduct pond from the Spaniards’ cellar for the likes of Dick Turpin to skip along, has appeared once more in a rare 1950s film documentary about Hampstead.

Handed to the Camden Local Studies and Archives Centre by an unknown donor, the film, called About Hampstead, has been put online by the London’s Screen Archives and it takes the viewer on a voyage through the area.

Shot to be used as part of newsreel shorts which bulked up cinema programmes, it is narrated by Tommy Tomlinson, an actor who had roles in a handful of British films in the late 1930s and during the war. He then earned work as a voice-over, with his perfectly clipped BBC tones.

Tomlinson takes the viewer for a pint at the Spaniards – long rumoured to be the place of Dick Turpin’s birth around 1705, and one of his favoured haunts – and then repeats the claim that a tunnel from its cellars stretched out into the Heath. 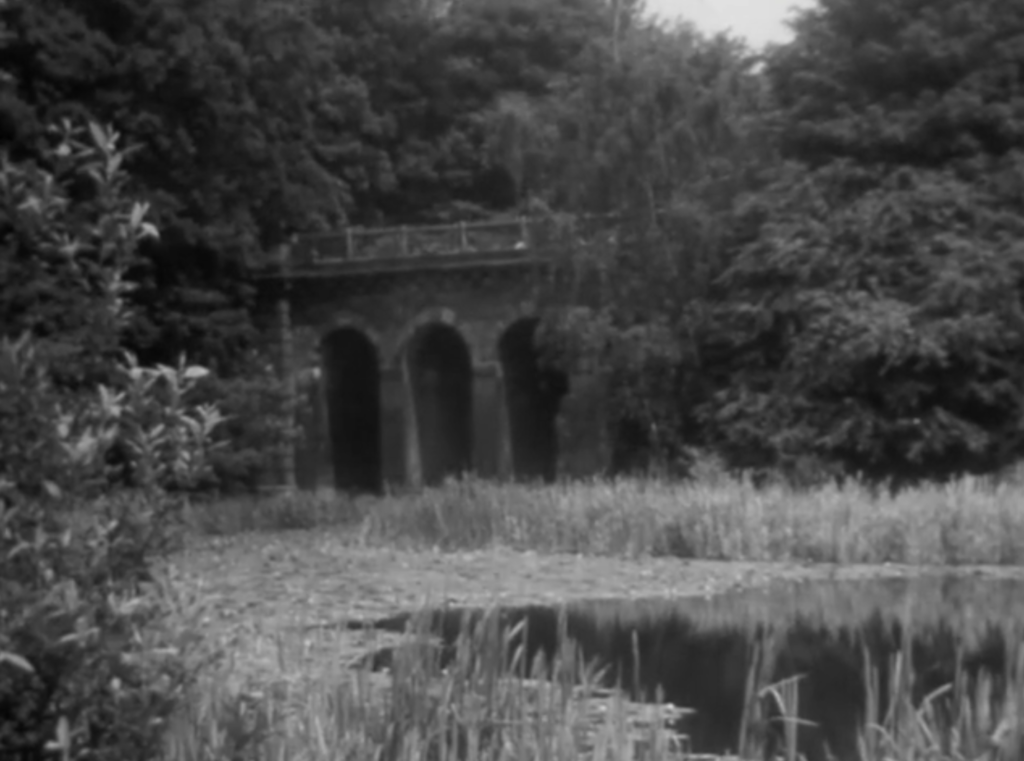 According to the legend, a landlord at the turn of the 1850s was concerned about the number of rats popping out of Turpin’s tunnel into his cellar, he bricked it up – and the long-forgotten entrance is waiting to be found.

Tomlinson also takes the viewer across NW3, describing Hampstead as the perfect place for those who want to live in both the city and the country. We follow a camera crew up to Whitestone Pond to watch model boats, a Punch and Judy show – and political orators. 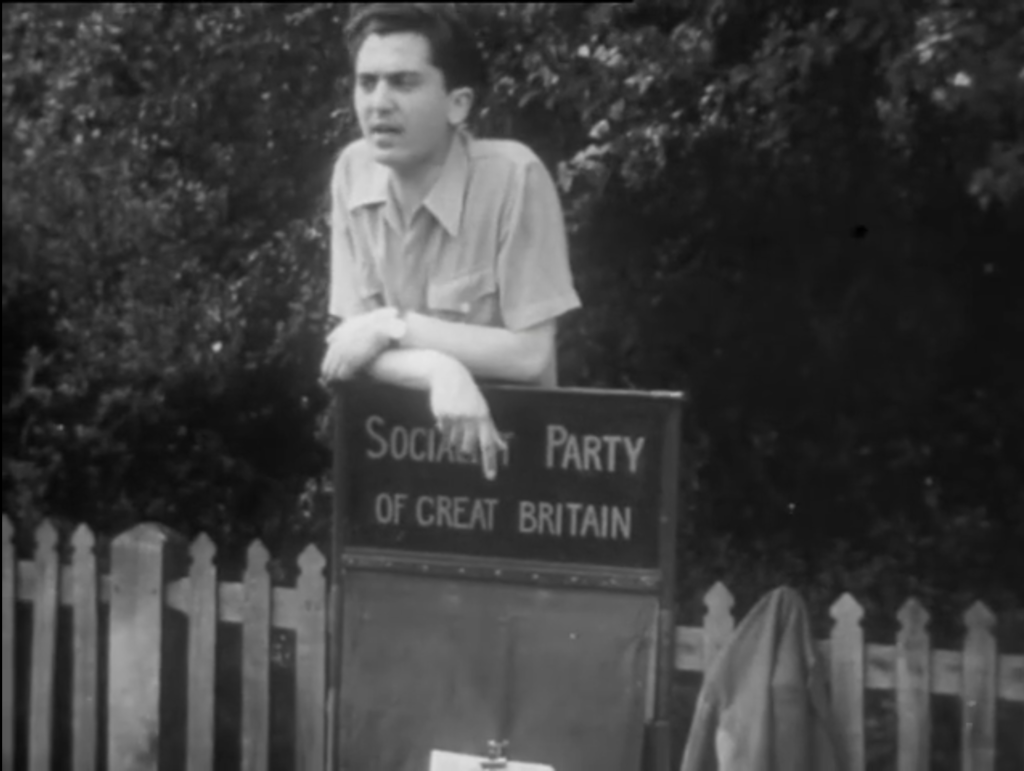 A young Ralph Miliband appears to be at a lectern for the Socialist Party of Great Britain. “For many people, Hampstead means only one thing: the fair,” states Tomlinson as the camera pans its way through the rides to focus on two men, one holding a parrot and another a monkey and surrounded by admiring children.

Other highlights include a stroll along the high street – described as having “a cosmopolitan air, with its coffee bars and antique shops” – and watching children enjoy donkey rides along Judges’ Walk, named due to the courts that met there during the Great Plague.