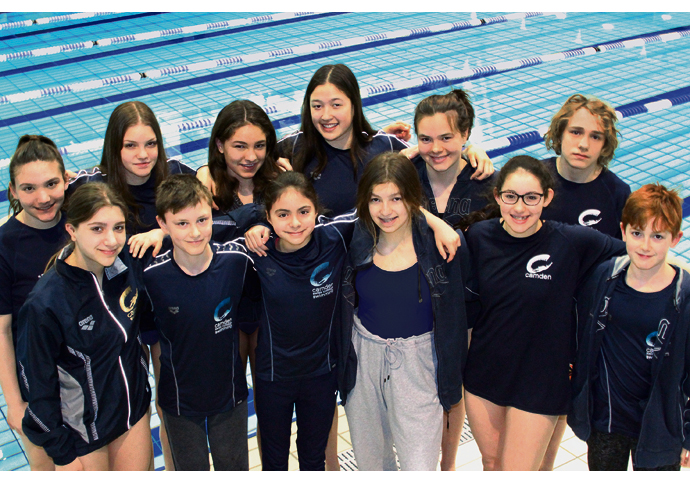 YOUNGSTERS from Camden Swiss Cottage Swimming Club continue to rip up the record books after taking their success to new lengths this month at the 2020 Middlesex County Championships.

Head coach Adam ­Taylor spoke of “pride” and “togetherness” after seeing his super squad of swimmers win an astonishing 128 medals at the London Aquatics Centre in Stratford.

Held over two weekends, Camden Swiss Cottage were officially crowned as the top club in the county after returning home with 57 gold, 40 silver and 31 bronze medals. It builds on their record 2019 success of 112 medals.

“Camden have started 2020 with a dominant ­display at the Olympic pool,” said Taylor. “For a second year running we were Top Club at the championships, improving our medal tally and final swims substantially.

“As coaches it was great to see nearly 100 swimmers from all squads competing together, learning from one another and supporting our proud team. We look forward to continuing this success throughout the rest of the season.” 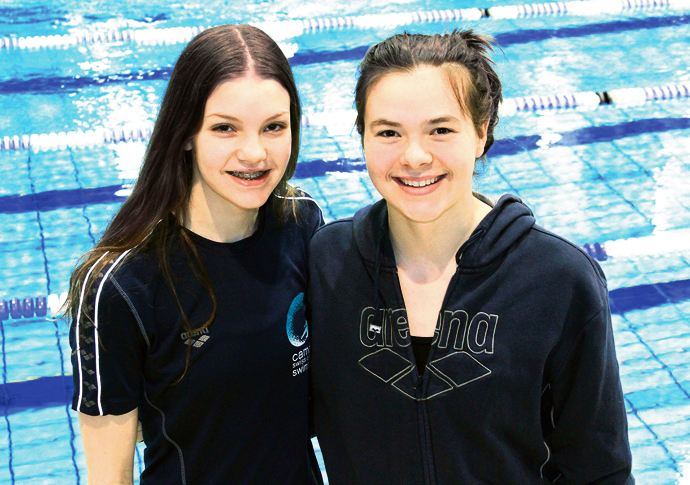 The 12-year-old speedster also scooped a silver in the 50m freestyle and a bronze medal in the 200m backstroke.

Isabella Thanassoulas, 11, and Ava Lambropoulos, 13, kept pace by winning six gold medals each. Isabella took home an impressive 13 county medals, including golds in the 200m backstroke, the 200m butterfly, the 200m individual medley, and the 50m, 100m, and 400m freestyle. She also took silver medals in the 50m and 100m butterfly, the 50m and 100m backstroke, the 100m and 200m breaststroke and the 200m freestyle.

She also won silver medals in the 200m backstroke and the 50m and 200m breaststroke, along with bagging a bronze in the 50m butterfly.

Meanwhile, two of Camden’s youngest competitors, Benjamin Podurgiel and Charlotte Shao, who are both 10, impressively won bronze medals despite swimming in an 11 and under age group.