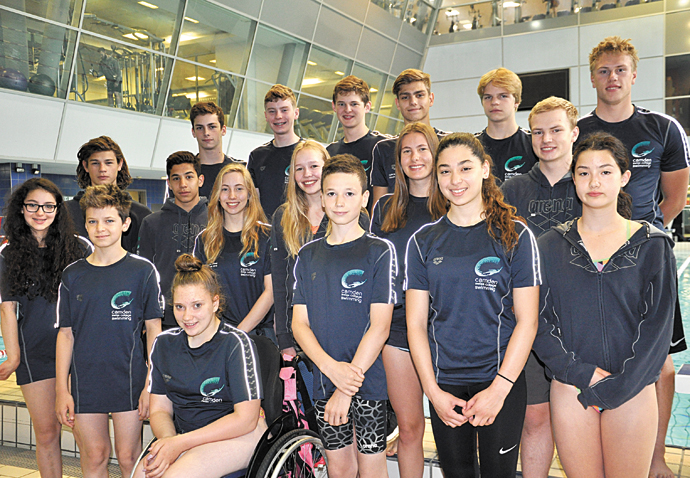 A TEAM of 20 top swimmers from across Camden and Islington have their sights firmly set on Sheffield for the pinnacle of the swimming season – the British Championships.

The very best swimmers from Camden Swiss Cottage Swimming Club will take to the pool from Tuesday onwards to compete in the prestigious five-day event.

But the pulsating pool action won’t be stopping there.

“This is by far the largest number of swimmers we have sent to the nationals in recent years and I am really pleased and proud of the swimmers who have made it,” said head coach Matt Heathcock.

“It has been achieved with a great deal of hard work in and out of the pool.

“Even more pleasing is that we have a few more swimmers who came very close to qualifying. So I am looking forward to building on that for next year.”

Leading the qualifiers at the British Championships will be Alex Borisov, 16, who will be racing in three events – the 200m breaststroke, and the 200m and 400m individual medley.

Backstroker Jackson Olin, 15, will race in the 100m and 200m events, while sprinter Benjamin Moore, 16, has qualified for the 50m butterfly and the 100m freestyle. And Bryce Puszet, 18, will also be hoping to hit the heights when he takes to the pool for his strongest event – the 200m backstroke.

Out of the pool, Brandon Biss, 12, and Gabriele Giovannoni, 13, have both qualified to compete in the Swim England Open Water Festival, while para swimmers Charlie Hyde, 15, and Leah O’Connell, 15, will be racing in the Swim England Summer National Meet.

The British Championships take place between July 25 and July 30 and the Swim England National Summer Meet between August 2 and August 6 at Ponds Forge in Sheffield. The Swim England Open Water Festival is on July 30 and July 31 at the Rother Valley Country Park near Rotherham.