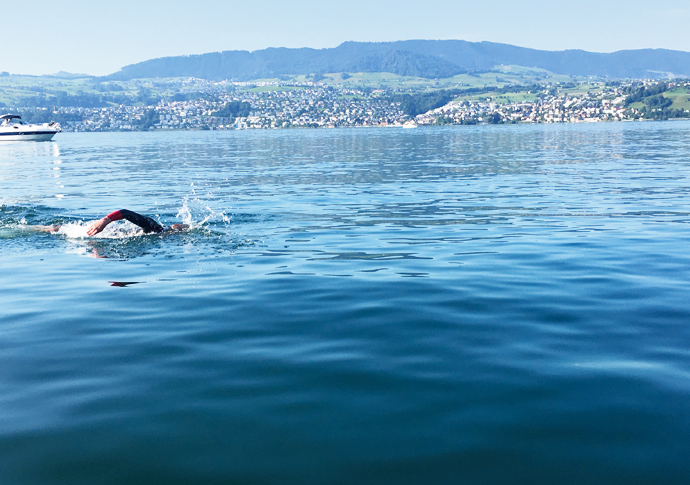 A SUPER squad from Cally Masters conquered the waves after swapping the pool for the open water to tackle the 32nd edition of the Sri Chinmoy Self-Transcendence Marathon.

The Islington-based club, which trains at the Cally Pool in Caledonian Road, Holloway, are no strangers to dominating in the pool. Earlier this summer they won the Middlesex County Masters Championships, with every swimmer that they entered into the competition returning home clutching a medal.

Now members from the club have proved just as commanding in the open water after two Cally crews, each consisting of three swimmers, successfully rose to the challenge of completing a 26km course around Lake Zurich in Switzerland. 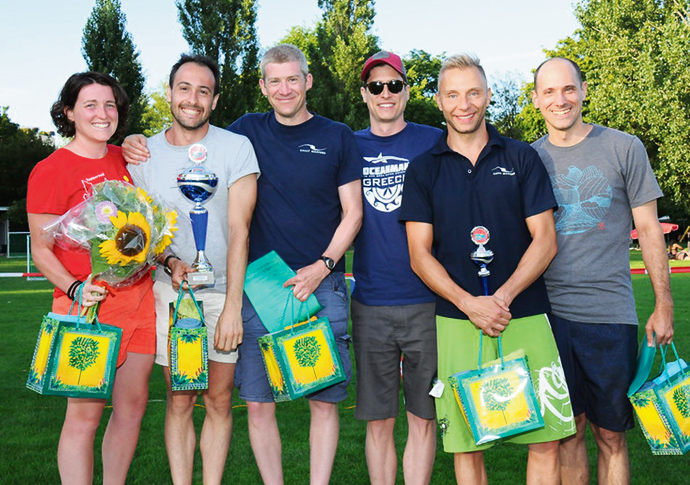 Swimming in one-hour slots, both teams put in a series of sensational swims to finish first and third overall out of a total of 13 teams. The winning team of Lorenzo Caciagli, Katie Curd and Nils Young set a new course record as they finished the swim in five hours 49 minutes, 23 seconds.

Cally club member Susan Green said: “It’s a fantastic result. The swim took place on a hot and sunny day with the water temperature a balmy 24 degrees. And, of course, the scenery was fantastic and a vast improvement over the floor tiles of the lane at Cally Pool where all six swim together several times a week.”