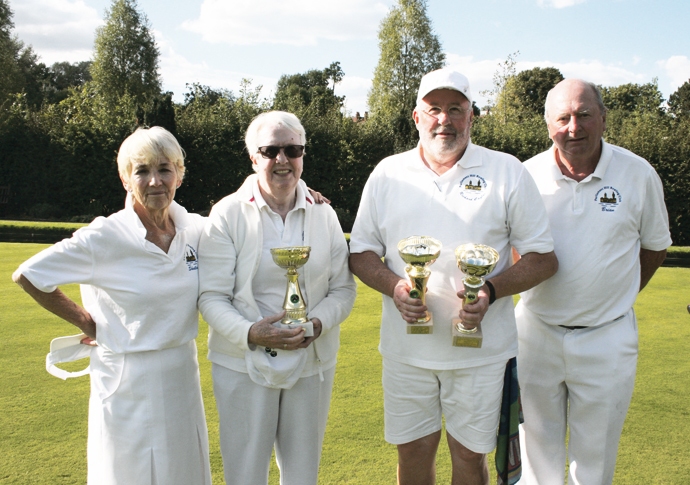 THERE was sun and silverware as Parliament Hill held their annual in-house Bowls Club Championships at their green on Hampstead Heath.

In one of the quickest men’s singles finals in the club’s history, Richard Caylor needed a little over an hour to beat Brian Presley 19-10. Such was Richard’s dominance that at one point he even managed to deliver all of his bowls nearest the jack to take the maximum four points from the end.

Brian’s wife, Sheila, put up a better fight in the mixed open final, but again it was Richard who won out. Richard raced away at the start of the 18-end match, but Sheila mounted a thrilling comeback that was only halted in the 15th end when Richard again managed to take a four-point haul.

He eventually won the pulsating contest 18-13 to clinch the title.

The delighted double winner said afterwards: “I’m over the moon.

“It would be great to sign up new members next season and add even more competition to our club championships.”

Sheila also put in a spirited showing in the women’s singles final where she was again narrowly beaten, this time losing 19-14 against clubmate Ann Taylor.