Summit celebration as park gates are removed from Primrose Hill 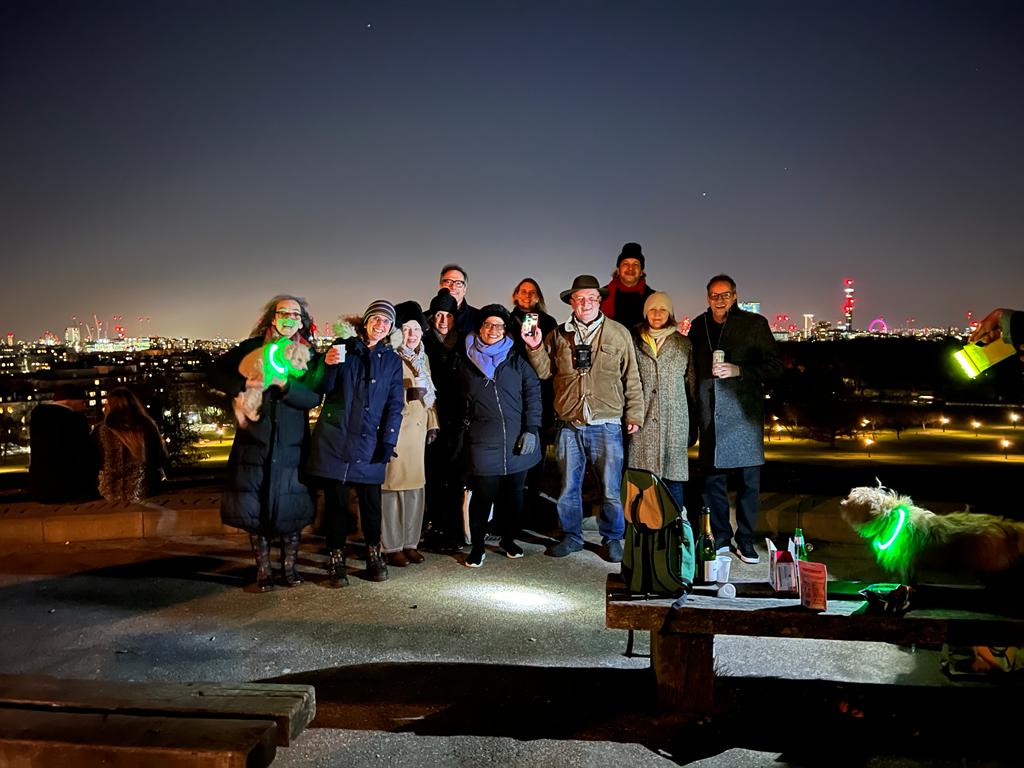 GLASSES were raised and toasts were made on top of Primrose Hill on Friday night as a group which campaigned against the use of locked gates at the park celebrated its reopening, writes Harry Taylor.

It marked the first weekend without gates since May, and the Primrose Hill Keepers – a voluntary group who are trying to work for a long-term plan for the area – met up at 10pm, just as the old fences would have previously been locked by Royal Parks staff. For those who were not able to join the dozen people and dogs on the summit, group member Jonny Bucknell had people dial in on Zoom to take part.

Amy McKeown, who was one of those out on Friday said: “We were delighted to take in the magnificent view of London on top of the hill at night once again.”

But she said a plan was needed, adding: “Without this there is a danger that ‘temporary’ gating and closure creeps back and becomes the norm.”