As recordings of the great pianist have become available, Michael Church recalls how they became friends 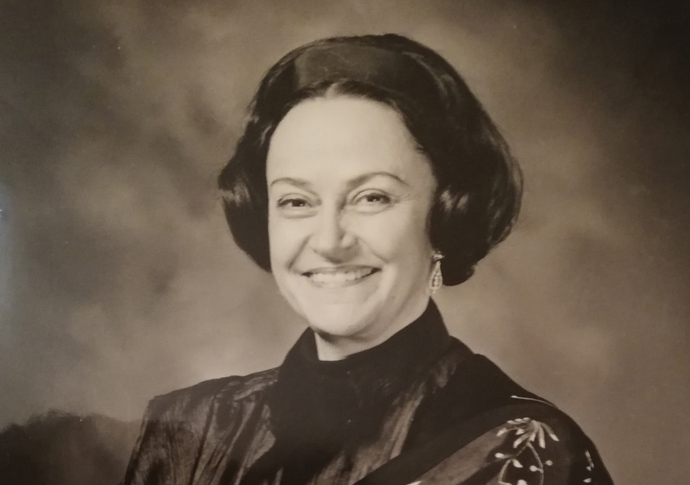 CONCERT pianists must have the physical stamina of an athlete, and the dexterity of a juggler. They must have the ability to carry millions of notes in their heads. Often eccentric, sometimes tipping over into madness, they must have a monastic dedication to their art. They are a breed apart.

And so are the people who set up competitions to rank them. For many years the British pianistic scene was dominated by the Leeds Competition, run by the formidable Dame Fanny Waterman who died last December aged 99. And when a Lithuanian pianist named Sulamita Aronovsky set up the London International Piano Competition in 1986, Dame Fanny was outraged at what she saw as an invasion of her turf. But Sulamita was just as formidable, and her roster of winners soon equalled the calibre of those in Leeds: as a result, virtuoso pianism in Britain thrived as never before.

Now aged 92, Sulamita still coaches students of the Royal Academy of Music who regularly make the pilgrimage to her Highbury apartment with its two giant grands. She herself studied at the Moscow Conservatoire during the golden age of Soviet pianism, and in the 60s she was a star pianist. In 1970 she defected to the West, married a British businessman, and suffered life-changing injuries in a car crash which meant she could no longer play. What has carried her through has been her salty wit, her indomitable will, and her treasury of Lithuanian and Russian memories.

Her own pianistic career had seemed well and truly buried until, one day in 2017, the phone rang and a producer from Vilnius radio announced that some recordings by her had been found.

“I can’t remember why they were made,” she says, “and I had no idea they existed. And he told me a story I still can’t quite believe. In an unmarked box in the archives they found an old reel-to-reel tape with my name, plus an instruction to destroy it. Because, you see, those who left the Soviet Union lost everything – recordings, written works, documents, diplomas. Their punishment was to be erased from history. But some sound engineer must have decided to save those recordings.

“The producer came to see me in London – bearing the traditional loaf of Lithuanian bread, and saying he wanted to interview me. And when I finally listened to the recordings, I thought they weren’t so bad.”

That’s typically modest: on the CD that she hopes to see released soon under the title Amity, her Mozart, Chopin, Ravel, Debussy, and Ciurlionis – as a good patriot, she includes a piece from Lithuania’s leading artist-composer – are of a very high quality indeed.

My own first encounter with Sulamita was in a posh Islington restaurant in 1994, where she pleaded the cause of one of her pianistic protégés, and asked me to write about him. Her manner was politely imperious, but I didn’t take the bait.

A few years later I eavesdropped on a masterclass she was giving at the Royal Academy, and in the course of conversation afterwards she asked if I would like a lesson or two. My own pianism had stopped at A-level, and I’d spent my life reinforcing my own bad habits, but I was curious, so I said yes. And thus began a friendship which persists to this day.

It amused her to have a critic in her clutches, and I found myself on the receiving end of an inexhaustible stream of wisdom. Whatever the piece in question, she would unlock it with a metaphor, or an image, which allowed me to get properly inside it. And she was a fascinating conversationalist, particularly when reminiscing about her days as a student at the Moscow conservatoire.

When Stalin died, Sulamita cried like everyone else – he may have been a mass murderer, but he was also “the father of the nation” – and strict political orthodoxy prevailed even in locker-room conversations. It also governed the music which was played. All traces of “cosmopolitanism” (a charge aimed primarily at Jewish composers) were ruthlessly expunged. A pianist who championed the music of Medtner – who had defected to London – had to confess his “political bankruptcy” in expiation of his crime. Music that had emerged from capitalist countries was regarded as morally corrupt.

Many of Sulamita’s fellow students went on to become global stars: Sulamita’s best buddy was Vladimir Ashkenazy, despite their unpromising start in a competition. “He was to play first, then I would play after him. When I first saw this little man, six years younger than me, I assumed that he wouldn’t be much of a threat, so I felt quite confident. But then he played – and I knew he would become a great pianist.”

He won the prize. Did she forgive him? She laughs: “Of course, and we became lifelong friends. When I went back to Lithuania, he would come to visit – he loved the place. He was like my little brother.”

And the friendship endured. “When I came out of the Soviet bloc and was trying to start a career in London – after my accident had prevented my playing any more – I had no documents for my qualifications, and I couldn’t prove that I could still work at a high level. So he wrote a letter of commendation, explaining that despite my accident I was still able to function as a musician. That letter opened many doors.

“A few years after that, he called and said he needed help. His eldest son Vovka, who was 16, had suddenly decided he wanted to become a pianist. Would I please teach him?”

She did, for six years, with the result that Vovka has made a fine career. Evidence of Sulamita’s excellence as a pianist may be sparse, but as a prolific bringer-on of talent she is beyond compare.

• Amity: the 1958 Recordings by Sulamita Aronovsky is available at:
http://amityrecordings.bandcamp.com