‘Streatery' up and running in Belsize village, but is it like Parisian dining?

Police called after a flashpoint 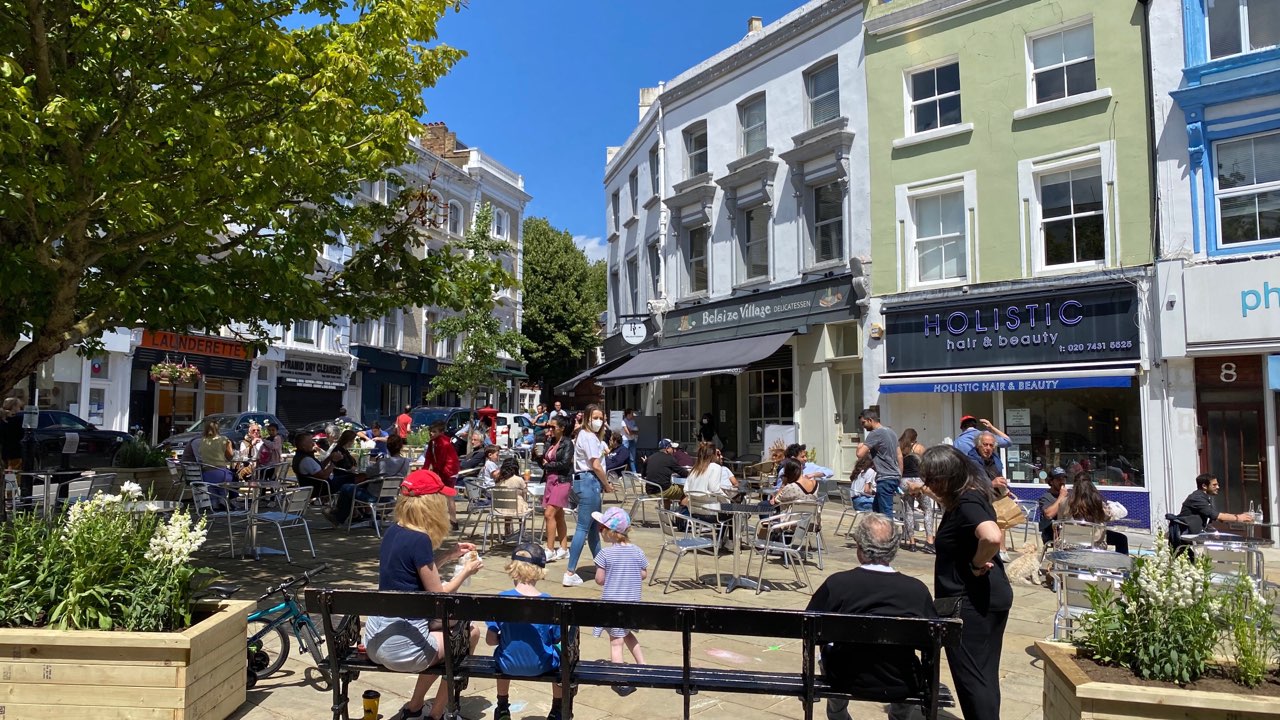 The Belsize Village “Streatery” scheme put 45 tables down in Belsize Terrace on Saturday evening as part of a two-week trial organised by the Belsize Village Business Association (BVBA). Open from breakfast until 10pm, seven days a week, the project aims to help restaurants that have lost indoor space because of Covid-19 restrictions.

But concerns have been raised about only a brief consultation period and the “commandeering of a very nice public square” which doubles as a play space for schoolchildren in the day.

One heated exchange on Friday led to the police being called after an angry dispute about the project.

Belsize community campaigner Linda Grove said: “I am sure that most people are pleased with what has been done, but I have been contacted by mums who are upset their children can’t play in the square anymore.”

The “Streatery” is the brainchild of Bob Padron, who runs the Penrose Care Home, and set up the BVBA in 2018. 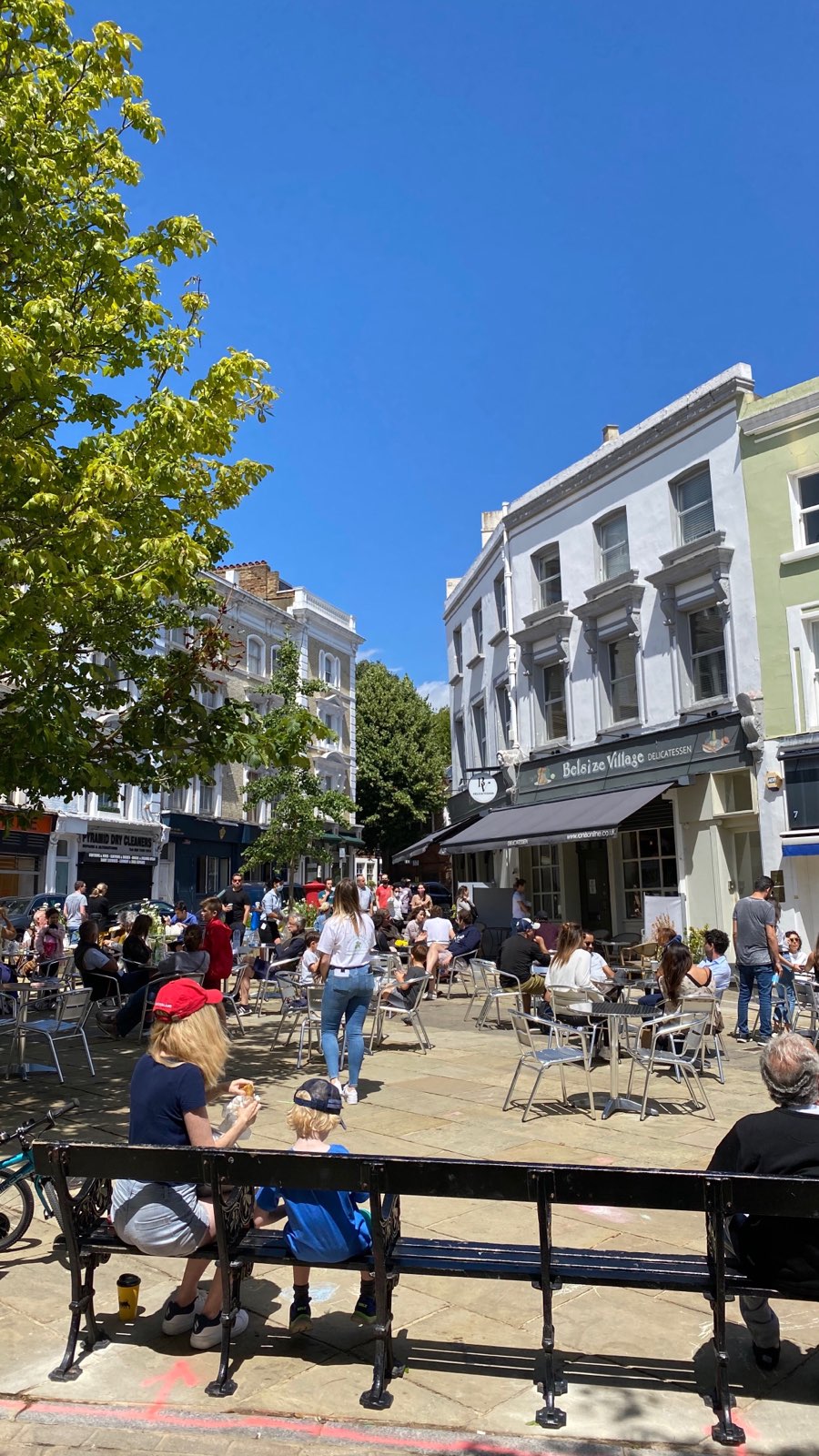 Mr Padron said that “Belsize Village is proud to be the first area of London” to open a “Streatery” – a phrase he says has roots in Parisian culture – adding he wanted to “applaud Camden Council for the support it has provided and the speed with which it has acted to get us through the red tape”.

But in a strongly worded email to Mr Padron, Tim Salmon, who has lived in Belsize Lane for 38 years, said: “I have been in and out of Paris for 60 years, was the author of the Rough Guide to Paris, I was married to a Parisian for 15 years and I have no idea what you mean by a ‘Parisian Streatery’. This is a Sunday supplement view of life that you are peddling.”

The police called round for Mr Salmon on Friday after an altercation with Mr Padron as earth was being shovelled into planters. No further action was taken.

The organisers say they put several laminated posters up in restaurant windows and there were signs around the village. There were 48 email responses of which 47 were supportive and only one opposed.

Conservative leader Cllr Oliver Cooper, Hampstead Town ward, said it was important to give the project “time to adapt”, adding: “We were greatly disappointed that Camden Council didn’t fund the Belsize Village Streatery, given Camden and TfL are spending lots of money on projects residents don’t want elsewhere.”

Lib Dem Belsize ward Cllr Tom Simon said: “It is right that it has opened on a limited basis to start with as local residents and businesses do have concerns about issues such as noise and parking”.

Labour Cllr Danny Beales, on the council’s cabinet, said: “The absolute last thing residents will want to see is empty high streets of closed-up cafés and restaurants. “We must do all we can to support responsible businesses to survive this difficult period.”