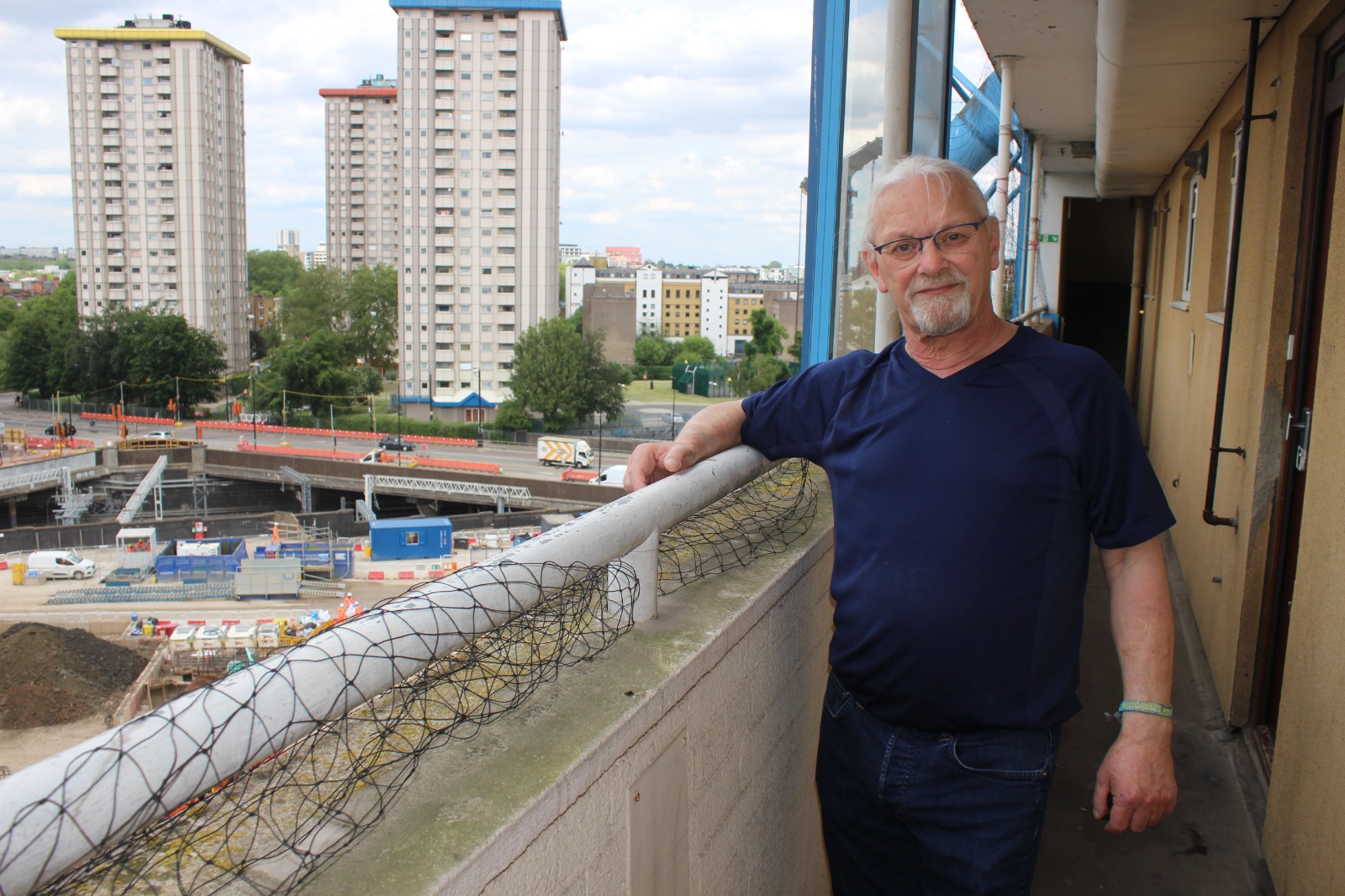 Steve Newman says he is stuck in Langdale

A CONSTRUCTION expert living next to the main HS2 works site says pollution from new generators will be the death of him.

Steve Newman is among council tenants on the Regent’s Park estate who have been awarded extra housing points to try and secure a transfer away from the noise and pollution.

But he has not been able to find a move because he needs specialist sheltered housing following two recent heart attacks.

And now HS2 Ltd – the company set up by the government to run the £100 billion railway link from Euston to Birmingham – has built a five storey temporary office block next to his home at Langdale powered by noisy generators.

Mr Newman, 68, said: “When they switch them on it will bathe the block in poisonous fumes. Everyone’s front doors are facing those generators.

“I am a tolerant man and I can put up with a lot, but the noise and fumes that are about to engulf us – it is going to finish me off. It’s the first time in my life that I feel vulnerable. I already get breathless and I feel like I’m approaching the end.

“When there is a threat to your own life, you contemplate all sorts of silly moves. But I can’t even dry my hair at the moment. I can’t raise my arms, if I do my chest starts tightening up.”

Mr Newman worked on building sites before teaching construction at Westminster Kingsway College in King’s Cross. He said: “Watching the works, it’s technologically fascinating. “But it is not so fascinating late at night when you open your window at 2am and smell diesel, and it sounds like you are on a ship.” 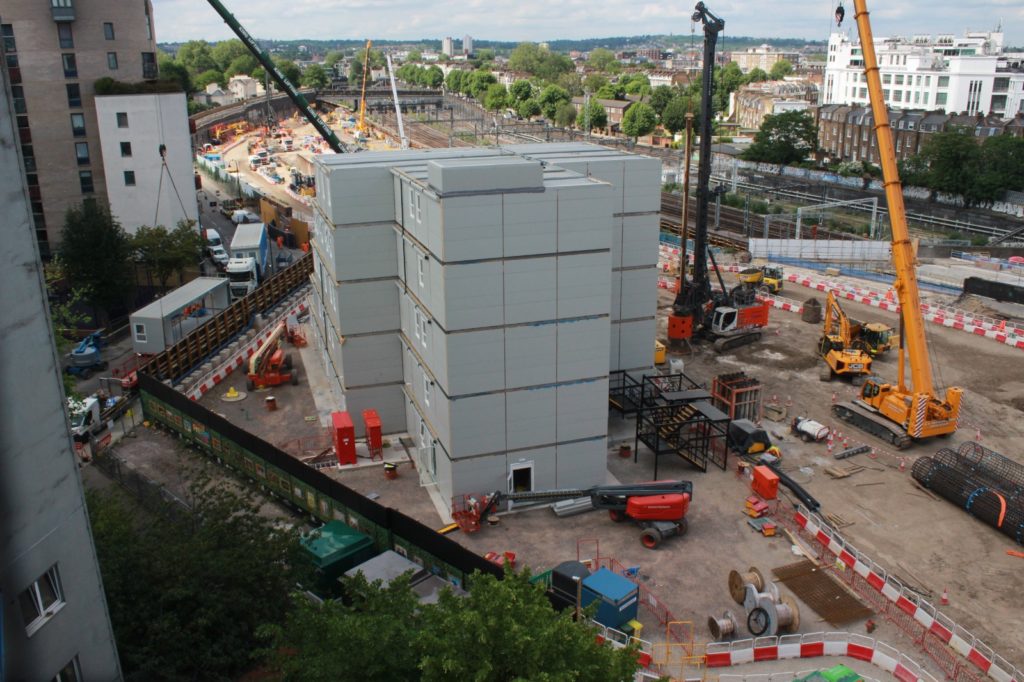 The new HS2 office on the site

The New Journal first raised the plight of Langdale tenants during the Covid lockdown in June last year, leading to high-level talks between the council and HS2 Ltd.

The council thought it had reached an agreement with the Department for Transport, around September, that would have seen all residents moved out of Langdale, Cartmel and Coniston blocks on the Regent’s Park estate.

But the deal collapsed over the high cost of the scheme, leaving residents in unacceptable conditions, according to the council, which then set up its “resettlements scheme” for tenants instead. Leaseholders have been given no extra support.

He added: “I support the council. They are the best landlord I could have. “But they should have rehoused all of us. They do seem a bit hopeless in the face of powers granted to HS2.”

A HS2 Ltd spokeswoman said Hydrotreated Vegetable Oil (HVO) would be used in the generators instead of diesel. A statement said: “We are working to install a mains electricity supply to this site, but installation has been delayed due to the impact of the pandemic.

“Where temporary generators are being used, we have taken a number of steps to reduce the impact on the local community, including using the newest and quietest available equipment, installing acoustic barriers, and using vegetable oil to power the generators, reducing emissions.”