You’ll be spoilt for choice at this year’s EFG London Jazz Festival. So here’s Rob Ryan to point you in the direction of a few highlights 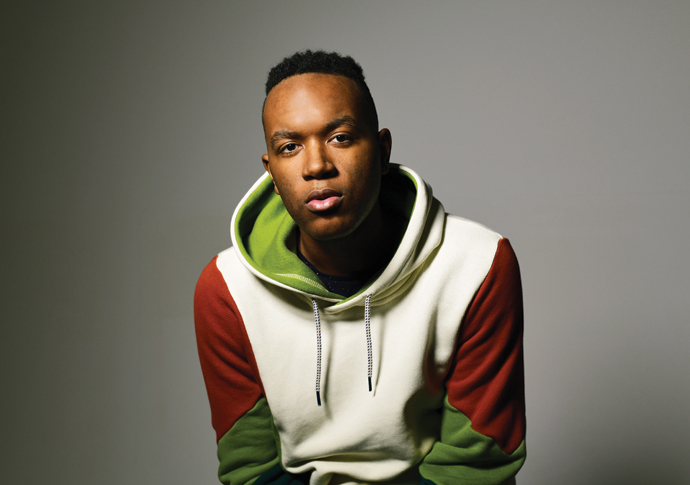 AFTER 2020’s programme of digital-only shows, the EFG London Jazz Festival swings back into live action on November 12 with an eye-popping and finger-snapping 300 gigs at 75 venues – more than we can possibly cover here.

The traditional opening flagship for the whole shebang is Guy Barker’s Jazz Voice at the Southbank’s Royal Festival Hall. Now in its 14th year, the format is to take a cast of first-rate vocalists, get them to perform a standard or two, perhaps with one of their own compositions in the mix, and add lush and inventive arrangements for jazz big band and orchestra by Barker. (Most of the participants have their own showcase later in the festival.)

This year has a strong female presence with Lakecia Benjamin offering spoken word and sax, CeeLo Green’s bass player Adeline bringing some soul-pop to the table, Ego Ella May flying the flag for neo-soul and impassioned and powerful Kurdish singer Aynur pushing out into uncharted territory for the orchestra.

Cellist Ayanna Witter-Johnson describes her style as “a bit of soul, hip-hop and reggae” but there is jazz, classical and contemporary in there too, making for a unique sound. The outrageously talented Michael Mayo is from musical royalty (dad sax player with Earth Wind & Fire, mother session queen Valerie Pinkerton, mentored by Herbie Hancock) and he fuses R&B, pop, hip-hop and Bobby McFerrin-style improvisations with memorable hooks and harmonies.

Fellow American Sachal Vasandani and Scottish singer Georgia Cecile, she fresh from supporting Gregory Porter at the Albert Hall, take good old-fashioned jazz back to centre stage. Georgia also has her own date at Ronnie Scott’s on November 9 (www.ronniescotts.co.uk).

The beauty of this spectacular evening is that if you don’t care for one style of singing, another will be along very shortly and Barker’s charts never fail to delight. The full line-up is on the festival website and it will be broadcast live on Radio 3 and shown on BBC 4.

There are other Americans in town too – Miles alumni guitarist John Scofield and Brit bassist Dave Holland are together on November 14; the brilliant singer Cecile McLorin Salvant brings her beguiling (and sometimes raunchy) show to town on November 16; hot guitarist-of-the-moment Julian Lage plays on Nov 12 and the impossibly cool alto player Lakecia Benjamin channels Coltrane on Nov 13. All four gigs are at the Cadogan Hall. Copper-bottomed sax-playing legends Archie Shepp (with Jason Moran, Nov 12) and Charles Lloyd, Nov 20), supported by the excellent, female-powered supergroup Nerija) turn out for the elder statesmen to show the youngsters how it’s done. Both are at The Barbican. 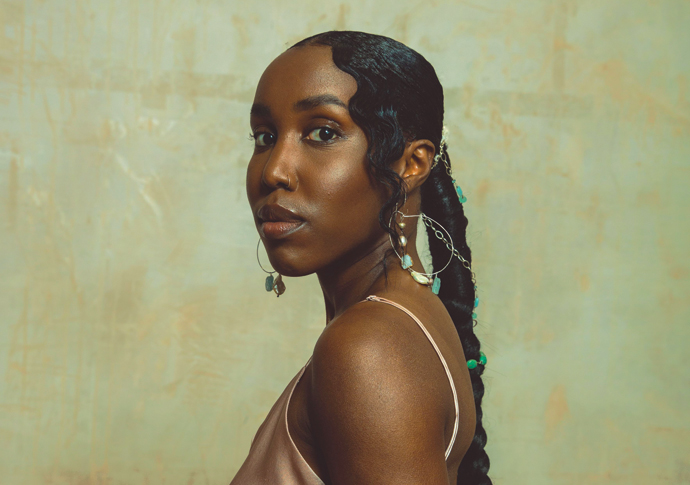 Ego Ella May, who recently won Vocalist of the Year in the Jazz FM awards 2021, appears at Jazz Voice on November 12. Photo: Keziah Quarcoo

The very intimate Green Note in Parkway is a player too, with a raft of gigs including folk-to-free-improv guitarist Harry Christellis’ trio, paired with jazz/electronica outfit Moonfish (Nov 12). On Nov 14 another guitarist, Nick Costley-White, and multi-instrumentalist David Mrakpor explore the music of Gary Burton, Ralph Town, Wayne Shorter and Chick Corea, alongside original compositions. As with most of these venues, check the festival website for full listings at the club.

Hampstead Jazz Club is highlighting two contrasting but equally accomplished pianists. On Nov 12 – a busy LJF night that has just too many goodies – it is Jamie Safir, who has worked with everyone from pop stars Will Young and Olly Murrs to sax giants Iain Ballamy and Stan Sulzmann, and who in fronting his own trio. On Nov 15 it is the jazz/folk/gospel excursions of Sam Leak, whose trio takes off from early Keith Jarrett and just keeps going. Again, there’s a lot more happening at HJC, including dynamic Cinematic Orchestra vocalist Heidi Vogel (Nov 19).

As you’d expect, Ronnie Scott’s has a cracking full 11-day programme of festival gigs, starting on Nov 11 with bass maestro Richard Bona alongside Cuban pianist Alfredo Rodriguez and ending with Bristol’s Snazzback, bringing their melange of jazz, hip-hop and ambient, on Nov 21.

Elsewhere, Radio 6 DJ Gilles Peterson, who has been a key player in the recent resurgence of jazz in the UK, has curated a series of concerts called Selected, featuring exciting newcomers, to run at the Pizza Express Holborn (Nov 15-17). It includes south London’s guitarist and singer-songwriter Jelly Cleaver and Golden Mean, which features members of the much-missed Yussef Kamaal and from Nubiyan Twist, whose Afrobeat-jazz mix always makes for a great live show. And at Soho’s Spice of Life on Nov 13 French guitarist Clement Regert brings an all-star incarnation of his Wild Card samba/funk/jazz band, featuring the usually rumbustious saxophonist Binker Golding in relatively restrained mood, alongside fiery trumpeter Graeme Flowers.

There are some unfamiliar venues in the programme, too. On Nov 15, KOKOROKO’s pianist Yohan Kebede leads an ensemble which includes Mercury-nominated Seed Ensemble’s Cassie Kinoshi, playing the music of Art Blakey. It takes places at Brilliant Corners, normally a Japanese restaurant, but about to be transformed into a Night in Tunisia.

Or how about jazz goes back to school? Pupils of Frith Manor School in Finchley won a songwriting competition run by Jamie Cullum. The prize? His Yamaha grand piano. On Nov 21, someone who can really do it justice, Zoe Rahman, brings her trio to the school to put the keys through their paces with a cache of new material.

There’s one gig that isn’t part of the festival, but I’ll mention it because I like both the artist and the setting. The House of St Barnabas in Greek Street/Soho Square, which manages to be both a homeless charity and a private members’ club, is playing host to spiritual jazz giant Nat Birchall on Nov 19 (tickets: www.eventbrite.co.uk).

I have only scratched the surface here, having missed out concerts by Yazz Ahmed and the BBC Concert orchestra, Irreversible Entanglements, Soweto Kinch, Brad Mehldau, Amadou & Mariam…

The proof that this music is more than ever a very broad and thriving church (Zappa’s famous quote “Jazz isn’t dead, it just smells funny” has never seemed so lame) is right there in the EFG LJF programme. Dive in.