Sticky Bun dads are on a roll!

Inspirational underdogs get in shape and take on the young guns 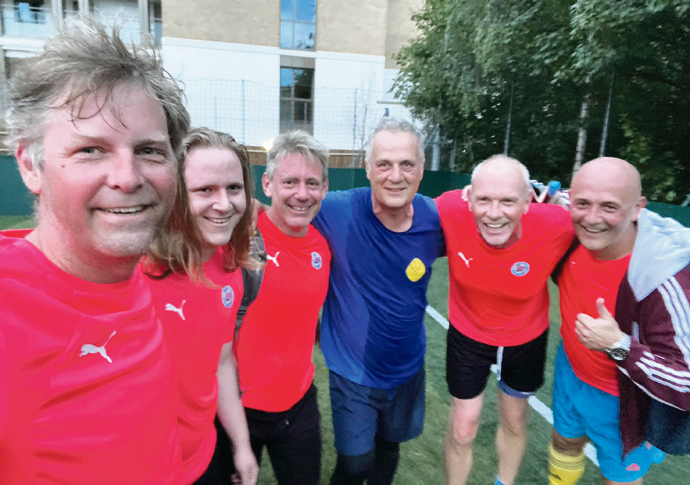 A SQUAD of “dad footballers” are rolling back the years by taking on sides half their age in a titanic title tussle.

With just three games to go, Sticky Buns are hoping to chase down Islington-based rivals Finsbury Sharks in the Haverstock Five-A-Side Premiership.

To some, closing a seven-point gap when there’s only nine more points left to play for would seem a disheartening task.

But for a side that were used to getting walloped every week, an underdogs trophy charge is just what the doctor ordered.

“When we first started playing we were getting thrashed by much younger, fitter teams,” explained Andy Macleod, who formed Sticky Buns alongside Ross McIntyre, who came up with the team name, and Gideon Wetrin.

“Slowly but surely, however, we all started getting fitter. We also stopped running around like headless chickens and made some basic changes, like not eating before a game and making regular substitutions during matches.

“We started to imagine what it would be like to draw a game. Then, suddenly, something mad happened, we actually did it! It meant so much to us. Then, in the last couple of months, we have put together a run of wins and draws. It’s been incredible.”

And now Sticky Buns – largely made up of players from Tufnell Park, Dartmouth Park and Kentish Town – are dreaming of a title triumph to rival that of the 5,000-1 shot that shocked the Premier League.

Sticky Buns was founded in 2018 by a group of dads in their forties and fifties who “started to think about their health more”. Since then the fun-filled adventures have grown beyond football.

Andy added: “We were a bunch of dads whose children played for Highgate Rangers. When we dropped the kids off at training we’d all chat, and we decided that we wanted to start playing, too. It all grew from there.

And the name Sticky Buns? It’s a playful slice of pure poetry, Andy revealed: “Well, we are all partial to a good pastry, and we’re old men running around getting sweaty, so we quickly get… Sticky Buns.”